Get the best Afghanistan vs Ireland cricket match predictions, latest news and schedule here on Crictips.com. 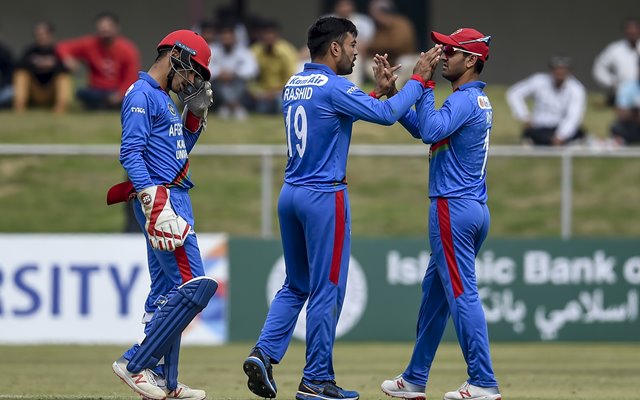 Afghanistan and Ireland will face-off for one final time on Tuesday in the three-match ODI series. Though the Asghar Afghan-led side has taken an unassailable lead of 2-0 in the series, no game is a dead rubber as such nowadays thanks to the introduction of the ODI Super League which is playing a crucial role in the qualification of World Cup 2023.

Visit our review on 10cric to get updated on our best bets for this game, and even beyond. The site is full of playing and betting strategies you can trust.

10 more points are up for grabs for both sides and this inspiration is enough for Ireland to take the field. The scoreline doesn’t suggest how well the visitors have played so far. The likes of Paul Stirling and Curtis Campher have stood up with the bat but the bowlers have disappointed over the last two games. Lorcan Tucker also did well in the series opener and they will hope that the whole team puts in a collective effort to end the tour with a win.

Afghanistan, on the other hand, will be delighted after the way they have turned up so far. This is their first series after cricket stopped due to the COVID-19 pandemic and the players have responded well to them. More than the first ODI, the win in the second match must have been brilliant for them as their talismanic cricketer Rashid Khan couldn’t do much for them.

This man has to make it to the top performers list when Ireland is playing. He has displayed immense composure on this tour. He scored a ton against UAE in the first ODI and even in the last game when the ball was turning a lot, he played well scoring 128 runs. If Ireland are to win this game, they will need Stirling to click one final time.

Rashid Khan is a superstar cricketer. He didn’t pick many wickets in the last game but the impact he makes is always high. The leggie will be keen on making amends and delivering a memorable win for Afghanistan once again.

Rahmat Shah showed his class in the previous game scoring a ton. He is the glue of Afghanistan’s brittle batting line-up and once again, he will be expected to step up at number three.

We have provided you our best probable winners. But betting is not just about who could win. It’s a lot of strategizing and analyzing. Click cricket betting tips to get the most recent news and updates.

Ireland have fought well in this series but to no avail. Afghanistan have been too good for them and the Asian team will be again looking to put their best foot forward and whitewash the visitors. 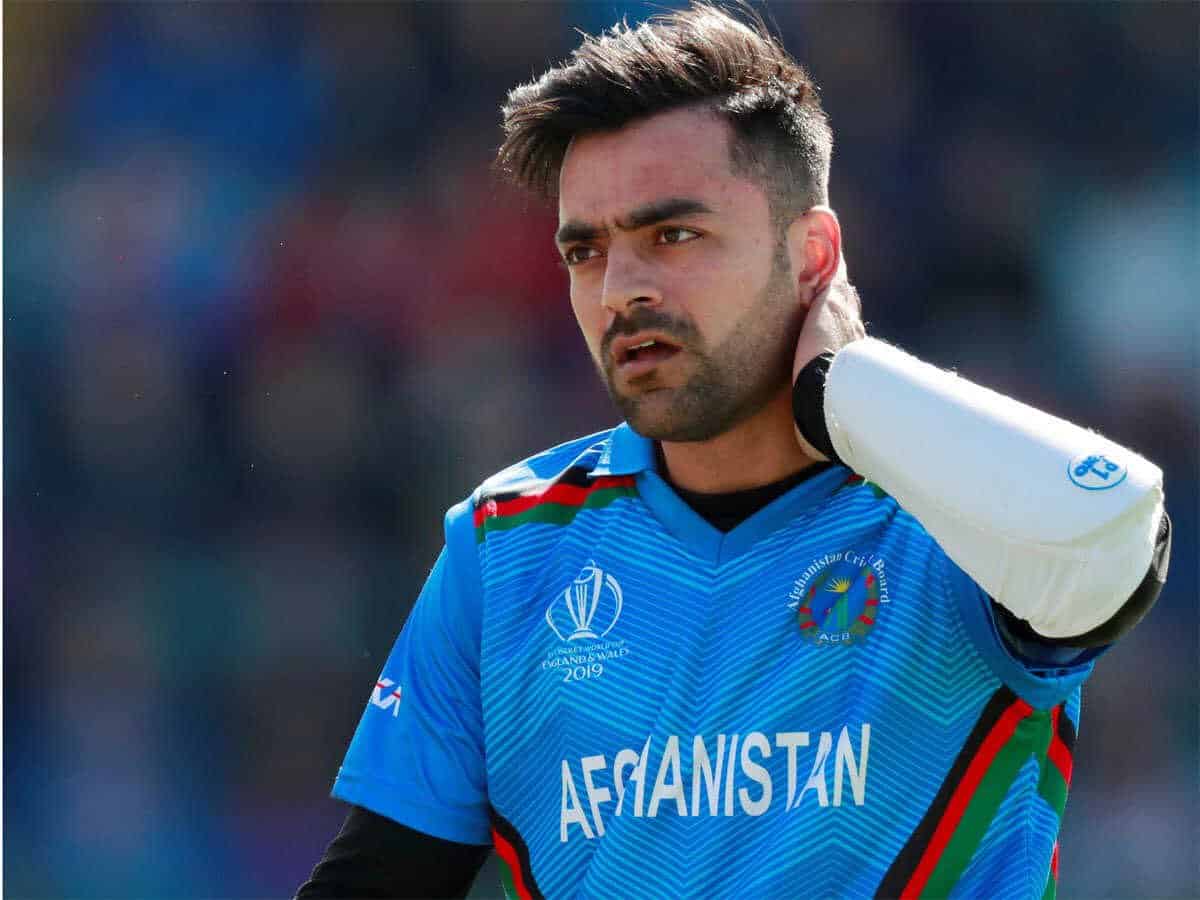 Afghanistan and Ireland will go up against each in the second of the three-match ODI series on Sunday. The venue remains the same which gives the players a chance to improve their game as they don’t have to adjust to the conditions. Afghanistan are currently leading the series by 1-0 and the visitors will have to step up in order to stay alive.

Rahmanullah Gurbaz was the star for Afghanistan in the first game as the debutant slammed a sensational century. But their worry will be the way the middle-order collapsed. It was due to Rashid Khan’s brilliant half-century that they managed to reach 287 in their 50 overs.

Ireland, on the other hand, would be actually happy the way they competed after being looked down and out at one stage both with the ball and bat. Curtis Campher and Andy McBrine were top performers for them. However, the rest of the line-up should step up to make sure they take the series into the decider.

Rahmat Shah didn’t have a good outing in the series opener. He is the glue of the Afghanistan line-up batting at three and his wicket triggered a collapse. He will be aware of the same and would want to make amends in this encounter and thereby help Afghanistan seal the series with one match to go.

Andrew Balbirnie, the Ireland skipper, has so far scored 71 runs in three ODI innings in the UAE on this tour. These are not encouraging numbers by his standards. For Ireland to stay alive, probably their best batsman has to step up and score big runs.

AFG vs IRE Head to Head

The toss is expected to play a crucial role yet again as the pitch breaks down in the second innings. Having said that, one would expect Ireland to stage a comeback and level the series.

We have provided you our best probable winners. But betting is not just about who could win. It’s a lot of strategizing and analyzing. Click cricket betting tips to get the most recent news and updates.

The 10th ranked team will take on the 11th ranked team from tomorrow in a three-match ODI series as part of the new ICC World Cup Super League. All three matches will take place at the Sheikh Zayed Cricket Stadium. The series will start on 21st January, and the last two ODIs will be played on January 24th and January 26th.

Ireland could play only two matches against the United Arab Emirates (UAE) as a preparation for the series against Afghanistan where they won a game and lost one. While they were beaten by 6 wickets in the first ODI against UAE, with Chundangapoyil Rizwan and Muhammad Usman scoring centuries for UAE, Ireland stormed right back in the second game and thrashed the UAE side by 112 runs.

Simi Singh was the hero of the second game, picking up 5 wickets and made life miserable for the UAE side. On the other hand, this would be the first ODI series for the Afghanistan side in 2021. The last time Afghanistan played an ODI series was in November 2019, when they took on the West Indies. The ‘Men in Maroon’ whitewashed Afghanistan in the three-match rubber.

After his stunning exploits in the second game against UAE, Afghanistan should definitely be wary of the threat that Simi Singh possesses. The right-arm off-spinner was literally unplayable in the second ODI against UAE. In the 10 overs that he bowled, Singh took 5 wickets and gave away just 10 runs. He just ripped through the UAE top order. Singh would definitely be a name to watch out for.

Paul Stirling held the innings together for Ireland in the first ODI against UAE. The bulky right-hander scored a sedate unbeaten 131 to help Ireland post a competitive total of 269 runs on the board. In fact, Stirling has scored two centuries in his last three ODI innings. His riveting 142 against England at the Rose Bowl allowed his side to beat the 2019 World Cup champions in their own backyard last year.

Stirling is also the highest run-scorer for Ireland in ODI cricket, with 4412 runs to his name. If he can get a good start in tomorrow’s game, then he will give a lot of headaches to the opposition.

He is young, can keep the batsman guessing, and is a strike bowler. In fact, in the year 2019, Mujeeb ur Rahman was the highest wicket-taker for Afghanistan. The 19-year-old spinner took 19 wickets for the Afghan side in 2019. Even in Afghanistan’s previous ODI series against the West Indies, Mujeeb scalped 5 wickets at an excellent average of 26.80. He can form a lethal spin bowling combo with ace spinner Rashid Khan.

A tough battle can be expected, with both the teams almost evenly matched. But then, with Ireland coming on the back of a thumping victory over UAE, and with them having stunned England at the Rose Bowl, expect Ireland to draw first blood in this series.