Justin Langer: “These Are Complete, Utter Rubbish. I Had a Long Chat With Cummins”, Justin Langer 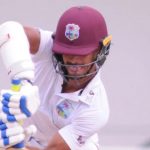 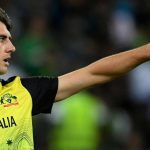 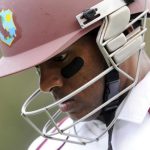 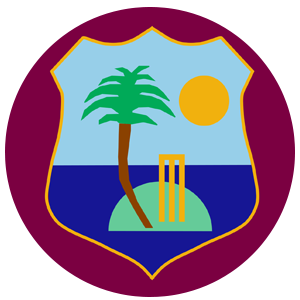 Total fours will be under 26.5

After a quick turnaround, Aaron Finch-led Australia is all-ready to square off against Nicholas Pooran-led West Indies in the last encounter of the proceeding T20I series on Friday (October 7). The iconic Gabba cricket stadium of Brisbane is assigned to host the high-octane match of the two-match series.

Despite registering a victory in the first match of the series, the performance of the Australian team remained under scrutiny. The Mitchell Starc-led fierce bowling unit was clinical but the batters failed to put up a show. The star-studded team is likely to enter the upcoming encounter with the same choice of players.

It was a similar outing for Nicholas Pooran and co. in the last game. The batters started the game in a poor fashion but the team made a remarkable comeback in the latter part of the game due to a professional bowling performance. Windies too is expected to back the same 11 players for the enthralling game.

The Gabba cricket stadium located in Brisbane is possibly the most historic Cricket venue in Australia. The home side has a dominating record at the venue, especially in red-ball cricket. The venue features typical Australian hard and bouncy pitches. Bank on fast bowlers to create a significant impact in the all-important game.

The first encounter of the series produced a last-over thriller, with Australia managing to achieve a close victory. The Caravan now moves to Brisbane for the second and last game of the two-match series. It will be a must-win encounter for both teams as a triumph in the game will help Australia clinch the series, while the visitors still have an opportunity to level things up.

A few senior Australian players namely David Warner, Mitchell Marsh, and Mitchell Starc were making their comebacks after a brief break in the last game, hence they were visibly a bit rusty. It impacted the team’s performance significantly. However, after a couple of days’ game-time, the marquee players will certainly get back into the groove.

Count on the hosts Australia to put up a dominating show and register another victory in order to clinch the series win. Australia is undoubtedly more equipped to face the difficult batting conditions in Brisbane. It has been a while since the Aaron Finch-led side has faced a defeat at this particular venue.

Warner, 35, is possibly the best Australian all-format batsman going around. The left-hander is known for his consistency in all three formats. He is making a comeback in the side after a brief break and will be desperate to score some runs before the all-important T20 World Cup.

Holder, 30, is the premier all-rounder of the Windies side in white-ball cricket. The right-hander had a remarkable run with the ball in the recently-concluded edition of the Caribbean Premier League. Holder contributed with 1 wicket in the last game, having an impressive economy rate of 7.5.

Australia to score over 53.5 runs in the Powerplay

The opening encounter of the Australia-Windies T20I series is set to occur on Wednesday (October 5) at the Carrara Oval sports stadium located in Queensland. The high-anticipated game of the brief two-match series is scheduled to commence at 1.40 PM Indian Time.

It will be a quick turnaround for Aaron Finch and co. as they featured in the T20I series against India a week back. Australia will enter the series with its full-strength squad. Senior all-rounder Marcus Stoinis is the only player unavailable for the series (Injury).

The Nicholas Poran-led team will unite after an extensive break. The Caribbean players were engaged in the recently-concluded season of the Caribbean Premier League for a month-long window. The young team will be well-prepared to lock horns against the star-studded Australian team.

It is expected to be an overcast day in Queensland on Wednesday. The standard temperature of the day is predicted to be around 22 degrees celsius with a humidity of 62%. The chances of precipitation are close to none while the wind speed will be 21 km/h.

The Carrara Oval of Queensland is a prominent multi-sport stadium in Australia. The venue hosts multiple Cricket, Football as well as Rugby matches throughout the Australian summer. Carrara Oval features a large crowd capacity, equal dimensions, and batting-friendly pitches. We expect the par total at this venue to be over 180.

The two-match series between Australia and West Indies will be extremely crucial for both sides. The top international teams will be aiming to get much-needed game time under their belt before the start of the T20 World Cup 2022, which begins in two weeks’ time.

Rely on the hosts Australia to achieve a significant win over Nicholas Pooran’s West Indies. Being the hosts, The Men In Yellow enter the series as runaway favourites and the team is certainly superior to West Indies on paper and performance-wise.

Aaron Finch-led Australia are the defending champions of the T20 World Cup. The team had an extremely successful outing in the last World Cup which took place in UAE and will possibly head into the all-important mega ICC event as favourites this time around as well.

Maxwell, 33, a middle-order batsman of Australia has a big reputation when it comes to the shortest format of the game. The right-hander possesses the rare ability to be extremely consistent with a relatively higher strike rate. Maxwell did not have an impressive outing in Australia’s recent series against India and he is bound to make a strong comeback.

Joseph, 25, leads the bowling attack of Windies along with Obed McCoy. The right-arm pacer has many weapons in his armoury including consistent speed and bounce. Joseph will be undoubtedly extra dangerous on hard and bouncy pace-friendly Australian pitches. Bank on him to make a significant impact in the all-important game.

Justin Langer: “These Are Complete, Utter Rubbish. I Had a Long Chat With Cummins”, Justin Langer