If you’re a cricket lover and are looking to place wagers on options beyond the Indian Premier League, then BPL is the right choice for you. This article will cover what BPL is and discuss the popular cricket competition’s history. Moreover, we’ll cover how predictions for BPL matches are made and ultimately decide whether you should rely on these predictions or not. Read on.

BPL stands for the Bangladesh Premier League, and it’s the 16th most attended national cricket league in the world since Bangladesh is a country where cricket plays a significant role among sports fans. It’s one of the three professional cricket leagues in the country and is focused on Twenty20 cricket. At the moment, the league consists of six teams, but that number has increased over the years.

The Bangladesh Premier League is a relatively young competition, as the first edition took place in 2012. The Bangladesh Cricket Board (BCB) had been closely monitoring the Indian Premier League (IPL) before deciding that such a format would be very successful in Bangladesh as well. That’s how the BPL came into being, replacing the National Cricket League with a franchise-based approach to competition.

The BCB made a six-year deal with Game on Sports Group, with the group providing exclusive management rights to BCB. The initial number of teams was six, although some teams were added and others lost over time.

The first edition of the tournament took place in 2012. All matches were held in the Sher-e-Bangla National Cricket Stadium and Zohur Ahmed Chowdhury Stadium in Chittagong. The first-ever BPL champion was Dhaka Gladiators.

One more team was added in the second season — Rangpur Riders. However, many players and administration workers were banned for fixing matches, so the second season of the BPL was somewhat controversial. Due to this scandal, the league was cancelled in 2014 and continued in 2015. In the meantime, many changes were made, and the competition eventually became popular in Bangladesh and beyond.

The league usually starts in November, and each team has to face every other team two times during the league stage. After the regular season, the top four teams advance to the playoffs, where one single-elimination game and two qualifier games are played. Qualifiers 1 and 2 meet in the finals to decide on the winner.

The main body controlling the league is the Governing Council, and the Bangladesh Cricket Board appoints its members.

The current teams that are part of the league are:

Two teams that took part in the league but are now defunct are Rajshahi Royals and Rangpur Rangers.

How Are BPL Matches Predicted

To place wagers on the Bangladesh Premier League, it’s always wise to read a couple of high-quality predictions and see what they have to say about all upcoming matches. Don’t think of predictions as 100% accurate, but consider them an expert’s opinion on what to expect. So, what does a good BPL match prediction consist of?

Every prediction should start by pointing out vital information on the upcoming match, such as the date and time of the game, the stadium where it will be played, etc. That way, you can quickly navigate to the match on the online bookie of your choice.

New cricket fans often overlook the pitch when deciding how to bet. However, the pitch plays an essential role in cricket, so it’s imperative to pay attention to the report. For example, hard pitches are good for spinners, whereas flat pitches give batsmen the upper hand.

Next, reading the BPL cricket prediction preview section is essential to learn more about the two teams locking horns. You’ll usually get additional data about the teams’ prior performances, their head-to-head stats, and more. All of these things will have at least a small effect on the upcoming match.

Weather can be an important factor in deciding the outcome of the match. Of course, no weather forecast is 100% accurate. Still, the weather is, on the whole, easier to predict than the outcome of a match, so we have to consider the possibility of strong wind and similar conditions that would give certain teams a disadvantage.

In most cases, it’s not possible to know which players would start a match. However, a good prediction will always have a high level of accuracy in this part. Experienced sports bettors who make predictions usually take various things into account, including previous playing XIs, injuries, the overall atmosphere in the team, news related to the two teams, and more. This often helps them come up with the playing XIs, and that could have a positive effect on your wager.

Finally, suppose you like making moneyline bets and predicting the winner. In that case, this is probably the most important section, as an experienced cricket betting professional will give you their opinion on who the winner will be. Of course, this will not always be accurate since the beauty of sport is in the upsets. However, experts usually rely on statistics in this part, meaning they’ll usually be able to tell who’s likely to win based on the available stats.

Final Thoughts — Should You Rely on BPL Predictions?

Every BPL cricket prediction written by a cricket expert can only help you make the right decision. Still, you should understand that these are predictions, so their accuracy may not always be 100%.

If you’re interested in high-quality predictions, feel free to check out the other leagues on Critics, such as the IPL and other popular cricket competitions. You’ll have a unique opportunity to learn more about upcoming matches and get some of the best predictions from leading cricket betting professionals. 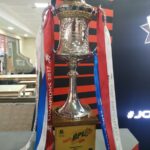 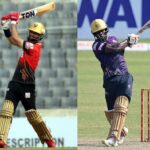 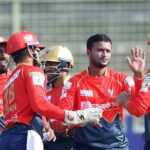