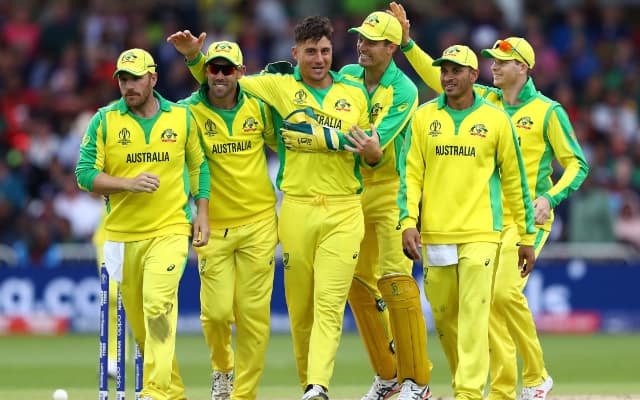 The five-match T20I series between New Zealand and Australia will be decided by the fifth and final game after the visitors won the fourth game in Wellington to keep the series alive. The upcoming fifth T20I is scheduled to be played on Sunday (March 7) at the Westpac Stadium in Wellington from 12:00 AM local time (04:30 AM IST)

Australia had their back against the wall after losing the first two games before bouncing back in style to win the third and fourth game to keep the series alive. On Friday (March 5), the visitors thrashed the hosts by 50 runs to draw level in the series. Captain Aaron Finch led from the front and scored an unbeaten 79 to guide his team to a competitive total of 156 for 6 on a tough batting pitch.

The bowlers then came up with a stunning display to bowl out New Zealand for a paltry 106. The Black Caps will have their task cut out in the fifth T20I. With the momentum firmly on Australia’s side, the hosts will have to come up with an inspirational performance to get back to winning ways after suffering two thumping losses in a row.

If you are reading this, we assume that you want to try betting. If you are unsure about how to start, try parimatch india, it’s reputable and trusted.

The pitch used for the fourth game had a slowish surface that aided turn as spinners from both teams made merry. Batsmen struggled for their timing throughout the game as Wellington witnessed a low-scoring affair. The same venue will host the fifth game and one can expect an even contest between bat and ball.

The average first innings score in the first 5 completed matches at this venue is 189.

After a tough phase that saw Aaron Finch invite criticism from all around, the Australia skipper has finally found form with two back-to-back fifties. He scored 69 off just 44 balls in the third T20I before his 79-run knock in the fourth game. With form on his side, Finch will be raring to play another big knock in the series-decider.

Glenn Maxwell played a whirlwind knock of 70 runs in the third game and got start in the fourth game too. He was on 18 off just 8 balls before being dismissed. The hard-hitting batsman has been hitting the ball well and would be keen to guide his team to a series win.

Mitchell Santner has been in good form in the series. The left-arm spinner has picked up six wickets so far including a four-wicket haul in the second game. In the fourth game, he conceded just 16 runs off his four overs. With the last game to be played at the same venue, Santner could make the difference for the hosts.

Australia have momentum on their side. Their captain Aaron Finch is leading from the front while their bowlers have also looked good in the last two games. With form on their side, Australia are expected to continue their winning run. At the same time, one cannot write off New Zealand but the visitors are looking quite strong at the moment.

If you are from India and want more cricket betting tips free in, then check us out. We have years of experience studying this game, in India and beyond. We have some tips that have helped countless bet well.

Australia are expected to win this match. 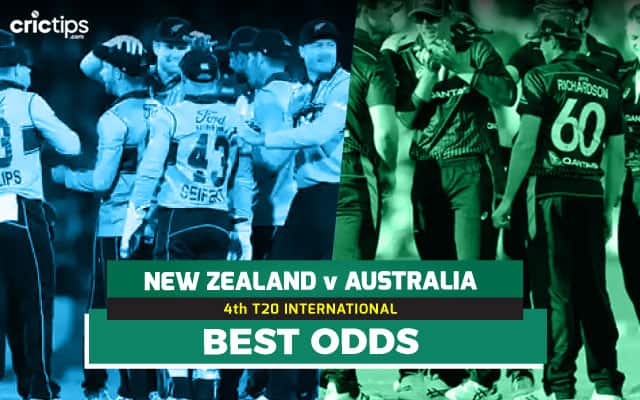 After losing the first two games, Australia bounced back in style and defeated New Zealand in the third T20I. They’ll look to do the same in the next game that gets underway at the Westpac Stadium in Wellington at 7:30 local time (11:30 IST)

Australia put up an inspirational performance in the previous game where they outplayed the Kiwi’s in every department. They’ll be relieved to see some runs from their two ace batsmen, Aaron Finch and Glenn Maxwell. The bowlers also were on the money and gave nothing away to the New Zealand batsmen. However, Australia have been very inconsistent of late and it’ll be a challenge for them to replicate their performance. If they do so, we’ll be in for a great contest.

New Zealand won’t be too concerned about one bad day. They’ve been very good throughout the tournament. Guptill has scored runs in the last two games, Conway, Williamson, Neesham has also batted well. The bowlers have been smacked in the last two game and need to perform better in the 4th T20I.

The pitch looks to be a belter. There was no movement for the pacers in the 3rd T20I as Australia posted over 200 runs. The wicket, however, got slower in the second inning. Assuming that it plays the same, spinners are going to play a big role.

Martin Guptill – Martin Guptill will be very relieved after two good knocks. He backed up his blistering 97 in the 2nd T20I with a quick fire 43 in the last game. He’s a destructive batsmen who can decimate the best bowlers on  his day.

Devon Conway – Devon Conway has been in prime form of late. He was the second highest run getter of the Super Smash and started the New Zealand vs Australia series will a brutal 99 in the 1st T20I. He looked solid in the previous game as well. We’ll back him to come good in 4th T20I.

Glenn Maxwell – Maxwell is a big impact player. He was at his destructive best in the last game and smacked a scintillating 70 off 31 in the 3rd T20I. He’ll be hoping to deliver similar kind of performance in the next match as well

New Zealand have a very strong team and most of their players are in top form. Australia, on the other hand, have been inconsistent of late. New Zealand will come back hard and replicating their own performance won’t be easy for Australia.

New Zealand are expected to win this match. 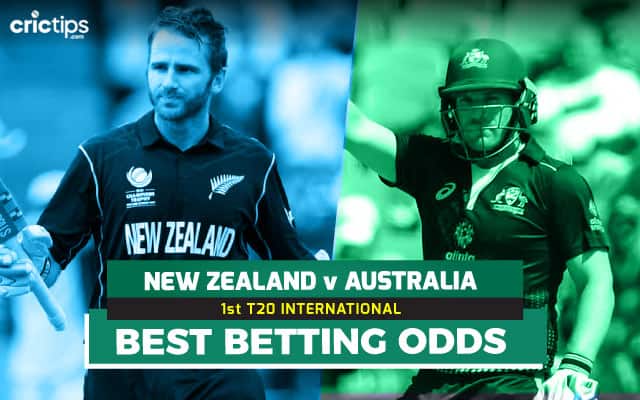 New Zealand hasn’t been good against Australia, atleast in T20Is but against a Smith-Warner less visitors, they’ll back themselves to win. The series kicks off at Hagley Oval, Christchurch at 11:30 PM IST (7:00 PM Local time)

New Zealand are playing a full strength squad so beating them won’t be easy for Australia, who’ve rested some of their gun players. Steve Smith and David Warner are not in the squad, Aaron Finch and Glenn Maxwell had a horrible season of the Big Bash. From outside, Australia’s chances look grim. However, they are not short of talent and can’t be underestimated. For New Zealand, they made easy work of Pakistan in their last series and will start as favourites.

The surface in New Zealand have been very good for batting but they’re not as flat as the Indian wickets. The bowers will definitely get some assistance.

The average 1st inning score if 161.5 in the last 5 matches on this ground

Kane Williamson -Williamson has been in top form. No matter what the format is, the New Zealand skipper has scored runs in bulk. He played some fine knocks in the recently concluded Super Smash and we expect him to continue his good runs against Australia

Devon Conway – He was the second highest run getter in the Super Smash with 455 runs in 10 games at an average of 65. He’s not a dasher who’ll  give away his wicket easily. He’s very hard to dismiss once set. We’ll back him to come good in the 1st T20.

Josh Philippe – Josh Philippe is another batsman that we think will make a huge impact in the game. He was the highest run getter of the BBL and scored 508 runs in 16 games at an average of 31.

New Zealand are playing a full strength squad while Australia are without the services of their key players. Also, most of the Kiwi batsmen had a terrific run in the Super Smash 2021. They’ll fancy their chances against the victors

We expect New Zealand to win.