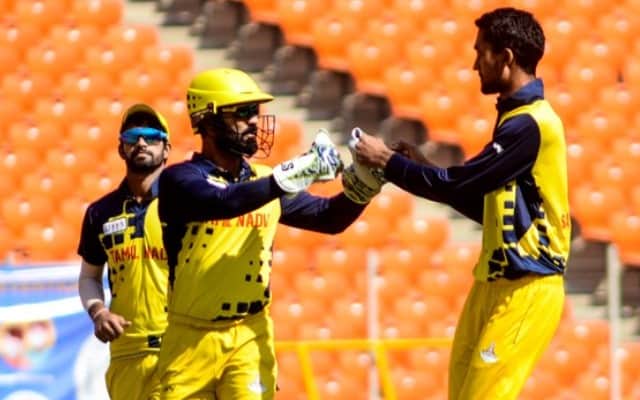 So, the summit clash of the Syed Mushtaq Ali Trophy is upon us, and the two teams that will battle it out in the final are Tamil Nadu and Baroda. Both the teams enter the final on the back of comfortable victories in the semi-finals. While Baroda thumped Punjab by 25 runs, Tamil Nadu beat Rajasthan by 7 wickets and 8 balls to spare.

For Tamil Nadu, Narayan Jagadeesan has been in riveting form with the willow in this tournament. The right-hander is currently the leading run-scorer in the tournament, having aggregated 350 runs at an imposing average of 87.50. Also, Arun Karthik was in belligerent form in the semi-final and scored a murderous 89 off just 54 balls.

As far as the Baroda side is concerned, skipper Kedar Devdhar has led from the front with the willow. The right-hander has scored 333 runs in this tournament and has scored his runs at an average of 83.25. On the bowling front, Lukman Meriwala bowled a crucial spell for Baroda in the semifinal, picking up 3 wickets. We are all set for a cracker of a contest on 31st January 2021.

Read further for more analysis of this game. You need to arm yourself with all our predictions and explanations to make the best bet. Win this bet so you can make a parimatch india withdrawal already.

Arun Karthik just decimated the Rajasthan bowling attack in the semifinal. Coming in with Tamil Nadu precariously placed at 17/2 and chasing 155 for victory, Karthik tore into the opposition. In an innings studded with 9 fours and 3 sixes, the right-hander scored a blistering 54-ball 89, to power his side to a 7-wicket victory. Expect him to come good in the summit clash as well.

Kedar Devdhar has had a dream run with the bat in this tournament thus far. The Baroda skipper averages 83.25 and is the highest run-scorer for his side in this edition. Even in the semi-final, it was Devdhar who stood up for his side with the bat in hand. The right-hander scored 64 off just 49 balls to help his side to secure a win in the semifinals. Devdhar will be itching to come up with another riveting performance to end the tournament on a high.

Needless to say, Lukman Meriwala has been the stand-out performer with the ball for the Baroda side in this tournament. The left-arm pacer has picked up 14 wickets in the 7 matches that he has played thus far. Meriwala has picked his wickets at a miserly average of just 11.78, and his economy rate too, in this edition of the tournament is just 6.22. If Meriwala can hit the right areas tomorrow as well, the Tamil Nadu side will surely be in for some trouble.

Want some cricket betting tips free, today match preferably? Then read who we think are the possible winners. We have analyzed all their stats and gameplays in the past to give the most accurate picture as possible.

For us, it is a clash where everything is at stake and both sides have some match-winners in their ranks. But then, a winner has to be chosen. Expect Tamil Nadu to come out on top in the summit clash. 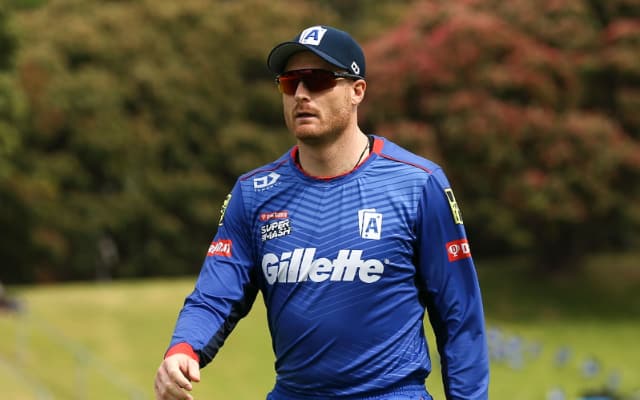 The Quarter-Final 1 of the Syed Mushtaq Ali Trophy 2021 will be played between Baroda and Haryana at the Sardar Patel Stadium in Motera, Ahmedabad.

This match is scheduled to start at 12:00 PM Local Time and IST.

Baroda, the table-toppers of the Group C, will be up against the table-toppers of the Group E, Haryana in the 3rd quarter-final of the Syed Mushtaq Ali T20 Trophy 2020-21. The two teams had won all the five matches they played during the group stage but one of them will be going out with their first defeat itself on Wednesday. Baroda do miss the services of the Pandya brothers which should be a positive for Haryana going into the game.

Karnataka collapsed on a track that felt to be slow in the afternoon. There was a lot of swing on offer later in the evening under lights.

Shivam Chauhan was among the driving forces for Haryana who scored 214 runs at a brilliant average of over 50.

The stand-in captain of Baroda, Kedar Devdhar has been impressive with the bat as he has scored 226 runs at an astonishing average of over 100.

Lukman Meriwala bagged 11 wickets at an economy rate of just over 6 runs during the group phase with help of a 5-wicket haul.

Baroda has got the ideal bowling attack for the Ahmedabad pitch and they should be able to pull off a victory.

Baroda is expected to win this match.