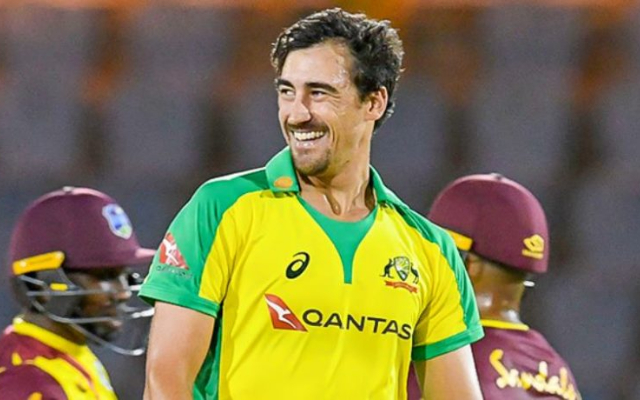 Australia could be without star pacer Mitchell Starc for their second match of the ongoing 20-20 World Cup against Sri Lanka. The pacer was seen limping off the field during the training at the ICC Academy on Tuesday (October 26). The left-arm pacer played the team’s first game against South Africa after a six-month-long break. He picked up two wickets but was not seen at his usual fluent best. Read more about our cricket betting tips free from experts

Australia are due to play Sri Lanka on Thursday (October 27) and by the looks of it, Starc is a doubtful starter. Head coach Justin Langer has options in Kane Richardson and off-spinner Ashton Agar to replace Starc.

Richardson has been a regular in the Australian team for the past year or so. He has pace and smart variations up his sleeves. Australia have also used him at the death in T20Is. The right-arm pacer has so far played 26 T20Is and has picked up 29 wickets.

Meanwhile, off-spinner Agar has played 39 T20Is and has picked up 42 wickets at an impressive average of 21.69. Both players have a good amount of experience under their belt and it remains to be seen who gets an opportunity to play in case Starc missed out.

Australia defeated South Africa in the first game and if they can beat Sri Lanka as well, they will be in a great position to qualify. However, the batters need to come good. The likes of David Warner, Aaron Finch are not in the best of form. In fact, barring Maxwell, others have been pretty disappointing this year.  Here’s quick update and guide for T20 Blast.