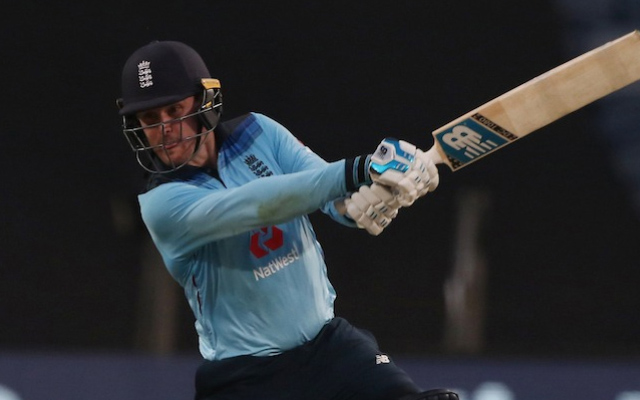 England opener Jason Roy has been ruled out of the 20-20 World Cup due to a calf injury. Roy had picked up the injury while batting against South Africa. The batter was seen in extreme pain and limped off the field retired hurt after scoring 20 off 15 balls. Roy was in decent form in the showpiece event and perfectly complemented Jos Buttler at the top. Meanwhile, England have added James Vince to the squad as a replacement for Jason Roy. Here’s our free cricket betting tips and tricks.

Speaking on his injury, Roy said he is gutted to miss out on the showpiece event, adding that he is eyeing the West Indies tour next year to make a comeback. “I’m gutted to be ruled out of the World Cup,” Roy said. “It is a bitter pill to swallow. I will be staying on to support the boys and hopefully we can go all the way and lift that trophy. It has been an unbelievable journey so far and we have to continue expressing ourselves and concentrating on us.

“The rehab has already started and even though I’ve torn my calf, I’m going to give myself the best chance of being ready for the T20 tour of the Caribbean at the start of next year.”

England have been exceptional in the tournament. They won four back to back games before South Africa brought an end to their winning streak. The team will take on New Zealand in the first semifinal on November 10. Latest news on t20 blast 2021.