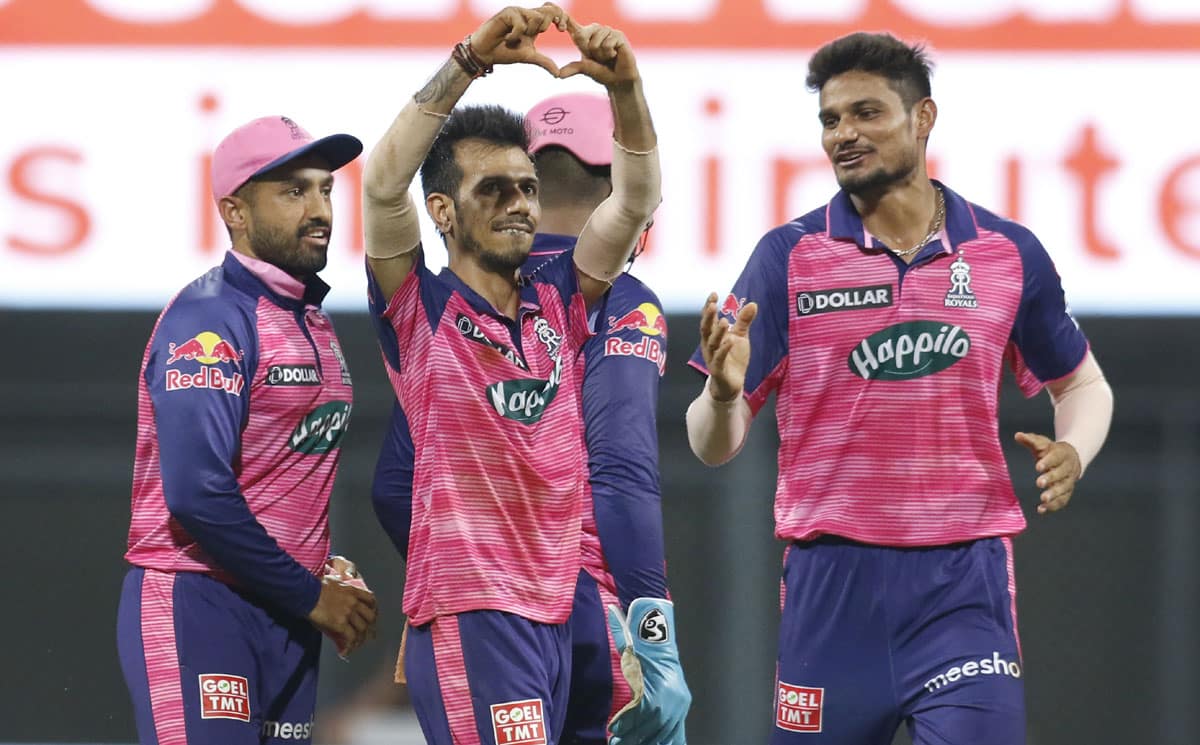 Rajasthan Royals IPL 2022: There was plenty of hype around the Rajasthan Royals after their performance in the IPL 2022 mega auction, where they landed the likes of Yuzvendra Chahal, R Ashwin, Trent Boult, and Shimron Hetmyer. The hype has been matched so far as all four, along with the magnificent Jos Buttler, have contributed to the Royals’ excellent first half of the campaign.

Legit Cricket session tips free and match guides from the experts here on our site.

Hopes are growing regarding a first title for the Royals since 2008. Buttler is in the form of his life, with five 50+ scores in the first seven matches including a remarkable three centuries. He is just one behind Virat Kohli’s record of four centuries in his wonderful IPL 2016 campaign. Skipper Sanju Samson is striking at 171.79, and Hetmyer is going even better at 179.20. It is quite the top five that the Royals boast.

From a bowling perspective, Chahal has won matches from his own hand as he is the Purple Cap holder with 18 wickets. Ashwin’s experience is shining through, while Boult still has more to offer. There is also a small measure of Prasidh Krishna’s form, especially when you consider he bowled a wicket maiden in the 19th over of their win over Delhi Capitals on April 22.

However, despite the positives, there are a few key issues for the Royals to sort out if they are to win the IPL 2022 title. In this article, we will highlight three.

Death bowling looked to be a problem for the Royals before the season, and this fear has come to fruition as they have an economy rate of 12.00 between overs 16-20 in IPL 2022.

Only Mumbai (12.60) and Bangalore (12.73) have worse numbers in the death overs. The Royals have tried a few different combinations, with Nathan Coulter-Nile, Navdeep Saini, Jimmy Neesham, and Obed McCoy all featuring in the bowling attack so far this season.

More Cricket betting odds and scheduled matches for the upcoming match here on our site.

However, no option has seemed to click thus far, with Boult going at 14.16 in this phase and McCoy conceding three sixes in the first three balls in a final over where Delhi Capitals needed 36. If the Royals are to go all the way, their death bowling is an area where they must improve.

One reason why the Royals struggle at the death is due to how they manage their bowling resources. Because they have just the five specialist bowling options, they are often unable to ‘steal’ overs throughout the innings, As a result, teams can easily determine which overs and bowlers to go after.

Riyan Parag’s role is in the spotlight. By all reports, Parag is training brilliantly and his six-hitting ability is admired. Sanju Samson, in a media conference before the start of the Royals’ campaign, said that this could be Parag’s breakthrough season. And they have backed the young all-rounder as he has been named in all seven of their matches.

However, he has bowled just four overs and conceded a huge 59 runs. Also, he has faced just 36 deliveries in the lower-middle order. In such a competitive league, it could be costly to carry a player – as talented as he may be – with such a limited role. The Royals may be better served to play a more experienced all-rounder, i.e. Jimmy Neesham, in the role, especially as Neesham can produce at the death with both bat and ball.

To provide the option of an experienced overseas player in the middle order, the Royals need a reliable second domestic pacer. Prasidh Krishna (eight wickets at an economy rate of 8.14) is continuing to warm to the task, but Navdeep Saini and Kuldeep Sen have left more to be desired.

Saini in particular has disappointed in white-ball cricket, but the Royals could use him as a middle overs enforcer. If this allows the Royals to then play Neesham, it gives them more batting experience down the order and that important bowling option.

The Royals have been terrific, especially when you consider they have lost six of seven tosses. Their top three are way ahead of the rest when it comes to average and strike rate, courtesy mainly of the brilliant Jos Buttler.

While he has the class to keep it going, it is important the Royals sort out their balance to ensure they don’t rely too much on Buttler and the spinners. If they can, then they are every chance of breaking their IPL trophy drought. Get the latest IPL betting tips and match guides here on our site.