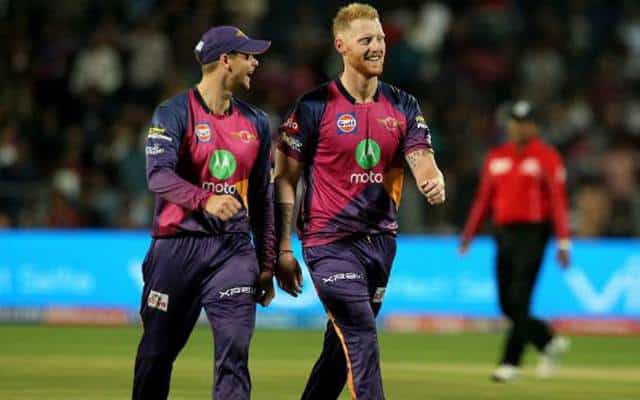 Since there are 8 slots for overseas players in a squad and just 4 in the playing XI, the IPL teams generally look for players who can provide X-factor to the side. Usually, overseas fast bowlers, pace-bowling all-rounders, and brutal strikers are in high demand, as the availability of such Indian players is limited. If you are searching for the best trusted betting sites in India, you are in the ideal place!

The other T20 leagues across the globe and even T20Is, in some cases, provide an opportunity for the players to attract the IPL franchises and grow their stature in the cash-rich league. Here, we take a look at six overseas players, who weren’t a part of the IPL 2022 auction or went unsold, and can play in the next IPL season in 2023.

Six overseas players, who were either unsold or didn’t take part in IPL 2022 auction, and can play in IPL 2023:

Ben Stokes hasn’t been great in T20 cricket, and more so in comparison to his performance in the two other longer formats. As far as the IPL is concerned, Stokes has had two good IPL seasons (2017 & 2020). But he was quite poor in the other two seasons (2018 & 2019) – just one match in IPL 2021 – which affected his overall IPL numbers.

In IPL 2020, the southpaw averaged 40.7 with a strike rate of 142.5 while opening the innings. So, a team like KKR can go for Stokes. KKR lacked a solid opening pair in IPL 2022 and they also don’t have quality players of high-end pace-bowling. However, it remains to be seen if the English Test skipper, who skipped IPL 2022, commits to a long IPL season, considering his workload in international cricket.

Shakib Al Hasan was a bit surprisingly unsold in the IPL 2022 auction. One of the reasons could be his modest scoring rate. While Shakib adds a decent value as an all-rounder, the IPL teams understandably preferred Indian spin-bowling all-rounders. However, he could have still been bought as a backup player.

In IPL 2023, teams like Mumbai Indians and Punjab Kings can go for him, to add balance to their XI, and they also need a good defensive spinner in their XI. The left-arm orthodox spinner, who can bowl tight spells, is a handy miser bowler. Shakib is a useful option to have in the squad and can come in XI depending on the opposition and conditions. For more cricket betting odds and scheduled matches for the 2022 season, read here.

Paul Stirling wasn’t even short-listed ahead of the IPL 2022 auctions. However, the teams should consider him in the upcoming auctions. The Irish opener is an attacking batter, perfectly suited to utilise the fielding restrictions in the powerplay. In T20s since 2019, Stirling is averaging over 34 with a strike rate of above 151 in the powerplay overs.

A side like Gujarat Titans can target him in the upcoming auctions. While the standard of the IPL is quite high, Stirling deserves a chance to showcase his skills. If teams provide him with the right set-up, the right-hander can certainly flourish in the league. He is used to performing the role of an aggressor, right from the word go, and can be a very dangerous batter on good batting surfaces.

Steven Smith could also not find a buyer in IPL 2022 auctions. And, teams had logical reasoning to look past him. Smith has had a strike rate of just 121.3 in the IPL since 2017. His long stay at the crease hurt his own team at times, because of the poor slow scoring rate. However, some teams might be tempted to buy him, at a cheaper price.

Smith is a good player of pace-bowling and could be a decent backup player for KKR. However, for that, the Aussie will have to show significant improvement in scoring rate. Just having a solid technique isn’t enough as T20 cricket requires boundaries. Smith’s inclusion in Australia’s T20 XI isn’t straightforward, and it will be interesting to see if Smith gets some opportunities to prove himself.

Sam Curran didn’t participate in the IPL 2022 auctions as he was injured. However, he is back in action and is likely to be available in the next IPL season. Despite his limited skill-sets in both departments, Curran is a utility all-rounder who can fit well in a well-structured set-up. He can deliver a few overs and can also contribute with the bat.

The English all-rounder seems to have a strong mindset with a “give your all” attitude. Curran has already got a taste of the IPL as he has 32 games under his belt. Teams like Punjab Kings and Rajasthan Royals might go after, as they need an all-rounder at No. 7 to maintain the balance in their XI.

Adam Zampa was also surprisingly unsold in the IPL 2022 auctions. One of the reasons behind it, as Zampa himself acknowledged, was that he pulled out in the middle of the first phase of IPL 2021 due to bio-bubble issues. The leg-spinner has been doing a fine in T20s for a while, but it’s not easy to feature in the IPL for an overseas player as a pure spinner. Read 10cric reviews here and learn more about how this app works for betting online.