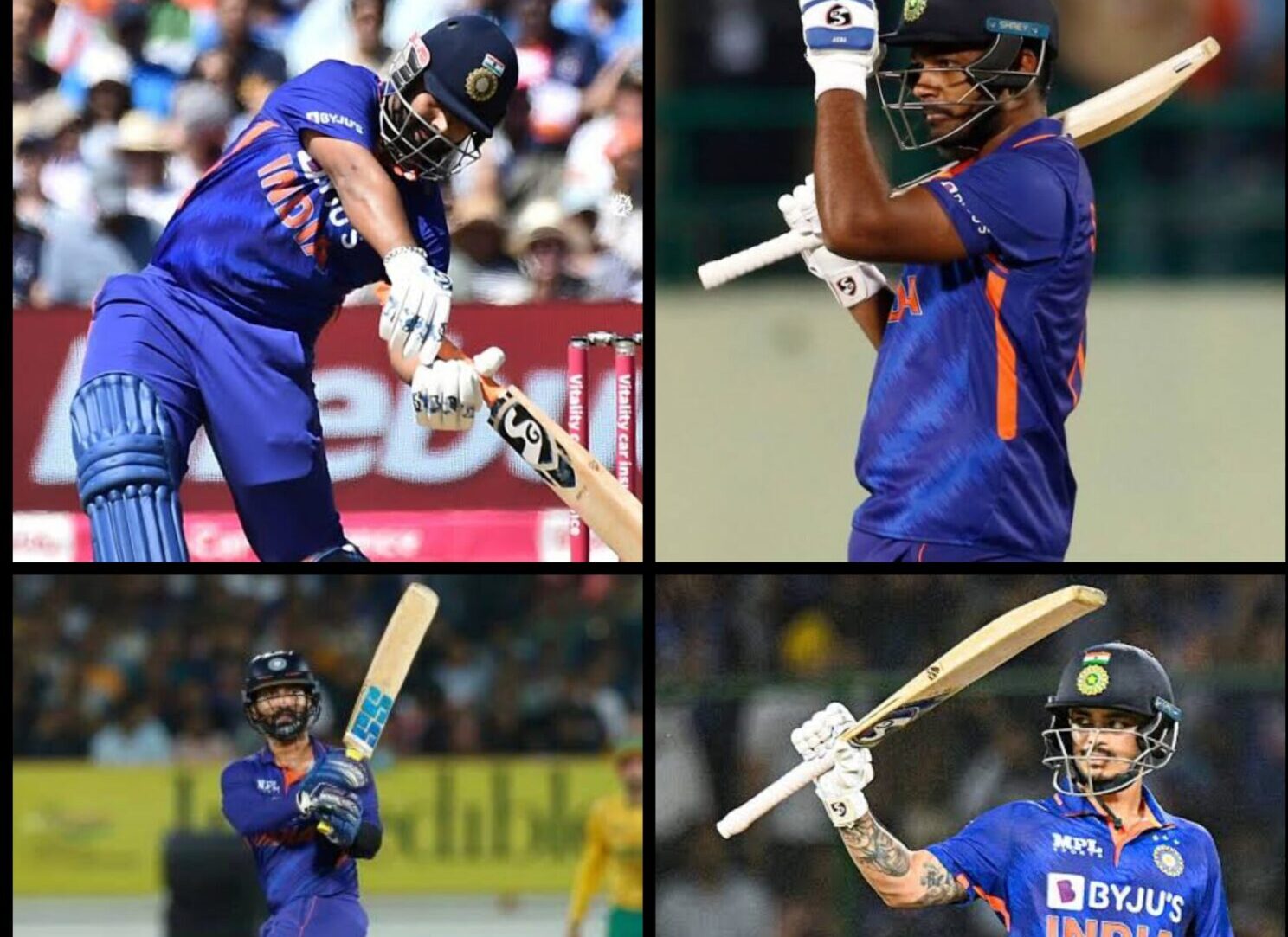 T20 World Cup: Rishabh Pant was touted by many to succeed MS Dhoni as India’s incumbent wicketkeeper-batsman in limited-overs cricket. While his Test performances have made him undroppable from the team, a question mark still remains over his T20I credentials. The rise of other similar players like Dinesh Karthik, Ishan Kishan, and Sanju Samson in the IPL means that the wicketkeeper’s slot in the Indian team is very much open at the moment. Each of the candidates specializes in different roles. Kishan is a top-order player, Pant and Samson have expertise in the middle-overs and Karthik is primarily a finisher.

Nat Sciever for England. Over 27.5

The young wicketkeeper-batsman from Delhi has received a lot of flak lately for his “irresponsible” batting. Unorthodox by nature, Pant has often failed to identify the opposition’s strategy against him. His tendency to try and slog every ball on the leg-side has resulted in the bowlers getting him out using wider deliveries. He certainly has the skill to up his off-side game, as demonstrated by his technique in Test cricket. If he can work on that part of his batting, he still will be India’s first-choice wicketkeeper in the 2022 T20 World Cup.

No one would have thought Karthik would be in contention for a World Cup spot before his heroics in IPL 2022. Playing as a death-overs specialist, the Tamil Nadu keeper-batsman struck at 183.33 in the T20 league. Since then, he has played for India in 10 matches with mixed returns. Like RCB, India intends to use him in the last five overs only. After impressing on his comeback with scores of 30*(21) and 55(27) against South Africa, Karthik made only 34 runs off 36 balls in his next five matches. He needs to replicate his IPL consistency in order to dislodge Pant in the Indian T20I side and book a berth in Australia for the T20 World Cup.

The management is looking at Ishan Kishan as more of a backup opener rather than a wicketkeeping option. Known to be an aggressor at the top, Kishan has had strike rate issues in the recent past. His strike rate hovered around 120 for Mumbai Indians in IPL 2022. While he accumulated 418 runs in the process, his attacking instinct is what the team demands from him. He seemed to have worked around his issues as he finished the South Africa series with 206 runs at a strike rate of 150.36.

Sanju Samson’s latest T20I innings was his 77 versus Ireland. He played with a sense of maturity that day, a quality found wanting in him on numerous occasions. Known to be inconsistent with his scores, Samson was quite convincing in his role as a middle-overs enforcer for the Rajasthan Royals. He reached 30 in seven innings and finished with an overall strike rate of 146.79. He is certainly in contention for a T20 World Cup spot if he manages to put his consistency issues behind him. Here are the ten best betting apps you can download on your mobile devices and enjoy competitive odds and all the features you can expect from a mobile betting app.

T20 World Cup: Who Will Take the Gloves for India?

As things stand currently, the pecking order for the wicketkeeper’s spot seems to be as follows: Rishabh Pant, Dinesh Karthik, Ishan Kishan, and Sanju Samson. While more than one of these could feature in the XI that takes on Pakistan on October 23, India would still want to identify who their primary wicketkeeper is. Pant remains the frontrunner but he cannot breathe easy with the other three catching up close.

One thing that works in Pant’s favour is the absence of any other left-handed middle-order option for India. Kishan’s best has come at the top of the order for India, so he is not an option. Pant has shown the ability to dominate spin in Test cricket. If he can bring that confidence into his limited-overs game, he will give the batting lineup variety. This will be a crucial factor while deciding the XI for the T20 World Cup because the Indian right-handers have bogged down against leg-spinners and left-arm spinners in the past.

As good as Dinesh Karthik has been recent, India has Suryakumar Yadav, Hardik Pandya, and Ravindra Jadeja to handle the latter half of the innings. His only way of making the T20 XI consistently is producing impactful knocks regularly. He’s missed a trick against England, getting dismissed for 12 and 6, walking out to bat in the 11th and 16th overs respectively. He cannot afford failure at this stage of his career. Similarly, Samson and Kishan have to perform exceedingly well in whatever limited opportunities they get to challenge Pant and Karthik for the wicketkeeper’s role. Browse the latest cricket betting odds on a wide range of markets and learn how betting odds work and give you the best cricket rates online.