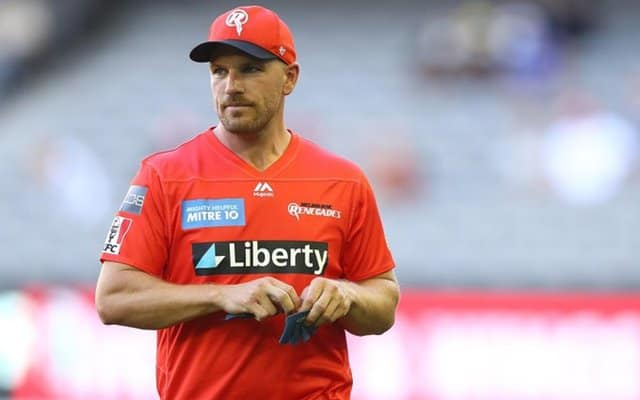 Melbourne Renegades had a torrid run in the 2020-21 edition of the Big Bash League as they finished at the last position in the points table with just 16 points in their kitty from 14 games. However, the franchise managed to end their season on a high note as they defeated Hobart Hurricanes by 11 runs in their final games of the tournament. Check this app 1xbet review and learn more the app work.

Just like Melbourne Renegades, their skipper Aaron Finch wasn’t at his fluent best with the willow throughout the tournament as ended the season with just 179 runs at a poor average of 13.76 and strike rate of 113.29, with 39 being his highest score. Australia’s white-ball captain was disappointed with his performance and believes that nothing went right for him as despite training hard, he couldn’t fetch the desired results.

“Myself, I had an absolute shocker with the bat. The harder I trained, the worse I got, which is the opposite of what everyone tells you to do. It was just one of those seasons,” Finch said as quoted by The Sydney Morning Herald. Check our free cricket tips and tricks. We have our own way how to predict matches.

The 34-year-old believes that being under the lockdown for almost a year has blocked his mind. Thus, before leaving for New Zealand on February 7 for a T20I series, Aaron Finch is looking forward to spending some quality time away from the sports and the bio-bubble.

“My wife worked it out the other day, it was something like 20 days or 21 days since April that I haven’t been in lockdown or in a bubble. It’s not a huge amount. I’m going down to the beach for a few days, relax. My kit bag won’t be coming out of my car, I can tell ya.” Aaron Finch concluded.