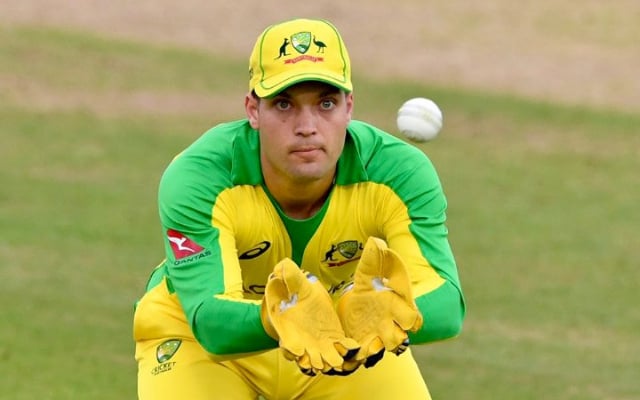 After suffering a humiliating defeat in the T20Is, Australia will be hoping for better results in the three match ODI series. However, ahead of the series opener, they have been dealt with a huge blow as Aaron Finch has been ruled out of the first ODI due to injury. In the absence of Finch, Alex Carey will lead the side.

Finch sustained a knee injury during the fifth T20I and was seen in searing pain while running between the wickets. Finch’s fitness will be monitored on day to day basis during the three-match series. This 4rabet app earn money is one of  the best app to bet online.

Carey was always earmarked as a future leader for Australia, due to his smart captaincy skills. He has served as the captain for Adelaide Strikers, South Australian Redbacks, and Australia A. He was also the ODI vice-captain for the Men in Yellow and hence the management decided to hand over the reins to the southpaw.

“I am deeply honoured to be able to lead the team while Aaron recovers. To captain Australia is one of the greatest privileges in sport and an honour I am extremely thankful to receive,” Carey was quoted as saying in ESPNcricinfo.
There is new cricket prediction and if you want to know more about that. Take a look our full review here in our site.

“Finchy is our captain and we will welcome him back with open arms when he is fully fit, so for now I hope I can fill the role to his extremely high standards. To lead this group against the West Indies in the West Indies is a great challenge and one I very much look forward to for as long as I have the opportunity,” he stated.

Finch’s absence from the first ODI is a big blow to the Men in Yellow who are already without the services of David Warner, Steve Smith, Glenn Maxwell, and Pat Cummins. After the hammering they received at the hands of West Indies in the T20I series, the visitors will be keen to win the ODI series. However, they will need their batsmen to fire. Apart from Mitchell Marsh, none was in any sort of form in the T20Is.