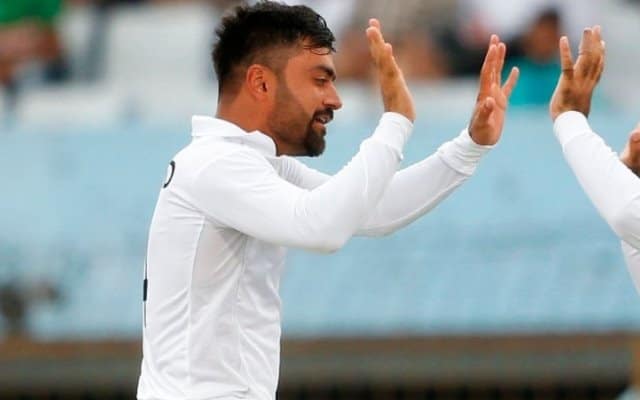 Afghanistan and Zimbabwe are slated to face each other in the two-match Test series starting from March 2 in Abu Dhabi. For the contest, Rashid Khan left the Pakistan Super League (PSL) early after playing a couple of games for Lahore Qalandars. However, the leggie has sustained a finger injury and might miss out on playing the first Test against Zimbabwe.

He got hit on his finger during the game against Quetta Gladiators while fielding a shot played by Chris Gayle. He is currently undergoing treatment and the final call on his availability is expected to be taken on Sunday. Betwinner promo code welcome bonus.

“Meanwhile, Rashid Khan is under-treatment by the relevant health officials in UAE and the final call on his inclusion in the first test will be taken after a reassessment of his injury on 28th February,” a media release from Afghanistan Cricket Board (ACB) read.

It remains to be seen if ACB names any standby replacement player for the leg-spinner. The other notable spinners of Afghanistan, Mujeeb Ur Rahman (Peshawar Zalmi), Qais Ahmed (Quetta Gladiators) and Noor Ahmad (Karachi Kings), are currently playing in the PSL in Pakistan. These three players haven’t been named in the squad announced. Amir Hamza is the other spinner in the Afghanistan squad.

While the first of the two-match Test series begins on March 2, the second is scheduled to commence on March 10. The Tests will be followed by a three-match T20I series starting from March 17.