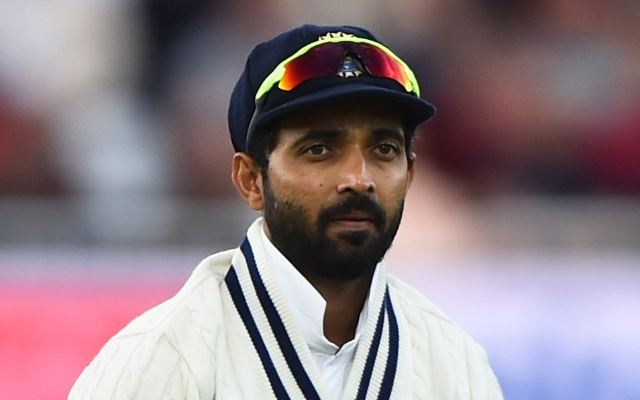 As per reports, Ajinkya Rahane might lead India in the first Test against New Zealand, set to get underway on November 25 in Kanpur. Notably, Virat Kohli will not be part of the T20I series and the first Test. He will return to take charge of the team in the second and final Test.

Earlier, there were a few reports that Rohit Sharma will be made Virat Kohli’s deputy and will lead the team in the absence of the skipper. However, Rohit too is likely to be unavailable for the series. Rohit expressed his wish to play the first Test and then take a break when Kohli returns. However, the selectors are planning to give him a longer break.

Meanwhile, Rahane will get one more opportunity to cement his place in the Indian team. Rahane is going through a lean patch and barring a ton against Australia in Melbourne, he has not lived up to the expectations. Even on the England tour, there were calls to drop him from the team. However, Kohli decided to back him but Rahane failed to impress. Here are the best betting apps for you to download.

In addition to Rohit and Kohli, the likes of Jasprit Bumrah, Mohammed Shami, Rishabh Pant are also likely to be rested. KL Rahul will most probably open the innings alongside one of Shubman Gill and Prithvi Shaw. Also, Wriddhiman Saha may be seen donning the gloves in the absence of Pant. The squad for the series is likely to be announced during the T20I series.  Here’s latest news on t20 blast.