Alex Hales Expresses How He Felt About Comeback Performance 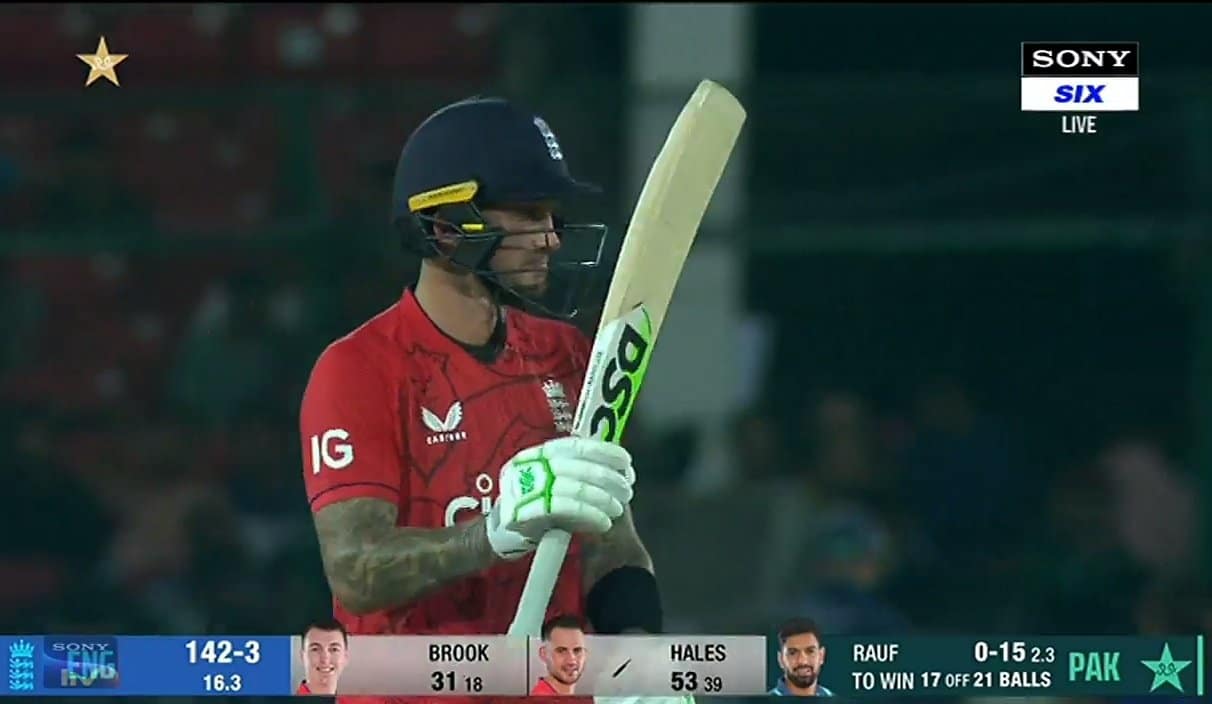 Alex Hales, who was playing his first game since 2019, made full use of the opportunity provided to him. After Babar and Rizwan’s good start to the team, unfortunately, Pakistan couldn’t capitalize much on it. This helped England bowlers restrict the Pakistan team to a score of 158. Once batting at the run rate of almost 10, Babar’s wicket slowed down things and neither of the other batsmen could play English bowlers long. Here are the top 10 betting sites in India that you can open on your mobile devices and enjoy competitive odds and all the features you can expect from a mobile betting site.

Not just batting, the bowling from the hosts too looked a bit off. Dahani provided an early breakthrough with the wicket of Phil Salt but Alex Hales was determined to show that his selection wasn’t a mistake. Both Malan and Duckett tried to stick around on the pitch but couldn’t play Usman Qadir. Alex was slowly building his innings, the one that wouldn’t just announce his return but could provide the winning foundation for England.

It wasn’t long after Alex Hales’ half-century that he lost his wicket to Haris Rauf. Nonetheless, it was too late for Pakistan to make a comeback in the match. Harry Brook was playing with the strike rate of 168.00 and made a brisk 42 runs from 25 balls. Pakistan’s much-talked-about Naseem Shah had a difficult day and conceded 41 runs without taking any wicket. Even Dahani, even with a wicket, was very expensive with 11.40 economy in 3.2 overs. England comfortably registered a win in the first game of the tournament.

After the game, Alex Hales expressed how it felt to return to the side after such a long time. “It was a very special feeling to be back in the park for England. Three years felt like forever. To go out and score 50 on my return to a winning team is the stuff dreams are made of. It is a nice feeling. Guys said in the past it was never down to cricket, missing the three years, that was never in doubt.

But there was always nerves and pressure coming back after three years having not played. It felt like a debut again, so it was a very special night. It just feels like a dream come true to contribute with a half-century in a winning team in a country where I have a lot of good, special memories feels fantastic,” Alex Hales said. Find the Cricket Predictions and updates for the upcoming matches around the globe.