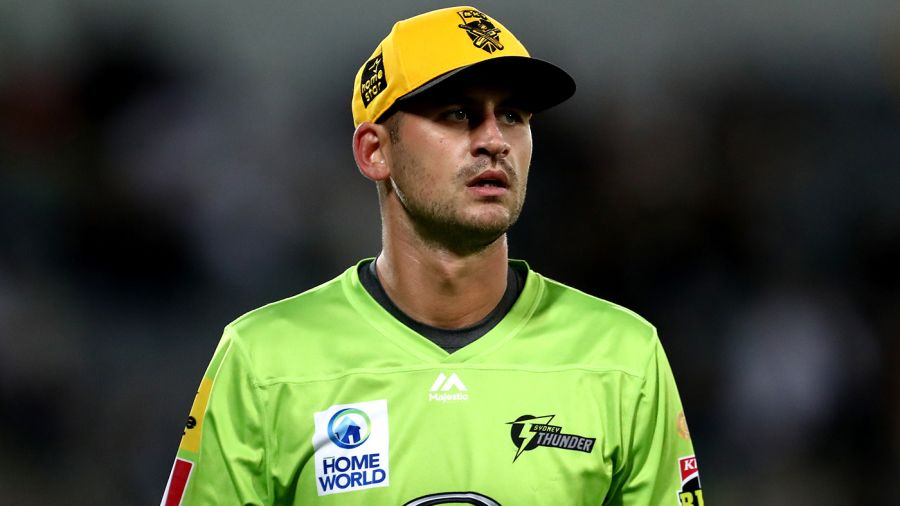 Alex Hales has kept his contract with BBL club Sydney Thunder despite a photo of the English batter with his face painted black surfaced online. The photo emerged last week in the wake of Azeem Rafiq’s sensational revelations of career-ending racism at Yorkshire. Rafiq claimed Hales used racist slurs, including “Kevin,” a derogatory term he used for Asians in the locker room.

Cricket New South Wales CEO Lee Germon stated emphatically that racism and discrimination have no place in the sport. But added those who have made mistakes in the past must be accepted and forgiven. Check our cricket tips and tricks here on our site.

“One of the hallmarks of Thunder’s success is the team embraces diversity and is a club for all,” he said. “If we really believe that we also must accept people who have made mistakes.

“I’ve spoken to Alex, I’ve watched his apology and have no doubt he is remorseful for the photograph and the other errors of judgement he made as a young man.”

Hales has said that the blackface photo was a simple tribute to his favourite rap artist, Tupac Shakur. “Theme for that 2009 New Year’s Eve was musicians and Tupac is, was, and always will be my favourite musician,” Hales said. “I obviously realise this is incredibly disrespectful and want to apologise for all the offence this has no doubt caused.”

The blackface incident followed a day after Rafiq made serious allegations during an emotional testimony to the British Parliamentary Committee. Rafiq named a host of individuals who targeted and abused him during his time at Yorkshire. Rafiq claimed Hales named his black dog ‘Kevin’ due to Gary Ballance’s use of the name as a derogatory term.

Great Ambassador Of The Sport

Germon said he consulted all stakeholders before giving Hales the nod to stay with the Australian T20 side.

“I’ve been told… he’s been a tremendous teammate and ambassador for Thunder’s ideals and aspirations,” said Germon.

“We want everyone who comes to a Sydney Thunder match to know it is a safe place. One of mutual respect for them and their families. Alex is aware he’s in a position where he can drive that. He has made it clear to me that he is determined to help,” he added.

England and Wales Cricket Board CEO, Tom Harrison said the sport has been hit by an “earthquake” as he announced an anti-racism plan on Friday in response to Azeem Rafiq’s racism allegations.

The 12 measures unveiled by ECB include a review of the dressing room culture and standardized approach to whistleblowing.

“The last few weeks have been very, very tough for cricket. Felt like an earthquake has hit us,” he said.

“The most damning part of Azeem’s testimony is that he didn’t want his son to be part of the game. That is, for someone in my job, the most difficult thing you can hear.”

The Equity, Diversity, and Inclusion (EDI) Action Plan promises a redesigned blueprint for player and coach education. They are also planning mentoring programme for cricketers from diverse or underprivileged backgrounds. Do check the live cricket prediction here.

The ECB said it would set up a new anti-discrimination unit within sixth months. They also vowed to remove “structural and cultural barriers” in their elite talent pathways.