Melbourne Stars succumbed to a horrendous start in the BBL 11. The team came in the tournament with high spirits after a forgettable season last year. However, they failed to change their fortunes and their poor performance continued. Here’s latest update of big bash league 2022.

Playing the first match of BBL 11 against Sydney Sixers, Stars suffered a massive defeat by 152 runs. The bid defeat pushed the team towards the bottom of the points table. Notably, it was Melbourne’s batting line-up that failed to perform.

Stars’ could score only 152 runs while chasing a mammoth total of 213. The teams need to redeem themselves at the earliest to not have the same fate as the last season. For the same purpose, Melbourne Stars have made a new addition to their squad in the form of West Indies all-rounder Andre Russell.

Andre landed in Australia earlier this week and he was supposed to complete seven days isolation period before joining his franchise. However, Cricket Australia (CA) made some changes to the rules and the all-rounder is allowed to feature in Melbourne Stars’ match against Sydney Thunder on December 10.

However, to appear in the game, Andre Russell needs to follow some strict rules keeping in mind the safety of other players in view of the ongoing coronavirus pandemic. The Jamaican star has been given strict instructions regarding the no-touching policy. 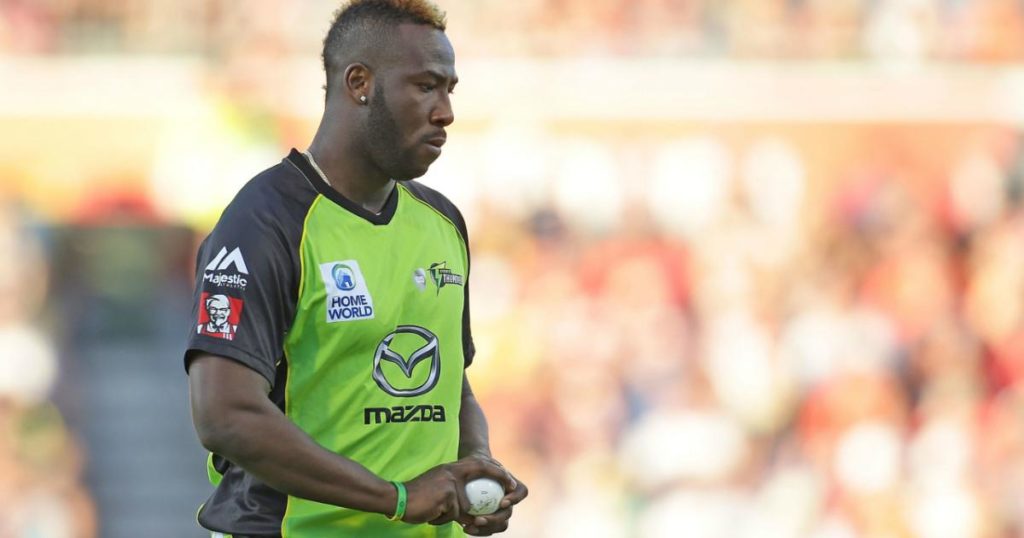 Russell needs to maintain social distancing with his team, Melbourne Stars, as he can’t touch any player. The explosive player needs to enter the Melbourne Cricket Ground through a separate door and use a different lift. In addition, an isolated space has been made for the cricketer in the dugout and the dressing room.

Andre can’t involve in team huddles or high-fives after picking any wicket or in general. The 33-year-old also needs to maintain at least two meters distance from the players and the other members of the support staff.

If the all-rounder has to be interviewed during the post-match presentism, a separate microphone will be arranged for him. He can join the team only after completing his seven days of isolation barring the match time.

Meanwhile, Stars’ head coach David Hussey and General Manager, Blair Crouch seemed excited with the inclusion of Russell in the team. Speaking about the same, the two heaped praises on the all-rounder and labeled him as a world-class player.  Follow the expert cricket betting tips here.

“To have someone of Andre’s quality play for the Melbourne Stars is a huge signing for our club. We want our Stars family to watch the best players in action at the MCG and Andre is world-class. I can’t wait to work with him in the time that he’s here and look forward to his debut on Friday night,” Hussey was quoted as saying by Fox Sports.

“We cannot wait to see Andre at the MCG in front of some big crowds this summer. At the Stars, we always strive to have world-class players for our members and fans to admire, and Andre falls comfortably into that category. We look forward to seeing him entertain and thrill everyone, starting on Friday against the Thunder at the MCG,” Crouch said.