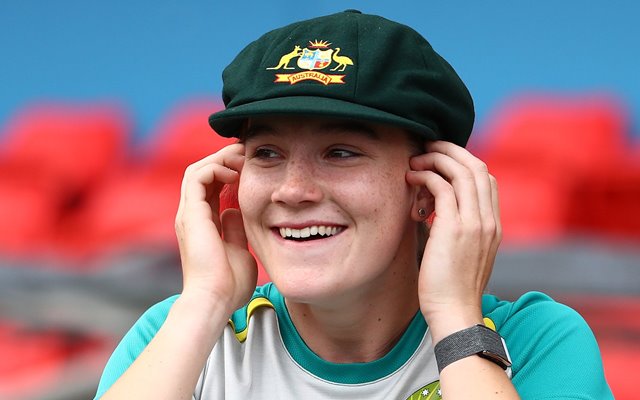 India women are currently battling it out against Australia women in their first-ever Day-Night Test match at Carrara Oval in Queensland. The hosts handed debuts to three players Georgia Wareham, Annabel Sutherland, and Darcie Brown. While Brown and Wareham will be crucial with the ball, all-rounder Sutherland will have to do the job with the bat as well. Read this 10cric app review to learn more.

Sutherland is naturally pretty chuffed to get her debut cap but is also vary of the threat posed by India’s veteran seamer Jhulan Goswami, who can move the ball both ways due to the prodigious swing she generates. The 38-year-old is also in a rich vein of form as she scored 56 runs and picked up four wickets in the preceding three-match ODI series. Throughout the three games, Goswami was the stand-out bowler for team India.

Sutherland admitted that it would be a challenge to face India’s premier fast bowler during the pink-ball Test match. “In the third ODI, we saw the opening Indian opening bowlers, especially Jhulan Goswami with her experience, she was getting the new ball to move. It is an exciting challenge. It will be interesting to see how both fast bowling attacks fare in the game with the pink ball,” Sutherland said in an interaction arranged by the Sony Sports Network when she asked about the biggest threat from the Indian side.

The Australia all-rounder further opined that the side never underestimates India due to their ability to fight back. “Test match is an exciting opportunity for both sides. India showed that in the last two ODIs that they have a team that can fight and there was never a stage when we underestimated them. It is looking like an exciting match,”

After inserting India into bat, Australia managed to pick only one wicket in the form of Shafali Verma. The visitors are currently 132 for one with Smriti Mandhana and Punam Raut at the crease at stumps on Day 1.