Home » News » Another Episode of Vaughan vs Jaffer: Check out funny banter between the two

Another Episode of Vaughan vs Jaffer: Check out funny banter between the two 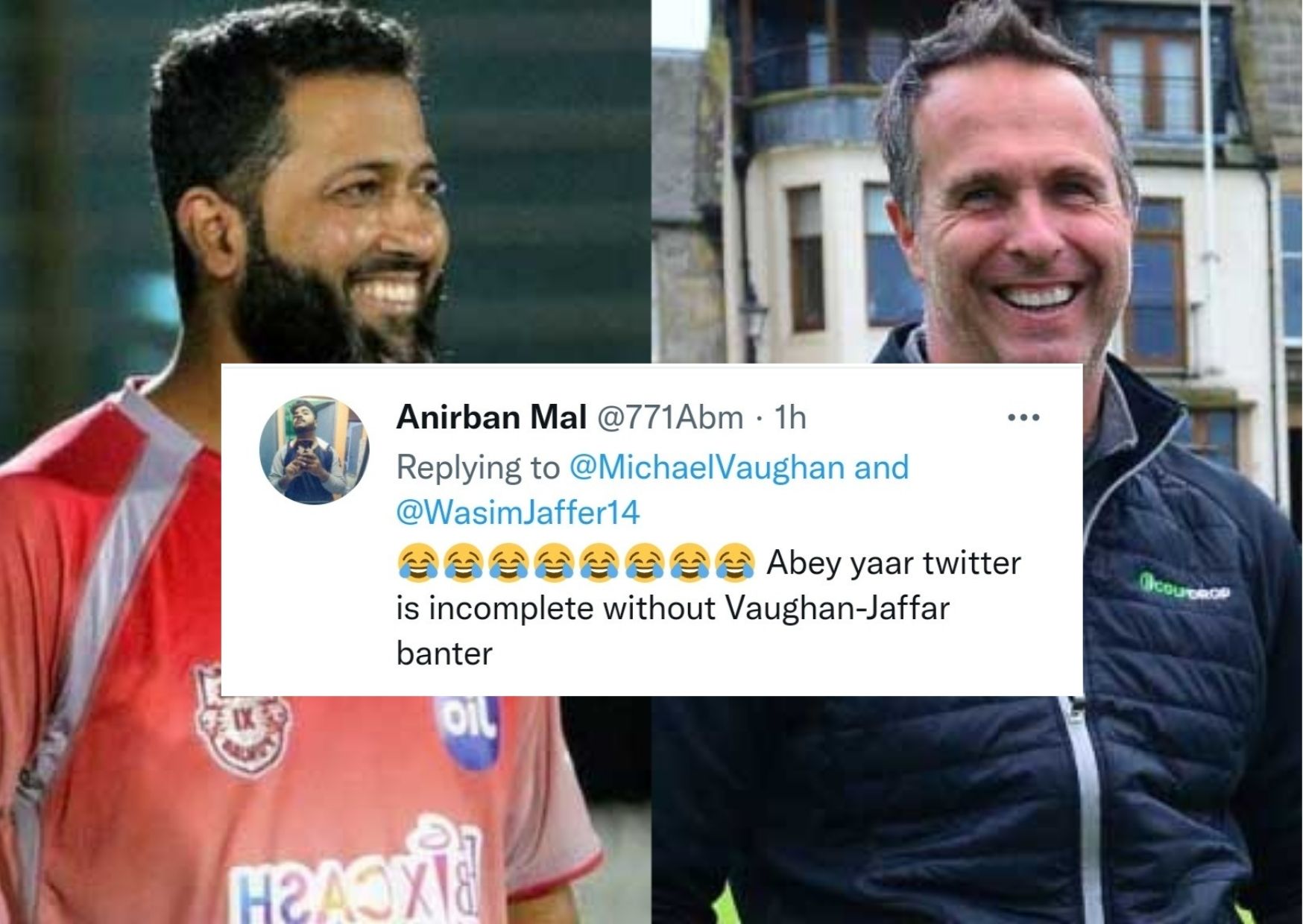 Vaughan vs Jaffer: Often, the phrase, ‘gentleman’s game’ is used to describe cricket which means no sledging, cheating, bodyline bowling, temper tantrums, or excessive appealing. But there are two “Gentlemen” who have made this game more interesting. It’s not on the field, but surely off-field. And if you are a real cricket fan, you must be aware of these two names: Michael Vaughan and Wasim Jaffer.

Michael Vaughan is the formal skipper of England and Wasim Jaffer is the former Indian opener. And they are both in the headlines because of their funny and trolling nature. And the rivalry between them has always brought fun and laughter for the fans. Check the big bash score scoreboard here.

Vaughan vs Jaffer: The New Episode

We are including a new episode in this rivalry, and it took place after the match of Legends League Cricket between India Maharajas and World Giants. Darren Sammy, the skipper of the World Giants, won the toss and chose to bowl first. For the India Maharajas, it was a new opening pair from the last match.

For India Maharajas, Naman Ojha and Wasim Jaffer came to open the innings. Naman Ojha was superb and smashed the highest score of the league. He scored 140 runs off 69 balls with 15 fours and 9 sixes. But it didn’t go well for his partner, Wasim Jaffer. Jaffer was dismissed for a second-ball duck off Ryan Jay Sidebottom. It was a comeback innings for Jaffer after a long time, but it didn’t go as per plan.

And it gave the chance for Michael Vaughan to troll Jaffer, and he did it in his own funny and unique style.

Wasim Jaffer was equally good at this and didn’t back down from replying in his own style. He also tweeted on his Twitter account. Despite the fact that fans are completely engrossed in this and enjoy every tweet and response from both.

It was the World Giants who came out victorious in the third match of Legends League Cricket. India Maharajas, who batted first, managed a huge total of 209/3 in their 20 overs, largely thanks to Naman Ojha. He was adjudged “Man of the Match” for his performance of 140 runs. Read our honest 10CRIC review and get some bonus.

Chasing the target, World Giants were 160/7 in 16.2 overs at one stage. And it looked like the India Maharajas would roll over, but then came the cameo of Imran Tahir. He smashed the bowler all around the ground, made a fantastic half-century for his team, and won the match for his team with four balls to spare. Tahir scored 52 runs off just 19 balls.