Home » News » Asia Cup 2022: “Bumrah and MD. Shami Will Not Be There for India Forever”, Rohit Sharma on Importance of Creating Bench Strength

Asia Cup 2022: “Bumrah and MD. Shami Will Not Be There for India Forever”, Rohit Sharma on Importance of Creating Bench Strength 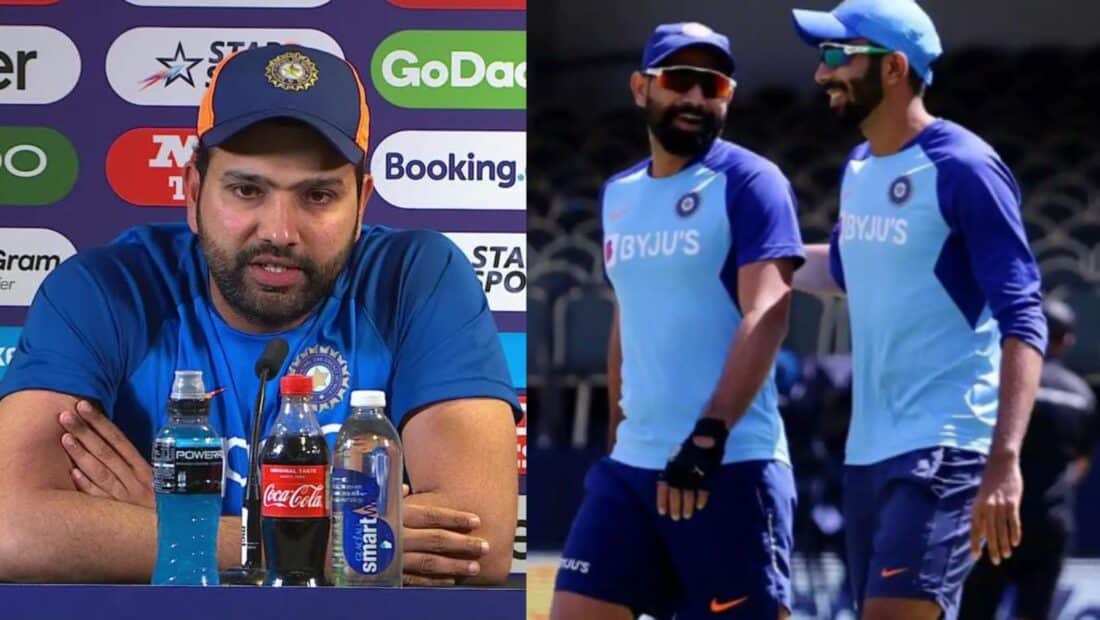 Asia Cup 2022: The schedule for the Indian team is jam-packed with a lot of back-to-back series. But the Indian management is making sure that the workload of every player should be managed properly. That is the reason that they are making a lot of changes in the team, including the captaincy, openers, and in the bowling department. Apart from workload management, India wants to try as many as possible combinations to find the best combination for the upcoming T20 World Cup. India hasn’t won any major ICC tournament since 2013 when the MS Dhoni-led team won the Champions Trophy.

However, since then, this trophy drought has increased every year. The last T20 World Cup was horrible for the Men in Blue. They couldn’t make it to the next round either. However, ahead of the T20 World Cup, India will be testing their strength in the Asia Cup. Notably, India has gone with a spin-heavy attack and picked only three pacers. For various reasons, India doesn’t have the likes of Jasprit Bumrah, Mohammed Shami, or Harshal Patel in the squad. Bumrah and Harshal were ruled out due to injury, and Shami was not considered.

Asia Cup 2022: “Bumrah and Shami will not be with the Indian team forever”- Rohit Sharma

The exclusion of Shami was criticized by many former cricketers. However, Rohit Sharma has now highlighted the strategy India is looking at for the future. He also spoke on the importance of giving a chance to other young players. In a recent interview with the Indian Express, he expressed the reason for picking youngsters along with senior players. The skipper also talked about the unavailability of Shami and Bumrah in the team. He said,

“(Jasprit) Bumrah, (Mohammed) Shami and all these guys will not be with the Indian team forever, so you have to try and prepare the other guys. We never want to be a team that relies on one or two individuals. We want to be a team where everyone can contribute and help the team win on their own.”

He added that India are creating a strong bench strength that can help the team in the coming future. Rohit stated that we can’t depend on one or two players to take the game forward. He added that the management is looking to give the youngsters exposure so that they can learn more. Pointing to Shahbaz Ahmed and Rahul Tripathi, he said that there are many new players who are travelling to Zimbabwe for the first time. This will help them learn more. He concluded that playing for your country, irrespective of the format matters a lot.