Asia Cup 2022: “Main Kaptaan Hu” – Babar Azam Gets Irritated at Umpire for DRS Review Without Him Asking for Review – Watch 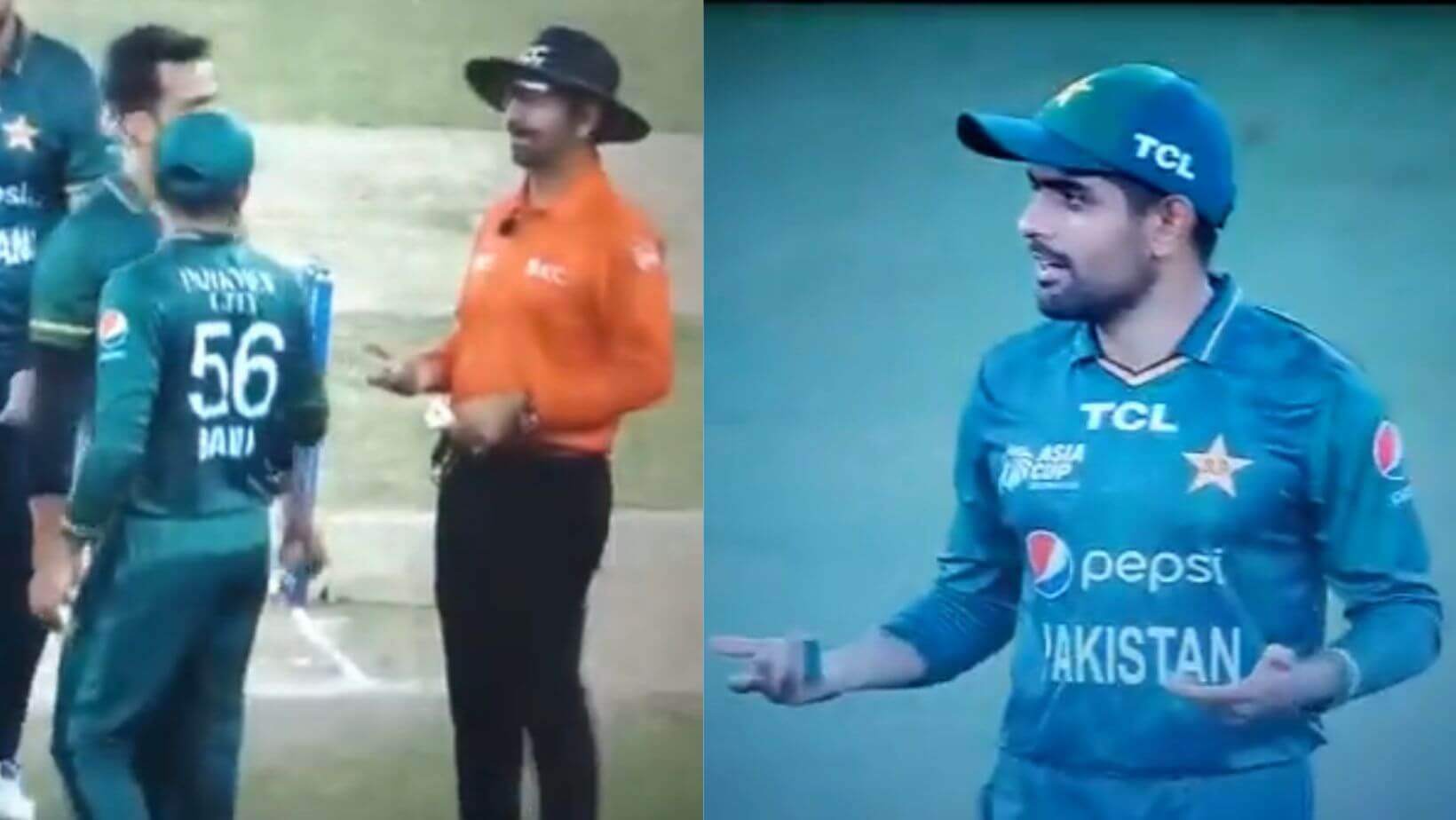 Asia Cup 2022: You can’t get bored during a cricket match. That is why everyone says that “cricket is a funny game”. Because it not only gives you tension, excitement, and thrills, but sometimes it also comes up with some hilarious moments, that no one could expect. That is what happened during the match between Sri Lanka and Pakistan at the Dubai International Stadium last night. It was the last match of the “super four” round between the two finalists on Friday. Discover more best sports betting sites in India that are top-rated in the market and it has an amazing live betting platform. Have fun at home!

However, the ongoing Asia Cup has already given some fantastic moments to its fans, but last night it was something different. Notably, this time the blunder was made by the on-field umpire. Well, the game ended in the favor of Sri Lanka, and they will go into the final having won four back-to-back matches. On the other hand, Pakistan performed below-par in the last game and has some issues to address ahead of the final.

Earlier, Sri Lanka skipper Dasun Shanaka won his fourth toss out of five games and once again chose to bowl first. Pakistan had a decent start, and they made 45/1 on their power-play. But after that, they totally lost the momentum and kept losing wickets in the middle. The middle-order fell like a pack of cards against the Sri Lankan spinners. Thus, Pakistan couldn’t bat for 20 overs and got all out for 121 in 19.1 overs.

Asia Cup 2022: Babar Azam furious over the Umpire for a DRS call – Watch

Chasing the target of 122 runs, Sri Lanka had a horrible start, losing two wickets for just two runs. They were at 29/3 in five overs, but after that, in-form opener Pathum Nissanka added a 51-run partnership with Bhanuka Rajapaksa (24) for the fourth wicket to take his team near the target. Skipper Shanaka also batted well for his 21 runs off 16 balls, with one four and two sixes. However, an unexpected situation came in the 16th over when Hasan Ali came out to bat. On his second delivery, which was a wide short ball, Nissanka tried to ramp the ball and completely missed it.

Wicket-keeper Mohammad Rizwan caught the ball and called for a catch. However, the on-field umpire, Anil Choudhary, rejected the appeal. Rizwan was confident and showed a “DRS” review signal to the umpire. Although, the umpire can’t go upstairs without the fielding captain asking him for the DRS. But the umpire immediately went upstairs. Pakistan skipper Babar Azam, who was fielding at mid-off, looked confused and had some words with the umpire.

Sri Lanka chased down the target in 17 overs and won the match by five wickets. Both teams will now play in the final of the Asia Cup 2022 on Sunday, September 11. Bet using our legal betting apps in India that can be downloaded here or in Apple store and Playstore, enjoy betting just at home!