Asia Cup 2022: Video of Sanju Samson is Creating Panic on The Internet 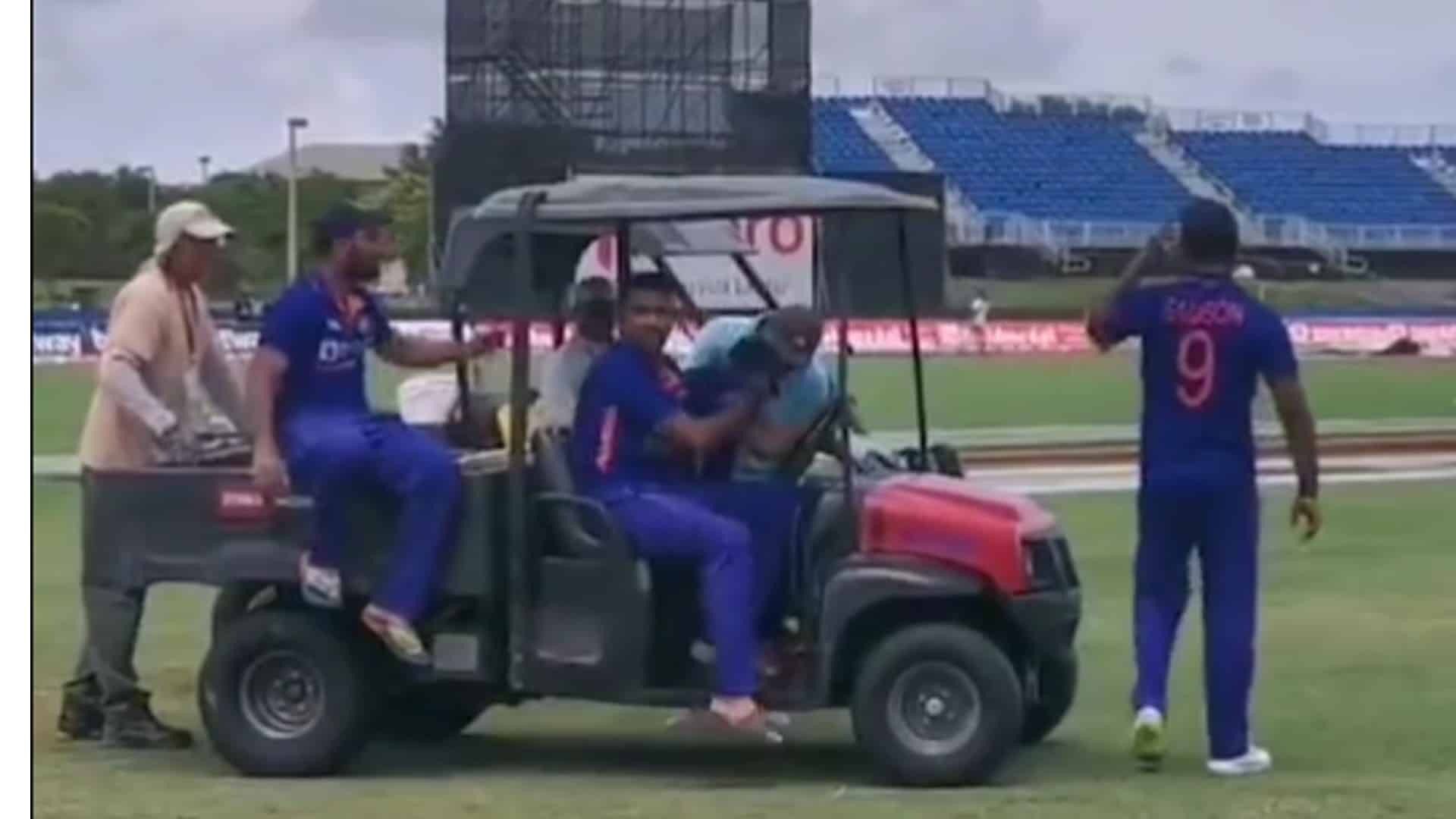 Asia Cup 2022: Team India’s wicket-keeper batter, Sanju Samson’s video is creating panic on social media. This happened in the last match of the West Indies tour which was taking place in the Florida ground. It was a dead rubber match of the T20I series. India already had won the series after winning the fourth T20I. Visitors also win the last match and the series ended with a score of 4-1. India won the match at the American ground by 88 runs. Are you looking for legal betting sites in India on the go? If yes, read more here.

After winning the series, Rohit Sharma came with a golf car. As soon as Rohit Sharma appeared with the car, many Indian players reached to ride it. Sanju Samson was also riding the golf car during this time. As the car reached near to the crowd, spectators busted out with the chant of Sanju’s name. The crowd had also chanted other players’ names like Pant, Rohit, and Ashwin. This video is getting more popular as Sanju Samson did not come in the Asia Cup 2022’s squad.

Asia Cup 2022: A Strong Fan Base of Sanju Samson

The entire stand began to chant ‘Sanju, Sanju, Sanju!”. After the scene, its video got viral on the social media handle. And people started reacting to the crazy fan base of Sanju Samson. In a very short span, Sanju Samson has made a strong fan base across the world. It did not stop here as again people fueled up after the announcement of India’s Asia Cup 2022 squad. This time once again selectors ignored Sanju Samson and go with Rishabh Pant.

Selectors picked Pant as the primary wicket-keeper batter. And Dinesh Karthik and KL Rahul as his backup. Coming to Sanju so, he made his debut in 2015. But since then his is never been a regular member of the Indian team. He is consistently performing well in the IPL, especially in the last few seasons. IPL 2022 was a dream season for Sanju as he led his team very close to the title. Rajasthan Royals were fighting in the final game against Gujrat Titans. But the Hardik Pandya-led team was good enough to tackle Sanju’s team and lift the trophy. Read our expert betting tips and guides, written by cricket betting experts, to find the right betting app for your situation.