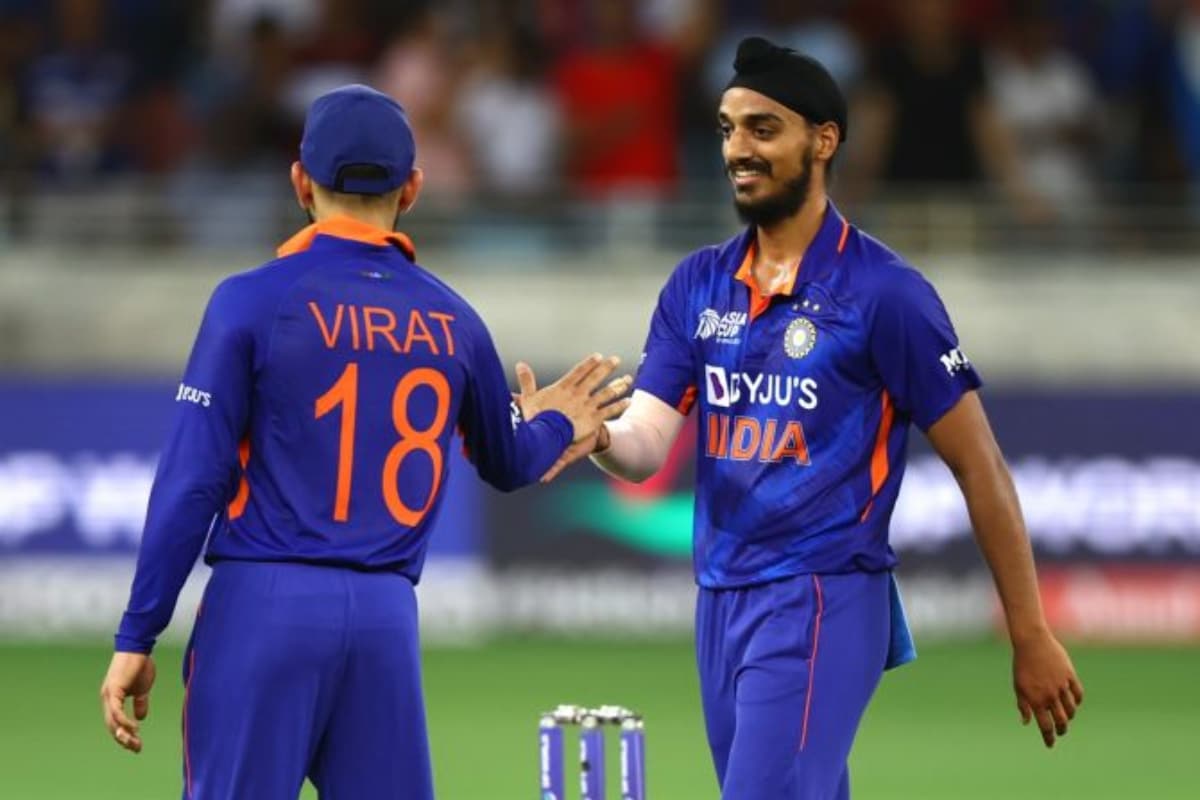 Asia Cup 2022: Former Indian captain, Virat Kohli has backed the young Indian seamer, Arshdeep Singh after his dropped catch proved to be costly in the match against Pakistan on Sunday. Chasing a high score of 182 runs to win, Pakistan looked to be in a spot of uncertainty after the Indian team bounced back after Mohammad Rizwan and Mohammad Nawaz’s dismissals. Bet online by checking more trusted betting sites in India for the upcoming match here on our site.

In the 18th over, needing 34 runs, Asif Ali attempted a sweep shot off Ravi Bishnoi and it seemed like he would have been out as well. However, Singh failed to grab the catch and Ali survived to bring back the game in Pakistan’s favour as well. The 23-year-old India pace bowler was then given the task of defending seven runs in the final over and he failed to do so as Pakistan won the match by five wickets as well.

Meanwhile, after the match, Arshdeep Singh has faced a lot of criticism from fans on social media. But, Virat Kohli has come to his support. While speaking at the post-match press conference, Virat Kohli said that anyone can make such a mistake in a high-pressure game and also gave a personal example from his first Champions Trophy as well.

Virat Kohli also said that the cricketers will need to learn from their mistakes and should be looking forward to playing under pressure once again.

While talking about the same, Virat Kohli said, “Anyone can make the mistake, the situation was tight. It was a high-pressure game and mistakes can happen. I still remember I was playing my first Champions Trophy and the match was against Pakistan, I had played a very bad shot against Shahid Afridi.”

He further explained, “I was watching the ceiling till 5 am, I was not able to sleep and I thought my career is over but these things are natural. Seniors players get around you, there is a good team environment right now, I give the credit to the captain and coach. The players learn from their mistakes. So one must accept his mistake, address it and look forward to being in that pressure situation once again.”

India will now be playing against Sri Lanka in their next match on 6th September as well. Stay tuned for our 100% FREE betting tips and match guides from our professional betting tipsters.