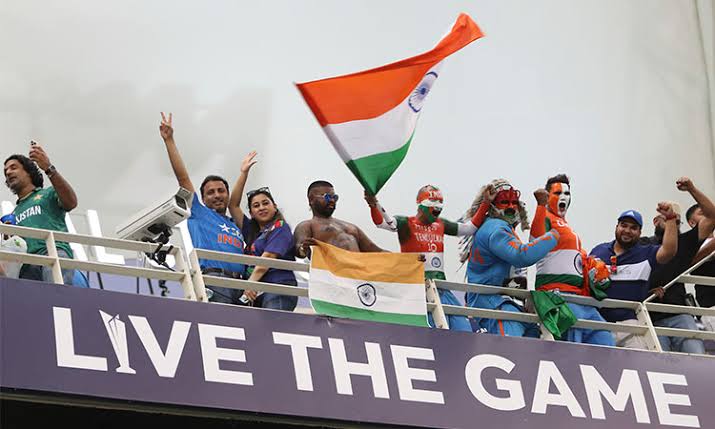 Last evening, Dubai hosted the Asia Cup finals between Pakistan and Sri Lanka. Sri Lanka defeated Pakistan in the clash to win their 6th trophy. Barely even considered a winning contender, the team displayed some amazing comeback journey. Fans of Sri Lanka present at the stadium were happy, and Pakistan fans were disappointed. However, there were some fans who were denied entry to the stadium. Bet online by checking more new betting sites in India for the upcoming match here on our site.

Officials at the Dubai stadium straight up declined to give entries to the fans wearing the Indian team jersey. The popular group ‘The Bharat Army’ on Twitter shared the video of the incident. “SHOCKING TREATMENT as The Bharat Army and other Indian Cricket Fans told they can not enter the stadium wearing ‘India jerseys’ #BharatArmy #PAKvSL,” Bharat Army captioned the video.

They further tagged the International Cricket Council and Asian Cricket Council to do the needful. Another tweet read, “The @icc & @ACCMedia1 we urge you to investigate as our members travelled all they way from India to watch the #AsiaCup2022 and have been told they can’t enter the stadium by local officials and the police! Absolutely shocking treatment! #BharatArmy #PAKvSL.”

In the video shared, some fans were seen addressing the issue. They stated that the security at the stadium wanted them to either wear Sri Lankan or Pakistani jerseys in order to gain access. Team India’s Asia Cup journey ended after they lost two back-to-back games against Pakistan and Sri Lanka. The men in blue had a decent group stage winning 2 in 2 games but couldn’t transfer the form into the important stage of the tournament. Bet online by checking more VIP betting tips from our professional expert tipsters.

Finalists Pakistan, on the other hand, lost their first game against India in the group stage. They had a tight finish against Afghanistan that sealed their spot in the finals. Throughout the tournament, Sri Lanka remained unbeaten except for their first game against Afghanistan. Bhanuka Rajapaksa and Wanindu Hasaranga were two players that stood up for their team in the Asia Cup finals. Winning the toss, Pakistan had decided to bowl first.