AUS VS IND: Australia Suffered a Huge Blow, Starc, Marsh and Stoinis to Miss India Series Due to Injuries 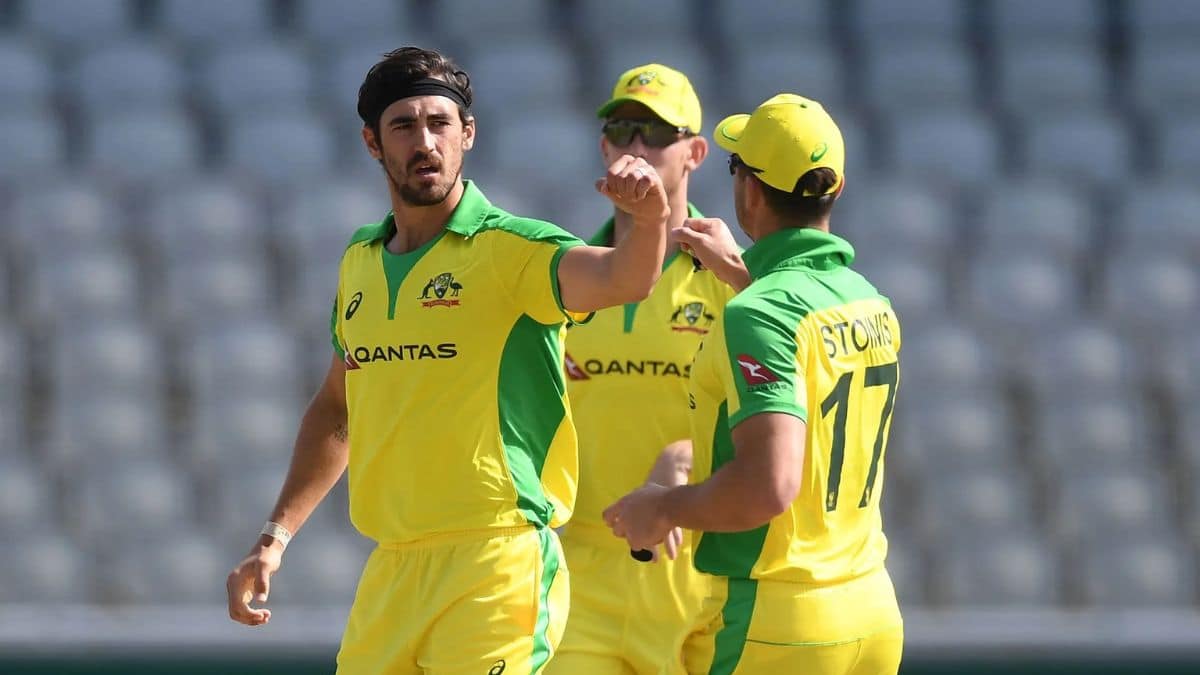 AUS VS IND: India and Australia will lock horns in a three-match T20I series in India. The first T20I will take place on Tuesday, September 20 at the Punjab Cricket Association IS Bindra Stadium, Mohali. The squads for both teams have been announced. Both teams appear to be strong with all their stars. However, the visitors were dealt a huge blow ahead of the first match when three of their first-choice players were ruled out of the series. Seeking official betting sites in India? Learn how to find the right one for you and explore your sports betting options.

The likes of Mitchell Starc, Marcus Stoinis, and Mitchell Marsh have been ruled out of the series due to injuries. All three players suffered an injury in the last series against New Zealand. Hence, they will not feature in the upcoming three T20Is against India starting on September 20. Notably, Cricket Australia (CA) has also announced their replacement for the series.

AUS VS IND: Starc, Marsh and Stoinis have been ruled out of the India tour

Marsh and Stoinis suffered injuries in the recently concluded three-match ODI series against New Zealand. Stonis suffered a side strain while Marsh sustained an ankle injury. On the other hand, Starc is out due to a knee injury, which got noticed in the scan on Wednesday. According to the report by cricket.com.au, these three will not take part in the series. However, some further confirmed that the injuries are not major, but keeping in mind the upcoming T20 World Cup, the Australian think-tank doesn’t want to take any chances. Read Mobile Bet365 reviews here and learn more about how online betting works. So what are you waiting for? Download the app now!

On the other hand, Cricket Australia (CA) announced Nathan Ellis, Daniel Sams, and Sean Abbott as replacements for Starc, Marsh, and Stoinis for the three T20Is. However, this will surely be a big worry for the Men in Yellow because they have already given rest to their star opener, David Warner, for the series. So it will be a big challenge for them without their main four players in the lineup. The three T20Is will take place on September 20, 23, and 25, respectively. The three venues which will host these matches are Mohali, Nagpur, and Hyderabad.

Australia is coming off a 3-0 whitewash over New Zealand in ODIs. On the other hand, India had a dismal performance in the Asia Cup 2022. After the Indian T20Is, the Men in Yellow will face the West Indies and England in preparation for the T20 World Cup.

Are you looking for the best cricket betting tips on the go? If yes, read more here.