Home » News » AUS Vs SL Series: Top 5 Sri Lankans to Watch Out for in the T20 Series

AUS Vs SL Series: Top 5 Sri Lankans to Watch Out for in the T20 Series 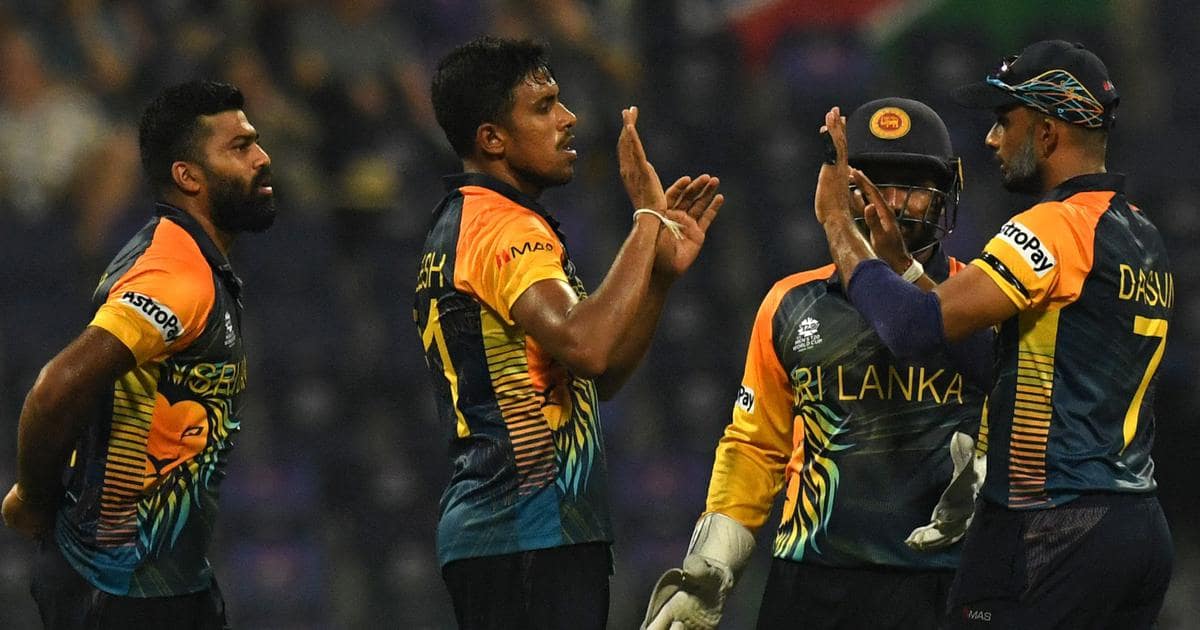 AUS Vs SL: Both Australia and Sri Lanka are ready to lock horns in the first match of the 5-match T20 series tomorrow. Sri Lanka are touring Downunder and will look to maximize the tour. The T20 World Cup is due in Australia this year and this could prove to be a vital experience for Sri Lanka ahead of the grand tournament.

Team Australia is in sublime form and is doing everything right on the cricket field. Australia are the reigning T20 World Cup champions and have decimated England in the recently concluded Ashes. Whereas Sri Lanka have had forgetful results in limited-overs cricket of late and will like to put that behind them. Both teams will take on each other in their first encounter tomorrow at the Sydney Cricket Ground.

Aaron Finch will lead Australia, whereas the visitors will be led by Dasun Shanaka. Sri Lankan management have put immense faith in youngsters in team selection. As many as 4 uncapped players have been named in the 20-player squad for the T20 series. Only eight players have prior experience of playing in Australia.

Undoubtedly, the hosts are the favorites but Sri Lanka too have a tendency to surprise. There are many players in the Sri Lanka squad who could win their team matches from unbelievable situations. In this segment we will look for players who could stand out in the series. Here are:

Maheesh Theekshana is another bowler on Sri Lanka’s long list of mystery spinners. Maheesh Theekshana reflects Ajanta Mendis’ style of bowling and is equally undecodable. He made his international debut last year and shot to fame in the recently concluded T20 World Cup. Maheesh was almost unplayable in the early stages of the T20 World Cup. He was almost unsurmountable to associate nations. however, in the latter stages of the tournament, teams like South Africa and England had less difficulty playing him.

The 21-year old has 9 wickets in 10 T20I and is seen as a future prospect for Sri Lanka. The pitches down under are not very conducive for spinners and he will have to come up with new plans and strategies to live up to the expectations.

Charitha Asalanka is a stylish left-handed batsman with a typical Sri Lankan flair in his batting. The 24-year old was impressive in Sri Lanka’s campaign in the T20 World Cup 2021. He was the fifth-highest scorer in the tournament and scored 231 runs in 6 innings to take Sri Lanka into the super 12 group stage. He was recently drafted into Sri Lanka’s Test side and is seen as a long-term prospect across all three formats.

Charitha is consistent and bats with an impactful strike rate. Charitha likes balls coming to bat. The pitches in Australia would suit his style of batting. With the T20 World Cup in sight, it would be interesting to see how he approaches his game in Australia.

Wanindu Hasaranga is in the form of his life. He was the leading wicket-taker in the T20 World Cup in 2021. Wanindu picked up 16 wickets in 8 games of the tournament and is one of the finest wrist spinners in the shortest format of the game.

He was drafted into the national side straight from the U-19 cricket and presently plays all three formats. Wrist spinners are a preferred choice and Wanindu has played 2 matches in Australia. In such a scenario, all eyes will be on him in this series. Wanindu bowls wicket-to-wicket and is quite disciplined in his skills. It is expected of him to do well despite the fact that conditions won’t be favorable.

Avishka Fernando is a stylish batsman with an orthodox strokeplay. He was hailed as a child prodigy and was scouted straight out of school cricket. Avishka came to the limelight by playing a magnificent innings against England followed by a hundred against the West Indies in the 2019 World Cup.

However, he failed to leave his impact at the elite level the way it was expected. His fitful performances couldn’t help him grab a hold of the national team. The tour down under will be a great opportunity for this 24-year old batsman to present himself as a contender for the World Cup squad.

The batting all-rounder and current limited overs captain Dasun Shanaka is a key player in this series. Dasun was entrusted with the responsibility of the Sri Lankan team last year. He took some time to find control with the team. He will be on a task of planning things with his team while keeping the T20 World cup in mind. Dasun is a pinch hitter and bowls medium pace.

Dasun recently scored a hundred in an ODI against Zimbabwe and is looking is in good batting form. He bats in the lower order and in 53 innings of T20I, Dasun has 707 runs. He also has 17 wickets in 28 innings in the same format. Dasun’s biggest challenge will be to keep his team together and scout players for the T20 World cup later this.