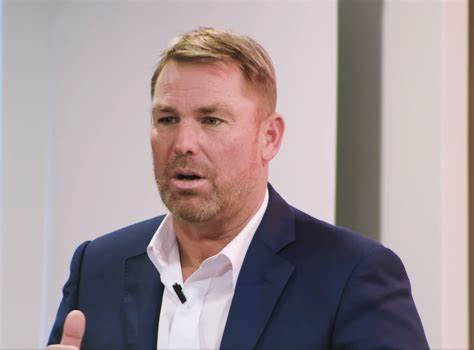 Australia Head Coach: All-time spin legend keens to become England’s next coach. In recent days Shane Warne had coached London Sprit. In England’s new hundred ball format game London Sprit is one of the franchises representing Lords Cricket Ground. He is the greatest spinner of his time and the finest one ever produced as an overseas spinner. He had been mentoring Rajasthan Royals for several years. So Warne has been working in the coaching department for a while. And he had gained much experience in this section. Read more reviews about Mobile Bet365 here and get to know more about how online betting works.

Warne is now 52 years old and interested to join England’s head coach position. England is suffering in the white-ball game for many series. Their last series was the Ashes where Australia thrashed them with a 4-0 win. After this humiliating loss, England Cricket Board has turned their path with former head coach Chris Silverwood. The current ECB has appointed former all-rounder Paul Collingwood as the interim head coach. However, ECB is yet to finalize a head coach for full-time.

Talking about the vacant position Warne reacts by saying that he might do a pretty good job. It could be a great time to be in England’s coaching position. He can do a nice job as there is a lot to work with and added that England has a bunch of quality players but yet they are struggling. He advised that some of the basics should go right and that’s what not happening on England’s side.

“You can’t bowl no-balls and drop so many catches, but you’ve got the players, they’re just not performing,”

If you are looking for some Solid Cricket Betting Tips, read more here on our site.

He has done a tremendous job there and that’s why the Australian board offered him a short-term extension which he denied. In his coaching, Australia won their first-ever T20 world cup title and the Ashes win cherish the journey of his Australian head coach position. But Warne is disappointed with the Australian board for Langer’s sacking.

“Cricket Australia were disgraceful in the way they handled it. Winning an Ashes series and a World Cup, it doesn’t get much bigger than that. But [Langer] was a dead man walking. When I didn’t hear the captain or any other players sticking up for him, saying he was fantastic, I found that really disappointing,”

He added that why Cricket Australia could not come out and say that they were not renewing his contract straight away. But they would wait till the summer end and find the best candidate for the job. If Langer is still the perfect candidate then they should stick with him. Get the latest Online Betting Apps here for IOS and Android.