Home » News » Australia vs India: Mohammed Siraj breaks down during the National anthem.

Australia vs India: Mohammed Siraj breaks down during the National anthem. 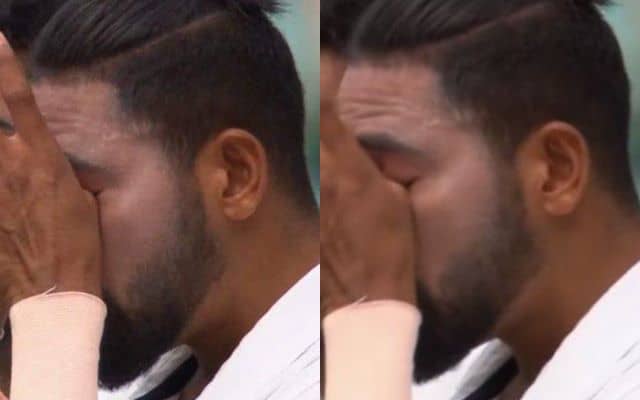 Mohammed Siraj has overcome a lot of hurdles before donning the white jersey for India in the longest format of the game. Recently after he landed in Australia, he lost his father and was unable to attend his funeral. The pacer chose to continue to stay with the team and wanted to make his father proud by making it to the playing XI of the Test team.

Siraj, however, had his share of luck when Mohammed Shami got injured and he was in contention to replace him. As expected, he replaced Shami, and since then, hasn’t looked back. Mohammed Siraj had a dream debut where he picked five wickets in the match and his debut scalp was that of Marnus Labuschagne.

Siraj was once again in the playing XI for the third Test of the Border-Gavaskar trophy at the Sydney Cricket Ground (SCG). Before the start of the Test, when both the teams were assembled for the national anthem, it was seen that Mohammed Siraj got a tad emotional and tears rolled down his cheeks. Check this 1xBet bonus and Promo Codes 2021.

After the end of the National anthem, Siraj was seen wiping his tears and when Jasprit Bumrah, who was standing right beside him, checked on Siraj, he replied with a smile depicting he’s ready to for the action on the 22 yards.

Check this ipl cricket betting tips and tricks from experts.

It reminded me of my father, says Mohammed Siraj

In the post day conference after the end of Day 1, when asked for the reason for his break down, Mohammed Siraj clarified that he remembered his father when national anthem was being played and that made him a tad emotional.

“It reminded me of my father, so that’s why I got emotional. My father always wanted to see me play Test cricket. If he was there, he would have been able to see me play,” Siraj said after first day’s play.