Home » News » Australia vs India: Ravindra Jadeja ruled out of the Test series

Australia vs India: Ravindra Jadeja ruled out of the Test series 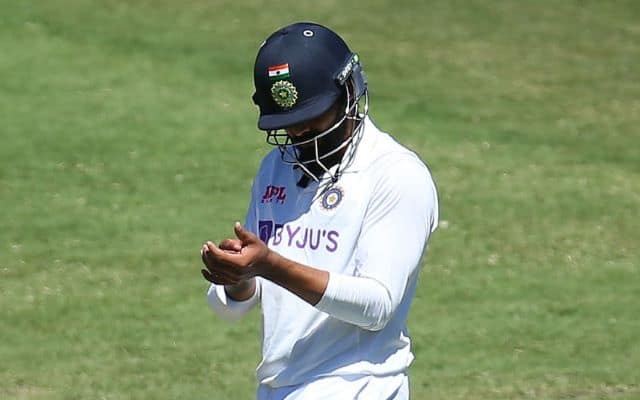 Team India, ever since landing in Australia, has suffered from a spate of injuries to their key players. Ishant Sharma was already ruled out of the Test series while Rohit Sharma missed the first two matches. The latter has returned but the likes of Mohammed Shami, Umesh Yadav and KL Rahul have returned to India after sustaining injuries. Add to this, Virat Kohli’s absence and the team is already looking brittle. Take a look our 1xbet android app review. Read more to get more free tips from us.

Even then, the visitors, until the second day of the ongoing SCG Test battled neck and neck against the full-strength Australia side while also historically winning the Boxing Day Test. But team India was left with two more injury concerns on the third day of the ongoing Test as Rishabh Pant and Ravindra Jadeja both didn’t take the field in the second innings.

The latter was hit on his left thumb while facing a bouncer from Mitchell Starc and has now been ruled out of the remainder of the series. He is also unlikely to bat and bowl in the second innings for India. “Ravindra Jadeja has suffered a dislocation and fracture on his left thumb. It will be very difficult for him to wear those gloves and bat.

“In any case, he will be out of action for at least two to three weeks which rules him out of the final Test,” a senior BCCI source was quoted as saying by Times of India. This is a huge blow for India as Jadeja would’ve been crucial with both bat and ball in the second innings as they will be looking to save the Test most probably now. Check this cricket betting tips report free. Read our full review on betting.

Rishabh Pant will be able to bat

Meanwhile, Rishabh Pant was hit on the elbow while batting and was also taken for scans later. However, his injury isn’t serious and should be able to bat in the second innings. “Pant will be able to bat as his injury isn’t that serious,” the source added. The southpaw batted well in the first essay scoring 36 off 67 balls and his concentration disturbed a bit after being hit on the elbow.