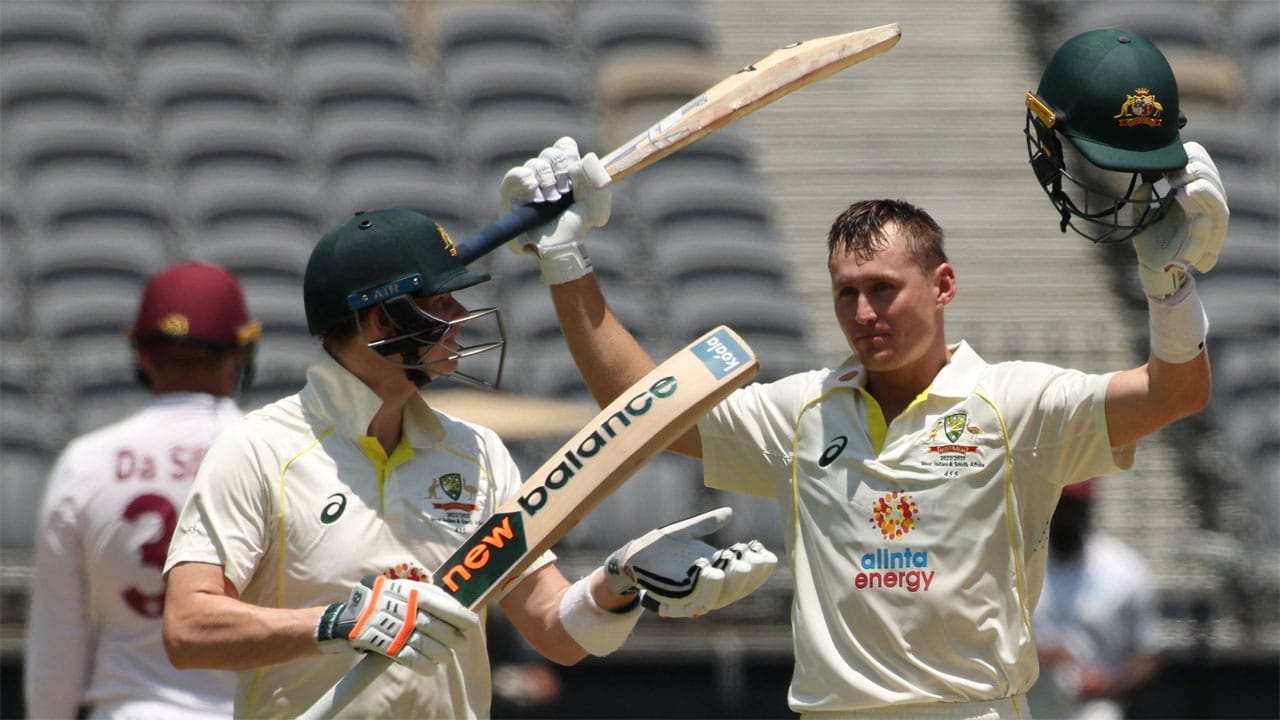 In the ongoing Australia vs West Indies test, Marnus Labuschagne became the 3rd Australian player to have a double century and century in the same test match. Labuschagne scored 204 runs in the first innings and 104 not out in the second. He became the 8th player in the history of the game to do so. Pat Cummins had won the toss and had opted to bat first against the West Indies.

On the first day of the Australia vs West Indies game, Marnus Labuschagne and Usman Khawaja gave Australia stability. Khawaja however, couldn’t convert his runs into a bigger score. Nonetheless, Steve Smith provided Labuschagne with the support. The next day, both the players reached their double centuries. Australia declared their first innings at 598 runs. Kraigg Brathwaite and Tagenarine Chanderpaul provided West Indies with a decent start but the others failed to capitalize on it.

Marnus Labuschagne feels he was “lucky”

West Indies in the first innings was wrapped up by 283. Coming out to bat in the second innings of the Australia vs West Indies test, the hosts lost Usman Khawaja early. Marnus Labuschagne picked up from where he had left in the first innings and comfortably went on to add another 3 digit score to his name. Pat Cummins decided to declare and West Indies were facing the target of 498 runs in 154 overs.

On Saturday, Alzarri Joseph aimed at Labuschagne with a slew of short balls, including one edge that struck his helmet and caused him to be caught at gully while he was on 19. The ball was called a no-ball and the batsman survived. During the mid-innings break of the Australia vs West Indies test, Marnus Labuschagne said, “Obviously a bit of luck today with that bouncer, he (Joseph) was bowling fast there and it got away. It’s always nice, it’s something I’ve never done in Test cricket (double century and century in the same match), very proud.”

After Doug Walters and Greg Chappell, Marnus is the third Australian to reach this feat. Apart from them, others include Brian Lara, Lawrence Rowe, Sunil Gavaskar, Graham Gooch, and Kumar Sangakkara. The 28-year-old has a long road ahead of him. So far in 28 test matches, he has over 2500 runs.