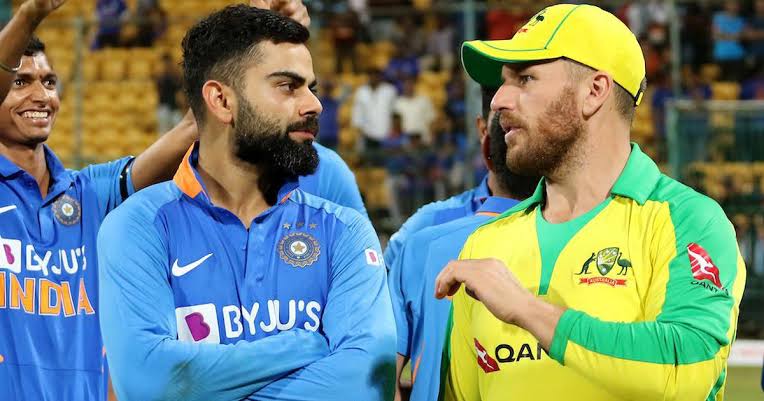 Players all around the world consider Virat Kohli as one of the greatest batsmen. However, the Australians have a special bond with Virat. As much as they enjoy sledging him, they enjoy seeing him bat too. Australian T20 captain and ex-RCB player Aaron Finch has a good bond with the Indian batsman and he can’t stop praising him. India will host Australia in Mohali tomorrow for the first match of the series. Ahead of the clash, Finch spoke with the press. Looking for more online betting sites in India for the 2022 season? Read here.

During the virtual press conference, he answered questions about everything right from his form to that of Virat Kohli’s century. Finch said, “You’d be a very very brave man to write off Virat at any stage. He has shown for 15 years now, that he is one of the greatest players of all time. Particularly in T20 cricket, he is someone who has developed his game and grown his game over for such a long period. You are always trying to prepare to the best of your ability when you are coming up against Virat. He is super, 71 international hundreds, that is just ridiculous, isn’t it.”

Aaron Finch calls Virat Kohli ‘one of the greatest’

The Australian skipper was picked up by Kolkata Knight Riders this year in the IPL but only got 5 matches. Aaron Finch hasn’t looked in great touch for a while, however, that hasn’t affected the overall performance of the team. Nonetheless, the opener will try his best to regain the lost touch in the series before the world cup. Australia was the first team to announce their squad and the team has a great mix of young as well as experienced ones. Have your own best betting apps and become part of a huge community of cricket fans betting on exciting matches with maximum comfort at home.

One such interesting pick in the squad was Tim David. Tim David, the player from Singapore has been the game changer for his T20 franchise teams. Right from IPL to PSL, the young power hitter is everywhere. The 26-year-old batsman has as many as 2725 runs at a blazing strike rate of 163.17 in 127 T20 games. He made his debut for Singapore in 2019 and then decided to call it quits in 2020. Though Aaron Finch has not given an update on David’s official debut for Australia, it is highly possible that the player will be in the playing XI against India.

“We haven’t finalised the XI yet, we are going to wait till we see the wicket today at the ground. But Tim has been super impressive in T20 cricket over a long period of time now. He is someone who we know has got the power, he has shown that all over the world where he has played. The fact that he has come into the squad with such a great attitude, he has been outstanding. He is a very good all-round package with his ability to bowl few overs. We are excited on what he brings to the squad,” Aaron Finch added.