Home » News » Babar Azam is consistent, not overtly flamboyant; he is opposite of Virat Kohli: Matthew Hayden

Babar Azam is consistent, not overtly flamboyant; he is opposite of Virat Kohli: Matthew Hayden 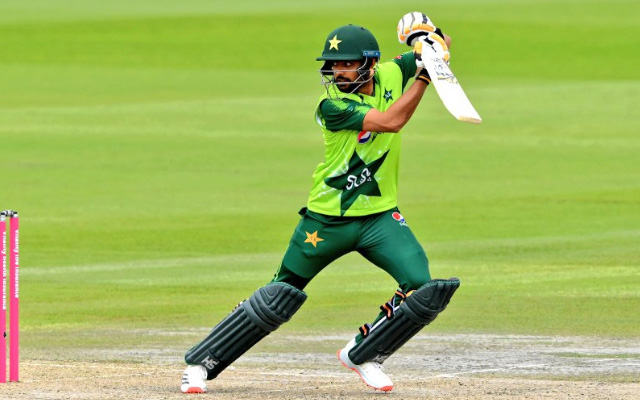 Matthew Hayden is enjoying his new role as the batting consultant of the Pakistan team. The former Australia opener was roped in for the role by Pakistan Cricket Board (PCB) chairman Ramiz Raja ahead of the 20-20 World Cup. Raja felt Hayden will bring in his vast amount of experience and help the players in getting mentally stronger. So far, the former Australia opener has not disappointed in his new role as Pakistan have performed exceptionally well in the 20-20 World Cup so far.

Pakistan have managed to post big scores in the five games with all players chipping in with vital contributions. Pakistan will now be up against Australia in the semifinal match on Thursday (November 11). These are the best cricket betting sites to go with. Do check it here.

Ahead of the match, Hayden admitted the match will be “a challenge of the heart.” Hayden will also up against his former opening partner and good friend Justin Langer, who is Australia’s head coach.

“It is a very unusual feeling,” Hayden said according to In Sport. “As you all know, I was a warrior for Australian cricket over two decades. That does give me the benefit of having wonderful insights, not only into these players but also into the culture of cricket in Australia.”

Hayden was also quizzed on working with Pakistan captain and opening batter Babar Azam. The former Australia opener feels Azam is a classy operator. “Babar and his personality is, as you see is what you get,” Hayden said. “He is very consistent. He is very stable. He is not overtly flamboyant.”

Pakistan’s batting consultant further opined that Azam is just opposite to his rival India captain Virat Kohli. “In fact, I would go as far as to say he is almost the opposite personality to someone like Virat Kohli, who is very animated, very passionate, and very boisterous on the field.”

The Pakistan skipper is second on the run-scorer’s list in the 20-20 World Cup. He has scored 264 in five games. Check our full funbet review here.