Home » News » “Back to Work” – Huge Boost for India,  Deepak Chahar Has Started Training After Injury

“Back to Work” – Huge Boost for India,  Deepak Chahar Has Started Training After Injury 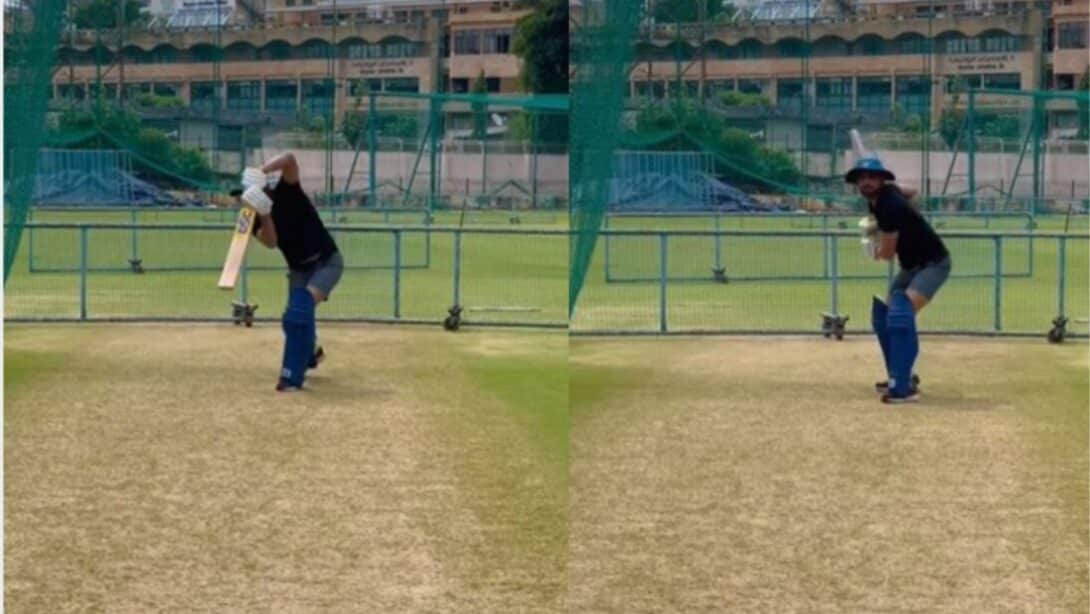 The Indian team has dealt with a lot of injuries in the past few months. A number of players have suffered various injuries and are out of action. One such player is Indian all-rounder Deepak Chahar, who has been out of action for a few months now. He suffered a hamstring quadriceps injury during a T20I series against the West Indies a few months back. He didn’t even take part in the 15th edition of the Indian Premier League.

The four-time champions, Chennai Super Kings, bought Chahar for a whopping amount of INR 14 crore. He also showed some signs of improvement ahead of the start of the IPL. However, after a hamstring quadriceps injury, he sustained an issue in his back as well, which totally sidelined him from the scene. But for the Indian fans, there is good news that the all-rounder has started training again and is improving.

Watch Video: Deepak Chahar back in action, has hit the net

On Tuesday, the all-rounder posted a video clip featuring him practicing his bat at the nets. He also captioned the post “Back to Work”. Notably, he is also not part of the upcoming India and South Africa series starting on June 9. But he must aim for a comeback and will look to feature in the squad for the upcoming T20 World Cup in Australia.

The 29-year-old has also shown some useful batting skills playing at the lower down the order. In the end, he has established himself as a more than useful batsman. On the other hand, he is a bankable bowler for both India and CSK. In 27 international matches, he has picked up 36 wickets. As India is scheduled to play many series this year, he will be looking to make a comeback. For today’s cricket betting odds and scheduled matches for the 2022 season, read here.

Meanwhile, the all-rounder got married to his long-time girlfriend, Jaya Bhardwaj, on June 1 in Agra. Deepak proposed to her last year in an IPL match between CSK and PBKS in the 2021 season. After tying the knot with Jaya, the couple flew to Delhi to throw their wedding reception party. Former and current CSK stars like Suresh Raina, Robin Uthappa, and Piyush Chawla attended the grand celebration.

On the other hand, the Men in Blue will play a five-match T20 home series against South Africa starting on Thursday. The team will fly to the UK after that for a one-off and rescheduled fifth test match and ODI and T20I series against England. Notably, India will also play two T20Is against Ireland before the England tour. And as per the reports, the second string team will go there for the two T20Is.