BAN vs SA Series: Bangladesh to Tour of South Africa in March 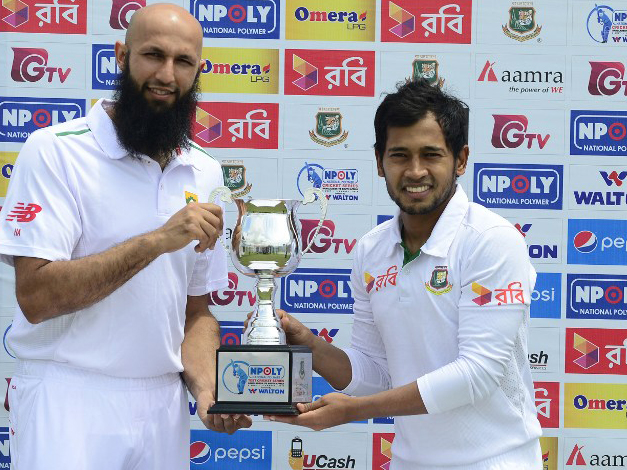 BAN vs SA Series: South Africa cricket board made it official that the Bangladesh team will tour for a series consisting of three ODIs and two Test matches. The tour will take place from 18th March to 12th April. These matches will take place across four venues namely Centurion, Johannesburg, Durban, and Gqeberha.

Here are some top betting apps for 2022. Check all the apps here.

Bangladesh will start the tour by locking its horns with South Africa for three ODIs. March 18, 20, and 23 are the dates finalized for the ODIs between the two teams. SuperSport Park in Centurion will host the first and the third ODI and the second ODI will be hosted by Wanderers in Johannesburg.

According to Cricket South Africa, the second ODI will be a pink day match. The pink day match will be a platform to raise awareness for breast cancer treatment. Both the teams will be taking part in the special cause at Wanderers.

In ODI Super League, Bangladesh is currently in the second position. Before the beginning of the ODI series against the Proteas, Bangladesh is scheduled to clash with Afghanistan at home. South Africa meanwhile is languishing in 10th position with 39 points, with three wins in 10 games.

After completing the ODI series, the visitors will take part in the test series against the host South Africa. The two-match series will begin on 31st March at Durban.

Bangladesh will be playing at Durban for the first time since 2003. The last time they were part of a fixture in the ICC World Cup against Canada which they ended up losing. The Bangladesh team will be planning to rewrite their past and get over the nightmare.

The second test will take place in Gqeberha from April 8. St George’s Park, Gqeberha, South Africa is one of the elitist cricket grounds in South Africa. Both the series will count towards vital points in the ICC Cricket World Cup Super League and the ICC World Test Championship.

According to the WTC points table, South Africa is at the fourth position. With 24 points, they have won 2 matches and have lost 1. Recently, the Proteas won a test series against team India in January. The hosts will be looking to mark a win over Bangladesh as well to gain more points for the WTC point table.

Bangladesh, on the other hand, has played 4 matches and has only won one fixture. They are currently sitting at 7th position with 12 points in the point table. Bangladesh is right above West Indies with equal points and leading with 2 points against England. The Englis team, surprisingly, is at the bottom of the WTC point table as they recently had a disappointing Ashes loss against Australia. Here’s a daily cricket prediction, of who will win today.