Bangladesh swap one Test with an extra T20I on Zimbabwe tour 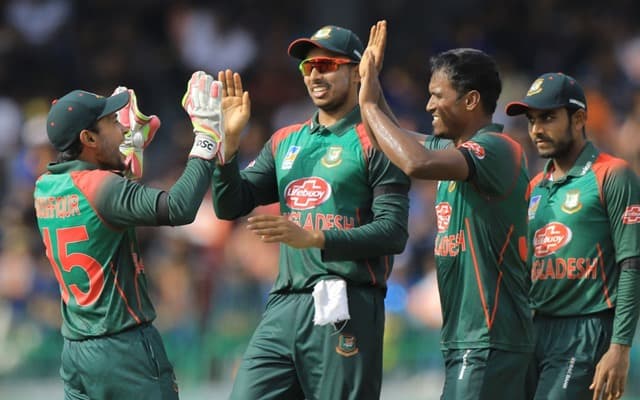 Bangladesh Cricket Board has announced that they have swapped one Test with an extra T20I on their upcoming tour of Zimbabwe. Bangladesh were initially scheduled to play two Tests, three ODIs and two T20Is against Zimbabwe but now they will play three T20Is and the two match test series has been reduced to one off Test. The development was confirmed by the BCB cricket operation chairman Akram Khan to Cricbuzz. He said that the decision was taken by keeping Dhaka Premier League in mind. The Bangladesh tour of Zimbabwe gets underway on July 7. Take a look our parimatch app review and we have free tips as well.

“We have decided to deduct one Test from the tour and add one T20s,” said Akram. “We have taken this decision in order to accommodate some time from DPL,” he added.

The Dhaka Premier League is likely to start from May 31 and Bangladesh is expected to fly for Zimbabwe on June 29. The teams will play the first Test in Bulawayo. Before the opening Test, the tourists will play a two-day practice game on July 3 and 4. They will play another warm-up game on July 14, two days before the ODI series.

The ODIs are scheduled on July 16, 18 and 20 in Harare, while the three T20Is will be played on July 23, July 25 and July 27 at the same venue. Zimbabwe recently hosted Pakistan in a T20I and Test series but failed to put up a fight. They will hope to do well against Bangladesh. The visitors are currently playing a ODI series against Sri Lanka and are 1-0 up in the 3 match series.

Do check our bet365 cricket betting tips. We have full guide on betting.

In the second ODI, Sri Lanka have bowled them out for 246. Mushfiqur Rahim was the star performer from Bangladesh and notched up a magnificent hundred. He got good support from Muahmudullah who stroked 41. For Sri Lanka, Dushmantha Chameera and Lakshan Sandakan picked up three wickets each while Isuru Udana accounted for two wickets.