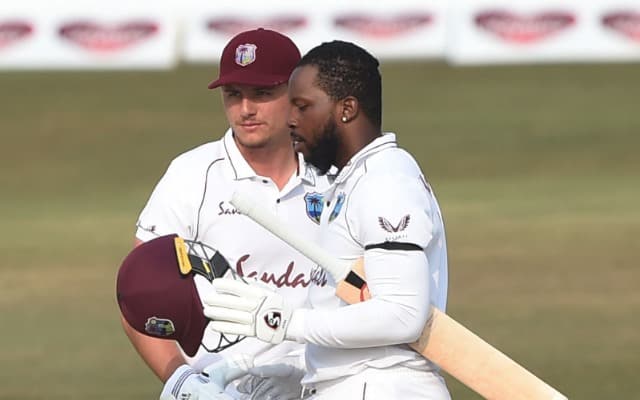 Debutant Kyle Mayers scored an unbeaten double-century as West Indies registered a miraculous three-wicket win over Bangladesh in the first Test in Chattogram. For the first four days of the Test, West Indies had remained on the backfoot. And thus, not many had given the inexperienced side even an outside chance of saving the game let alone winning it. Check our funbet app review and get free tips from us.

But Bangladesh were in for a huge shock as Mayers’ unbeaten 210 led West Indies to a sensational win. He found a perfect partner in another debutant Nkrumah Bonner as the pair helped their side pull off the fifth-highest chase in Test cricket, and the highest ever in Asia. Mayers and Bonner had joined hands in the middle on the fourth day when West Indies were staring down the barrel after being reduced to 59 for 3.

Their chances of saving the Test was looking done and dusted at that stage. The duo did well to negate the tricky last few overs in the final session and took the score to 110 for 3 before stumps were called. And much to everyone’s surprise, they batted in the same manner on the fifth day too, keeping Bangladesh wicketless in the first two sessions.

By the time tea was called, West Indies were on 266 for 3, needing 129 more runs for a sensational win. And Bonner made West Indies’ intentions clear in the very first over of the third session by hitting Taijul Islam for a six. But on the very next ball, Taijul trapped him in front to end the 216-run stand. Jermaine Blackwood then opened his account with a six but fell for 9, leaving his side reeling at 292 for 5.

With Bangladesh finally getting the opening, it looked like the match might head their way or end in a draw. However, Mayers was in no mood to let the hosts off the hook as the fall of wickets from the other end did not affect his momentum. He and Joshua Da Silva added 100 runs for the sixth wicket to all but seal the game for the visitors.

During that century stand, Da Silva scored only 20 runs as Mayers took the onus on himself to do the scoring. During the partnership, he went on to complete his double century with a single when West Indies needed just 10. Towards the end, West Indies lost the wickets of Da Silva and Kemar Roach before Mayers took a single in the 128th over to take his team home.

Check our free cricket betting tips prediction. Learn how you can get funbet bonus code here.