BBL 2021-22: Hayden Kerr Emerges as a Revelation for Sydney Sixers 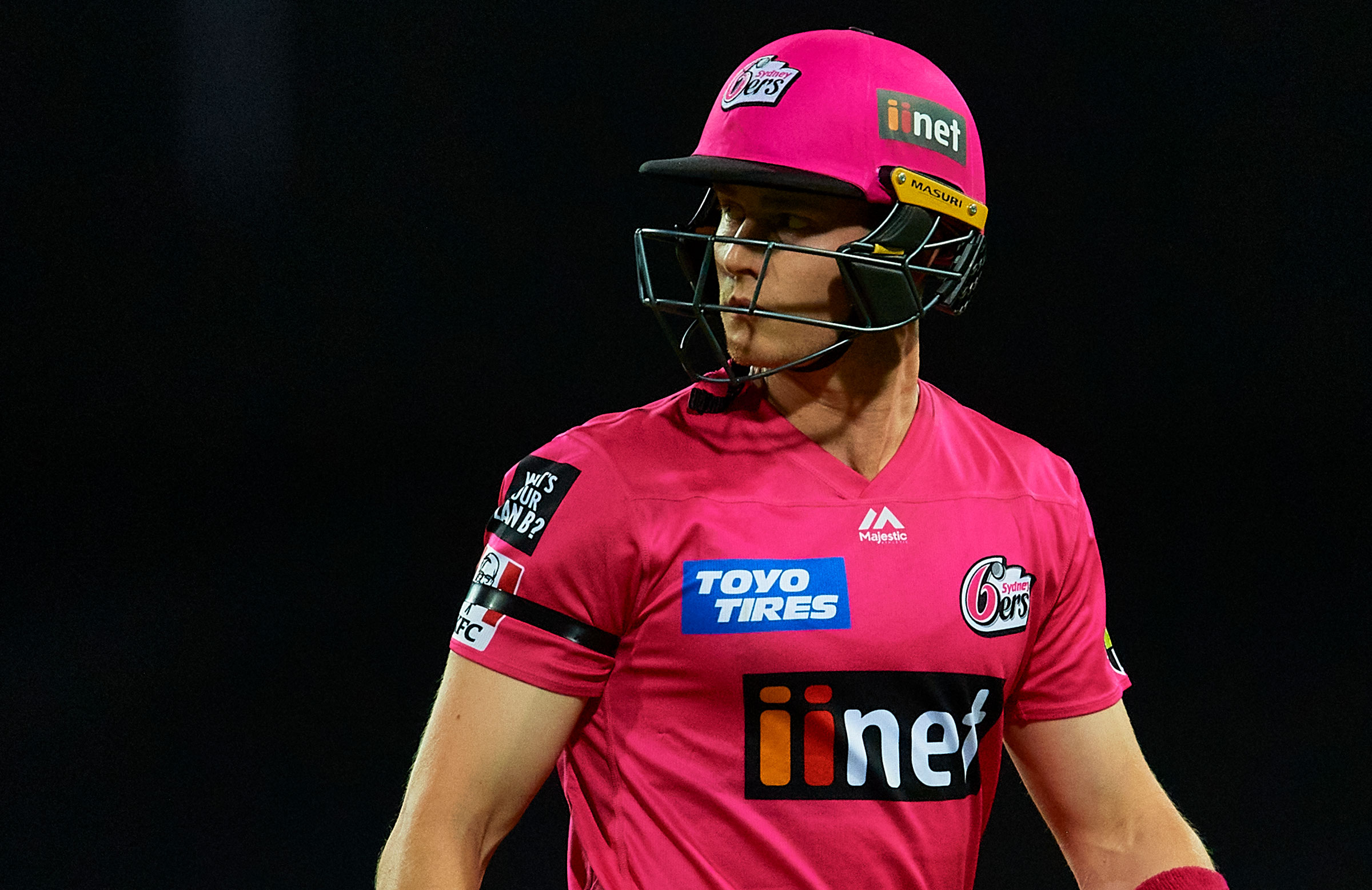 Young all-rounder Hayden Kerr has been making a lot of noise in the cricket fraternity but all for the right reasons. Kerr is enjoying a dream ride in the 2021-22 Big Bash schedule for the two-time champion Sydney Sixers.

After a brilliant run for the New South Wales in the Marsh Sheffield Shield, Hayden Kerr is shining bright in the BBL too. Injuries to a handful of players in the Sixers camp paced the way for the youngster in the playing XI.

The 25-year-old has grabbed the opportunity provided to him with both hands and is being deemed as the future star in the Australian domestic circuit. Hayden Kerr has been absolutely fantastic with the ball.

In the five BBL 11 matches so far, the seamer has picked a total of six wickets at an economy rate of 6.7. His best performance in the league came against Melbourne Stars in the curtain-raiser as he picked two wickets while conceding just six runs, which has shown in his odds on the best cricket betting sites in India.

Though Hayden has been brilliant with the ball, he gained the limelight owing to his quickfire cameo with the bat in the Sixers’ most recent match against Adelaide Strikers. With Sean Abbott and Hayden Kerr in the middle, the defending champion needed six runs off the last six balls.

Playing his first ball of the match, Kerr hit the ball towards the extra cover to sneak in two runs. The next ball by Peter Siddle was delivered into the stands by Hayden. The cameo of 8 not out off two balls by the all-rounder helped Sixers in winning their fourth game in the season by four wickets and with four balls to spare.

Hayden Kerr opens up about his match-winning performance 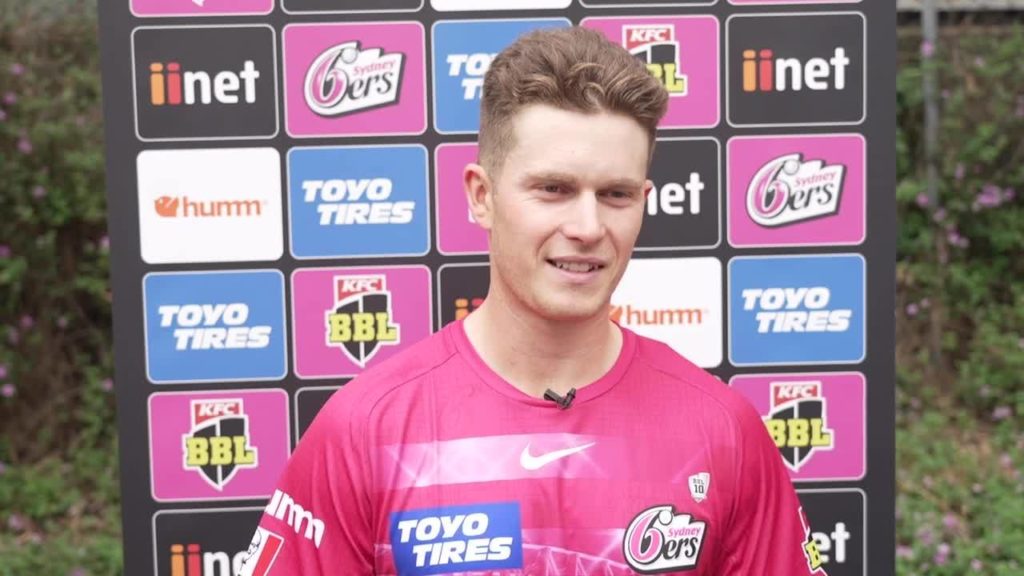 Hayden impressed the entire cricket fraternity with his conduct with the willow. However, the all-rounder isn’t letting success and fame get into his head. While speaking about his performance, the 25-year-old said that he didn’t do anything extraordinary during the match.

The all-rounder also revealed that after the match, he followed his regular routine of sweating it out into the nets in a bid to improve his performance. Hayden added that he has a growth mindset and he just focuses on being the better version of himself every day.

“I’ve just kept sticking to my regular routine like I even went and hit balls with a couple of the guys I like to hit balls with the next day after that Shield game. I was straight back into it and back on the horse trying to improve every day.

“So I think if I keep using that growth mindset to make sure I’m better than I was the day previously then I’m always going to be headed in the right direction,”  the left-armer said as quoted by cricket.com.au.

Further, Hayden Kerr added that he is making the most of the opportunity of playing alongside world-class all-rounders like Dan Christian and Tom Curran. The young rookie revealed that he is getting to learn a lot about the game by looking at the conduct of Curran and Christian in the field and net sessions.

“I think (Tom Curran) and Dan Christian are a pretty similar type of player, and I got to play those five games with ‘TC’ (Curran) two years ago, so I got to see how he went about it. Then last year, it was more watching ‘DC’ (Christian) do his work and how he goes about it as well.

“I’ll just be picking their brains as much as I can, and just taking it in via osmosis, I suppose. Just watching them and try to replicate how they go about it,” Hayden Kerr concluded. 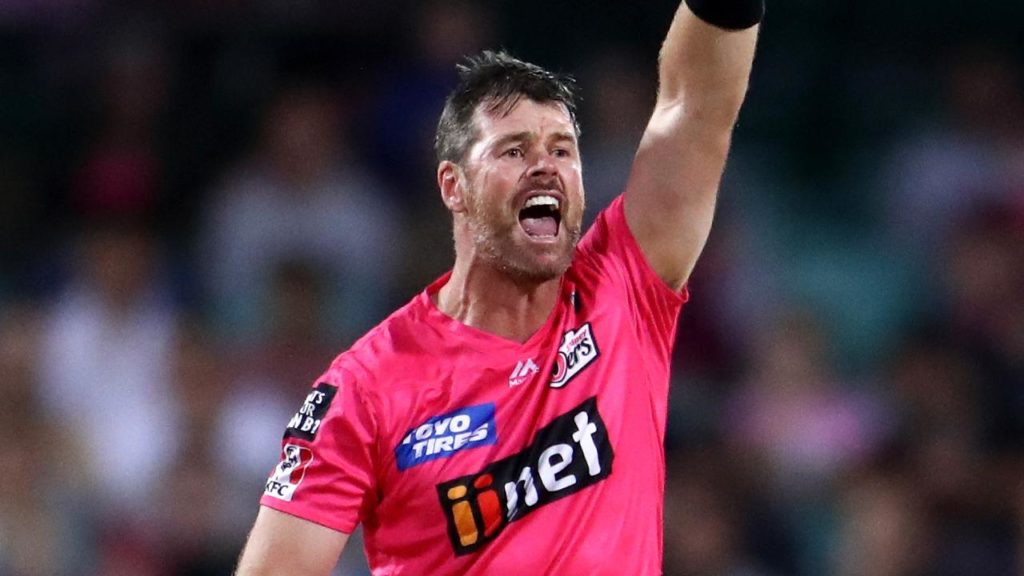 Further, Kerr’s Sydney Sixers’ teammates were all praises for the youngster. Both Dan Christian and Sean Abbott admirably spoke about the all-rounder and acknowledge his commendable performance for the team this season.

While speaking about his team. Christian mentioned that he wasn’t surprised seeing the performance of Kerr against Adelaide Strikers. The veteran added that he has seen a lot from Kerr in the nets and he is confident about him playing many more match-winning knocks for the team.

“It might be a bit of a surprise to you guys but it’s not really a surprise to us from what we see at training, what we see in the nets, and what we’ve seen him do in practice games. Kerr’s been fantastic for us this year – he’s been great with the ball.

“That’s his first chance with the bat and he’s come out and hit a six to win the game for us. There’s just real confidence among the group and confidence in the guy that we’re standing next to out on the field,” Christian said.

The decorated Sean Abbott also lavished praises on the young player. The seamer believes that Sydney are pretty blessed to have a player like Hayden Kerr bat at number eight as he isn’t a number eight batter.

“He opened the batting for us a couple of years ago and scores a lot of runs in grade cricket opening the batting so although he’s batting down at eight, he’s probably not a number eight batter, so we’re pretty blessed in our line-up to have him walking out at eight and icing the game there at the end,” Abbott said on Fox Cricket.