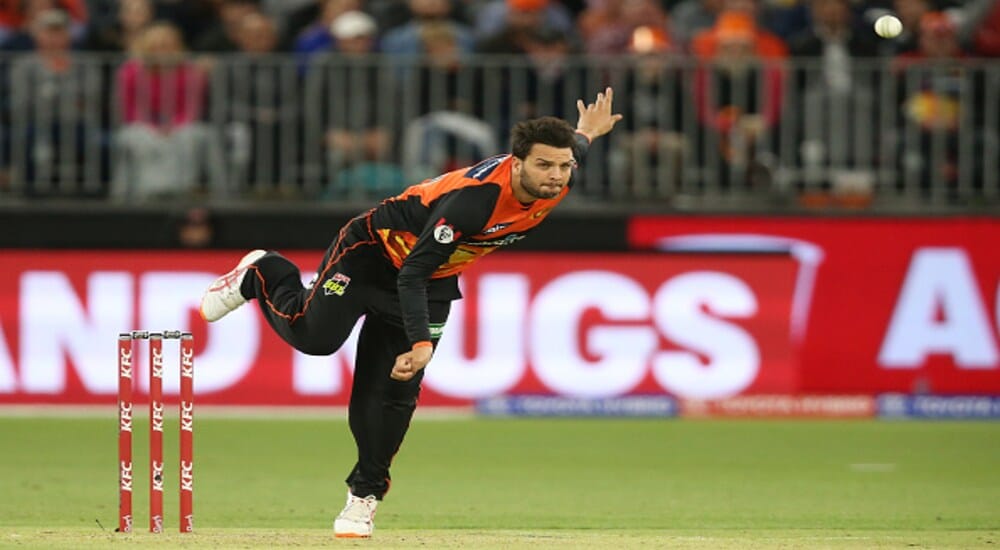 Pakistan leg spinner Usman Qadir has been signed by Sydney Thunder for the upcoming season of the Big Bash League- BBL 12 to bolster their bowling attack, becoming the Thunder’s fourth overseas player. According to Thunder team management, Usman, son of Pakistan legendary leg break bowler Abdul Qadir, has been called up primarily to fill in for Tanveer Sangha, who is recovering from a stress fracture in his back. Qadir is Thunder’s fourth overseas player, joining Alex Hales, Rilee Rossouw, and Fazalhaq Farooqi on a team that is allowed to field only three overseas players in an XI. The Lahore-born cricketer is also the fourth Pakistani player to be picked in the Australia T20 league’s upcoming edition- BBL12, as Shadab Khan, Asif Ali, and Faheem Ashraf have already been signed by Hobart Hurricanes.

Recently, Afghanistan’s pace sensation Fazalhaq Farooqi signed a contract with Thunder after David Willey, who was Thunder’s platinum signing in the overseas player draft earlier this year, withdrew himself from his contract. Qadir has a great experience in the shortest version of the game. He has previously played seven matches in the BBL for Perth Scorchers in the 2018-19 season and claimed six wickets at an economy of 8.5. Since his T20I debut for Pakistan in 2020, the 29-year-old spinner has played 23 matches so far, claiming 29 wickets at a decent economy rate of 8.1.

The addition of Qadir will bolster the bowling attack of Thunder. Qadir will accompany Chris Green and Tanveer Sangha in the spin department. In case Sangha fails to prove his fitness, then Qadir will make a strong case to be included in playing eleven. Sydney Thunder will kick off their BBL 12 campaign against Melbourne Stars on December 13, 2022.

Sydney Thunder’s Head of Thunder, Andrew Gilchrist confirmed that Qadir will represent the Thunder with all of his experience, having played international cricket for Pakistan as well as T20 leagues around the globe.

“Usman joins us with plenty of experience, having represented Pakistan, and playing in T20 leagues around the world. Importantly, he has firsthand knowledge of Australian conditions, he played for Western Australia and South Australia’s Futures League [2012-13], so he knows what to expect,” said Andrew Gilchrist.