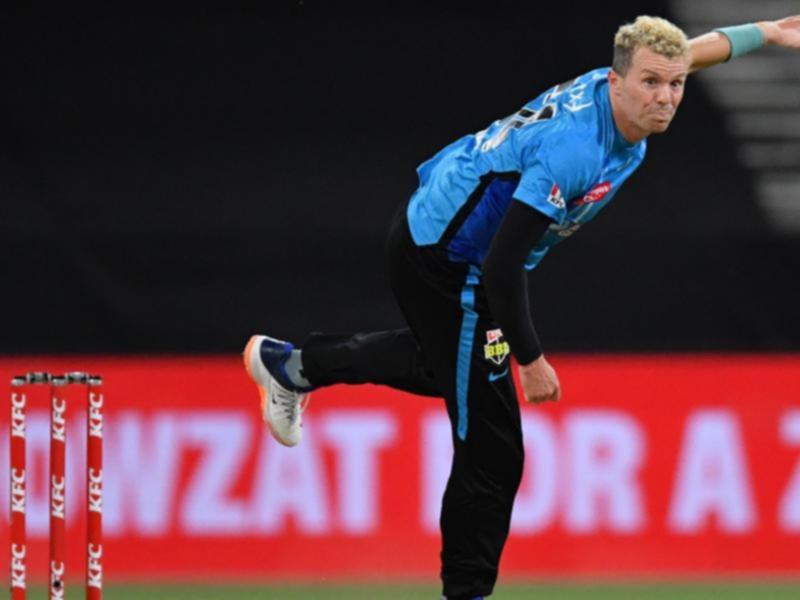 BBL 2021-22: BBL and the Indian Premier League are the two biggest T20 leagues in the world. They have a lot of things in common which include the entertainment value and the quality of players. Since the Big Bash League has come to an end, it is time for the mega auctions of the IPL.

Indian Premer League is always dominated by Australian players. There are always some of the biggest Australian cricket stars who are part of the IPL teams and contribute their talent to win the trophy. IPL will be more exciting this year as there two new teams have been introduced.

One of the most important aspects of T20 cricket is the quality of bowlers it has given to the sport. Bowlers have become the priority of every T20 team and the team management has realized that the Bowlers have a real contribution in winning the game.

As BBL has almost come to an end, there is a huge list of star players who have come out of the tournament. These all-star players will be expecting a good deal from the IPL mega auction. In this article, we have compiled a list of the best bowlers from season 11 of BBL who might land a big contract from the Indian Premier League. Do check the BBL match schedule for today.

Kane Richardson has become a household name in the T20 format of cricket. The Australian pacer had a brilliant last year and his BBL stats are a good example of it. With 11 appearances in the tournament, Richardson has bowled in 10 innings and picked up 19 wickets in 33 overs. He gave away 312 runs in the whole tournament and his strike rate has turned out to be 12 with an average of 16.42. Richardson’s economy rate in the whole tournament was recorded at 8.21. He has already played in IPL and made his debut in 2011 for the Indian domestic league. Richardson made his BBL debut in the 2017-18 season with Melbourne Renegades and he still signed with the same team.

Andrew Tye has turned out to be one of the star players of the Perth Scorchers. He is responsible to take Scorchers to new heights. In 14 appearances in BBL season 11, Andrew Tye has picked up 20 wickets with an average of 18.55 and a strike rate of 13.65. His economy rate for the tournament was 8.15. Andrew Tye has been a crucial member of Rajasthan Royal in the Indian Premier League in the last season. Unfortunatly, he was not able to contribute much to the team and the Royals had to release him. However, looking at his performance in BBL, there will be few teams in IPL, that might be in the process to prepare a lucrative deal for the Australian pacer and sign him for IPL season 2022. Get our free cricket bet tips and you will learn how to bet smartly.

One player from Adelaide Strikers, who always make headlines every season is Rashid Khan. The golden boy of Afghanistan has done wonders in the world of cricket in recent times. Khan’s level of talent is not easy to witness in the world. Rashid is a part of most of the T20 leagues in the world and in every T20 league is a hot property. In BBl season 11, Rashid ranks at number 3 with 20 wickets in 11 appearances. His strike rate was 13.20 with an average of 13.95 and an economy rate of 6.34. Rashid Khan was already a part of Sunrisers Hyderabad but after his release, the new team from Ahmedabad has signed the services of the Afghan spinner. He has already signed the deal with Ahmedabad and in IPL 2022, he will be wearing a new jersey.

The 25-year-old pacer from Australia, Hayden Kerr, made headlines in BBL with Sydney Sixer. He has been part of the Sydney Sixers in 2019 and finally, he is getting his return in BBl season 11. In just 13 matches he has picked up 22 wickets with an average of 13 and a strike rate of 10.91. His economy rate in the tournament was 7.15. Hayden has never played in the Indian Premeir League but according to his BBL performance, this year can be a big one for the youngster. IPL scouts from different would have done their job before the mega auction and Kerr will be on the shopping list of a lot of teams. The positive aspect of Kerr is his age as he is just 25 years old and can contribute a lot with his pace for a team. Here’s our free cricket match prediction from experts.

The right-arm fast-medium specialist bowler, Peter Siddle, who with his pure hard work converted himself from a test bowler to the best bowler of the shortest format. Siddle has turned out to be the best bowler in BBL season 11. With 14 appearances, Siddle has picked up 23 wickets at an average of 18.74 and a strike rate of 13.61. His economy rate was recorded at 8.26 in the tournament. Siddle has never played in the Indian Premeir League as for a long time he was more focused on the test format. The only reason he might not get a good deal in IPL will be because of his age. However, with the kind of experience he carries, Siddle is a huge advantage for any team in IPL. He has proved his credentials in the T20 format and no team should ever doubt him.