The 2021-22 edition of the Big Bash League isn’t going as per the plan due to the ongoing coronavirus pandemic. The T20 Championship has been hit hard by Covid-19 with all the eight franchises reporting Covid-19 cases in their camp.

Melbourne Stars were the first franchise to report Covid-19 cases while Sydney Sixers became the last team on Thursday whose players tested positive for the deadly virus. The Covid-19 scar has resulted in Cricket Australia (CA) postponing another BBL match.

As many as 13 Melbourne Stars players were expected to come out of isolation after recovering from the virus on Thursday. Though the players returned negative results, they were deemed as unfit to feature in BBL games. It is believed that the players won’t be in a good space mentally and physically after a week of inactivity. 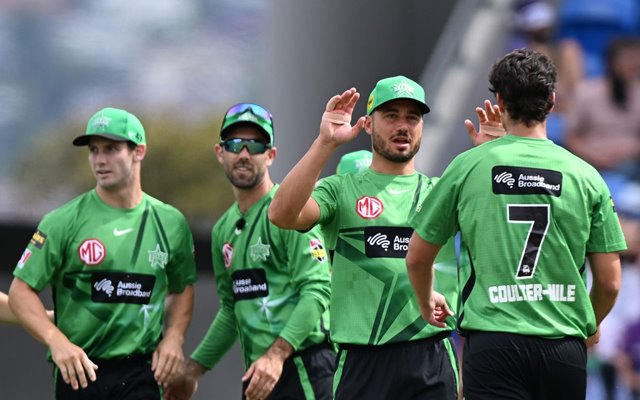 Thus, Cricket Australia felt that it would be better to postpone the Friday match and give some time to the players to deal with all the chaos. An official statement was posted through the tournament’s official handle that stated that keeping in mind the well-being and mental health of the players, the cricket board has postponed the match.

“Friday’s KFC Big Bash League Match between Adelaide Strikers and Melbourne Stars has been postponed. The Melbourne Stars currently have 13 players in isolation after testing positive for Covid 19. A number of those players are due to exit isolation soon, subject to a negative test.

However, for the concern for the health and wellbeing of those players, the League has deemed it unreasonable for them to play a match in the time available after exiting isolation. The League will advise a new date for the match shortly, along with plans to safely execute the remainder of the KFC BBL|11 seasons,” the statement read.

These are the best betting apps in india.

Talking about the performances, both Melbourne Stars and Adelaide Strikers are struggling in the competition. Stars are currently last in the points table with three victories from eight league matches. Adelaide Strikers, on the other hand, won two games while losing seven matches to sit at the second-last place.

Before the Friday match, Perth Scorchers vs Melbourne Stars and Brisbane Heat vs Sydney Sixers matches were also postponed due to Covid-19. Meanwhile, the head of Big Bash League, Alistair Dobson also opened up on the entire fiasco. Dobson added that it has now become clear that the players won’t be able to play immediately after exiting isolation. Here’s our recent 10cric casino review. Read more here.

“It has become clear in recent days that, despite the likelihood of players exiting isolation soon, it would not be appropriate for those players to immediately travel to Adelaide and play that night,” Alistair Dobson, Head of Big Bash Leagues said.