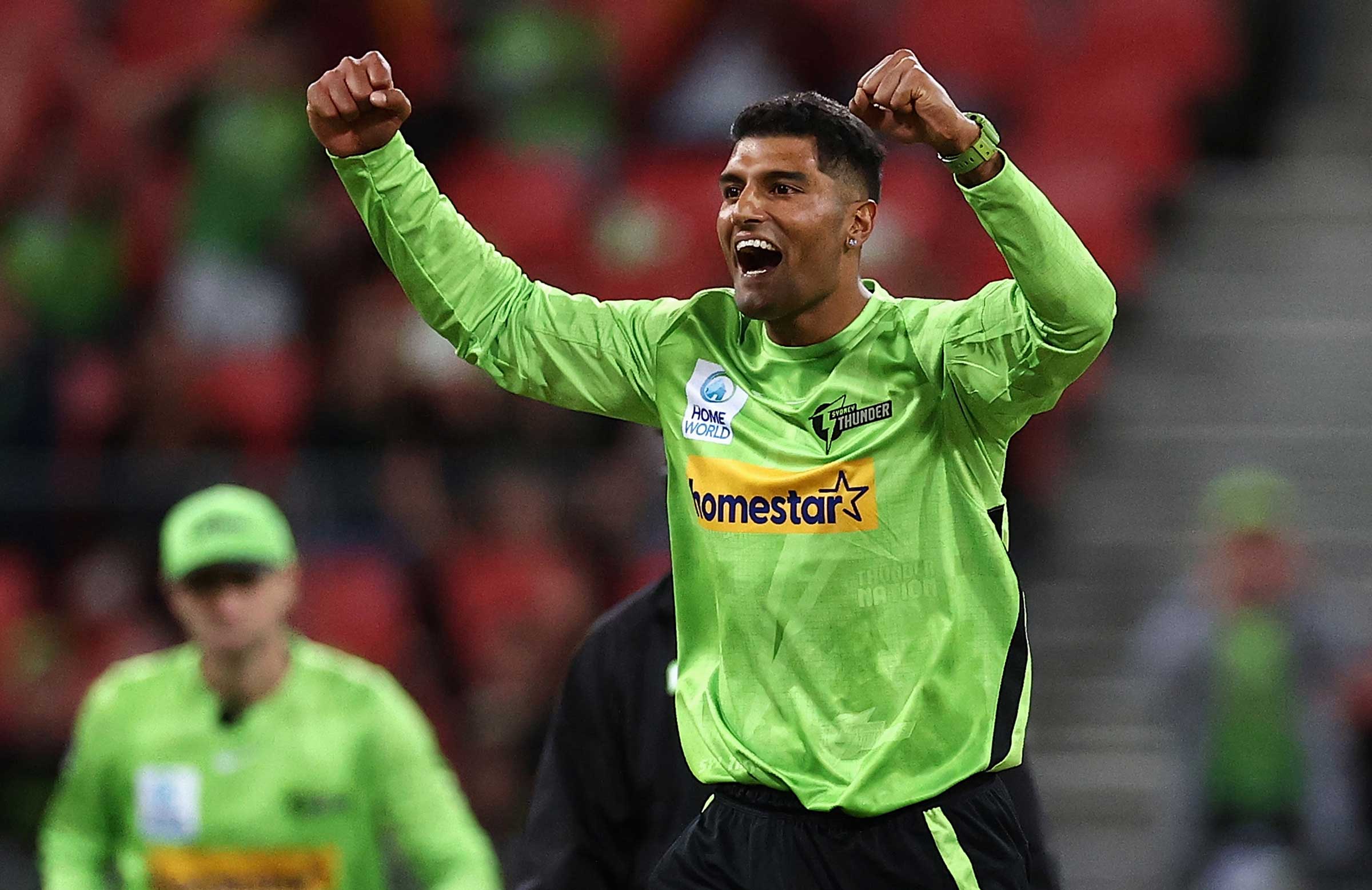 BBL is always in the headlines because of its never-ending entertaining and top-notch performances by the players. Cricket Australia makes sure that they pick up some of the best players for the auction from across the globe. Even they do the same with their domestic cricket players as well.

Since its inception in 2011, BBL has witnessed 7 hat-tricks from the bowlers. In this article, we have compiled a list of 7 hat-tricks that were taken by some of the best bowlers in the history of BBL. 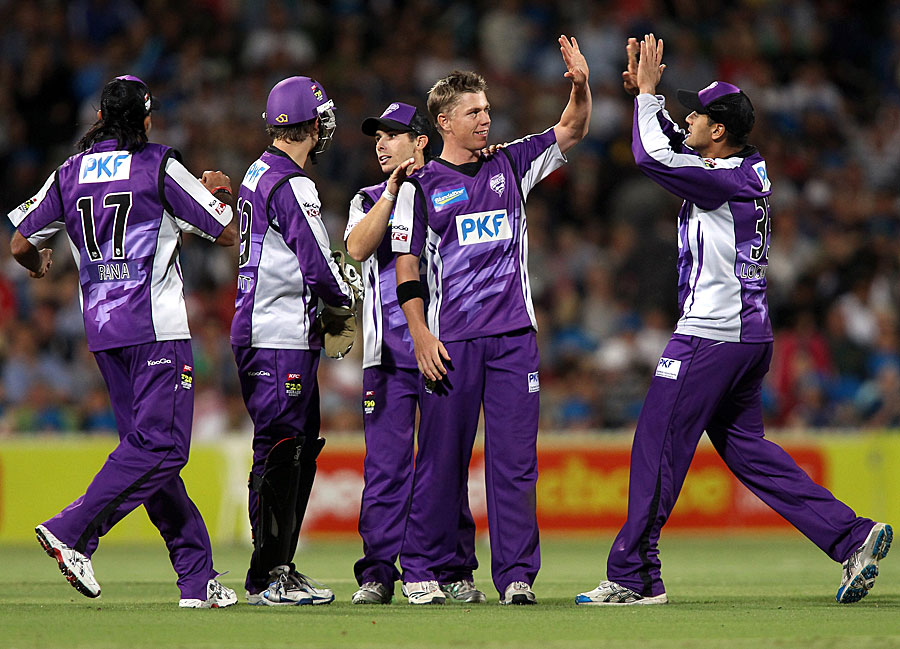 The first hat-trick came in the second season of BBL by Australian orthodox bowler Xavier Doherty. He made his debut with Hobart Hurricanes in 2011 but was not able to make an impact on the team. In the next season, he remained with Hurricanes but made sure that he ends his stint with a huge impact on the team. In a league fixture against Sydney Thunder, Doherty took a hat-trick and dismissed Simon Keen, Ryan Carters, and Cameron Borgas. It was a complete surprise for everyone when his last wicket, which was of Cameron Borgas, was given LBW. Doherty claims to be the first bowler to start the Hat-trick record in BBL. 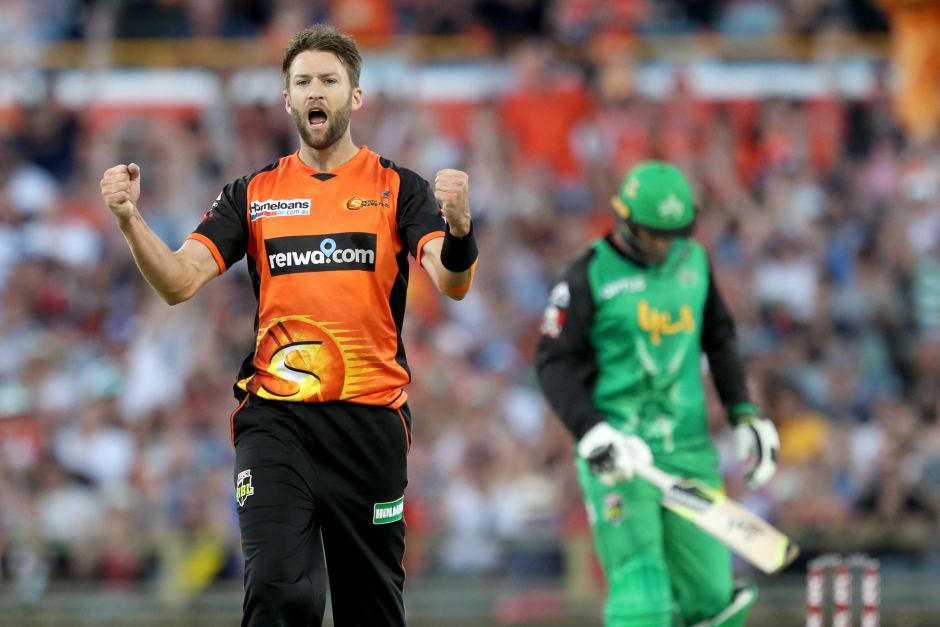 It took 5 more years for any other bowler to claim a hat-trick in the tournament. This time it was Australian speedster, Andrew Tye. Tye is already an established player and a well-experienced T20 international player. In season 7, in a fixture between Perth Scorchers and Brisbane Heat, Tye got Jack Wildermuth, Mitchell Swepson, and Mark Steketee. First, two wickets were caught by Perth Scorchers players and the third one was clean bowled by Tye. Get the big bash live score and updates here.

The year 2017 was a brilliant year for Andrew Tye. At first, he took a hat-trick in January 2017 against Brisbane Heat in season 6 of BBL, then he took a hat-trick in the Indian Premier League and again in BBL season 7. This time Perth Scorchers were up against Sydney Sixers. Tye got Sean Abbott out caught after a heave across the line saw a top edge go to Mitchell Johnson at the point. With another top edge, this time Tye got Daniel Sams. You can watch the hat-trick here: Josh Lalor’s hat-trick in BBL season 8 was one of the most bizarre incidents ever witnessed in BBL history. In the 48th match against Perth Scorchers, Brisbane Heat’s player Josh Lalor completed his hat-trick and the whole stadium completely missed it. At the last ball of 18th over, Lalopr dismissed Andrew Tye and Matthew Kelly on the first ball of his next over. On the second ball of Lalor’s over, he dismissed Southpaw Nick Hobson. The commentators have an idea that Lalor has completed his hat-trick but neither the players nor the audience had any idea about it. It was Alex Ross, who was fielding at mid-wicket informed Lalor and his teammates about the hat-trick. Here’s the best betting apps for smartphones.

Rashid Khan has turned out to be one of the biggest names in cricket in recent times. The Cricket world has witnessed his talent not only with Afghanistan Cricket Team but also in the Indian Premier League and BBL. In season 9 of BBl, Rashid took his first hat-trick of the tournament. He picked up James Vince and Jack Edwards on the last two balls of his over and he was all set to claim his hat-trick in the next over. On the first ball of Khan’s next over, he picked up Jordan Silk. It was Rashid’s first hat-trick of BBL and of his T20 career. In the same match, he picked up 4 wickets at the cost of 22 runs. You can watch his hat-trick below:

A hat-trick for Rashid Khan! What a moment #BBL09 pic.twitter.com/PdHWSG6m6O

The 26-year-old Pakistani pacer, Haris Rauf, was responsible to pick another hat-trick of BBL season 9. His achievement came against Sydney Thunder while he was playing with Melbourne Stars. Rauf went on to dismiss skipper Callum Ferguson, Matthew Gilkes, and Daniel Sams. Three of the most deadly trio of Sydney Thunder. The moment became more iconic as it was the 20th over of the game and Rauf’s hat-trick completely changed the course of the match in favor of Melbourne Stars. You can watch his hat-trick below:

In the ongoing season of BBL, the Australian pacer, Gurinder Sandhu, made history by picking up three wickets consecutively. During a match against Perth Scorchers, Sydney Thunder bowler picked up Ashton Turner, Aaron Hardie, and Laurie Evans in the 16th over of the match. In this way, Sandhu became the only bowler from Sydney Thunder to pick a hat-trick. He also became the only bowler from Australia to pick three hat-tricks in domestic cricket. Sandhu’s previous two hat-tricks came in the same season while playing Australian domestic cricket. You can watch his hat-trick here:

Gurinder Sandhu now has not one, not two, but THREE domestic hat-tricks to his name. INCREDIBLE!

Do check our cricket prediction for today. Learn how we do it here in our site.