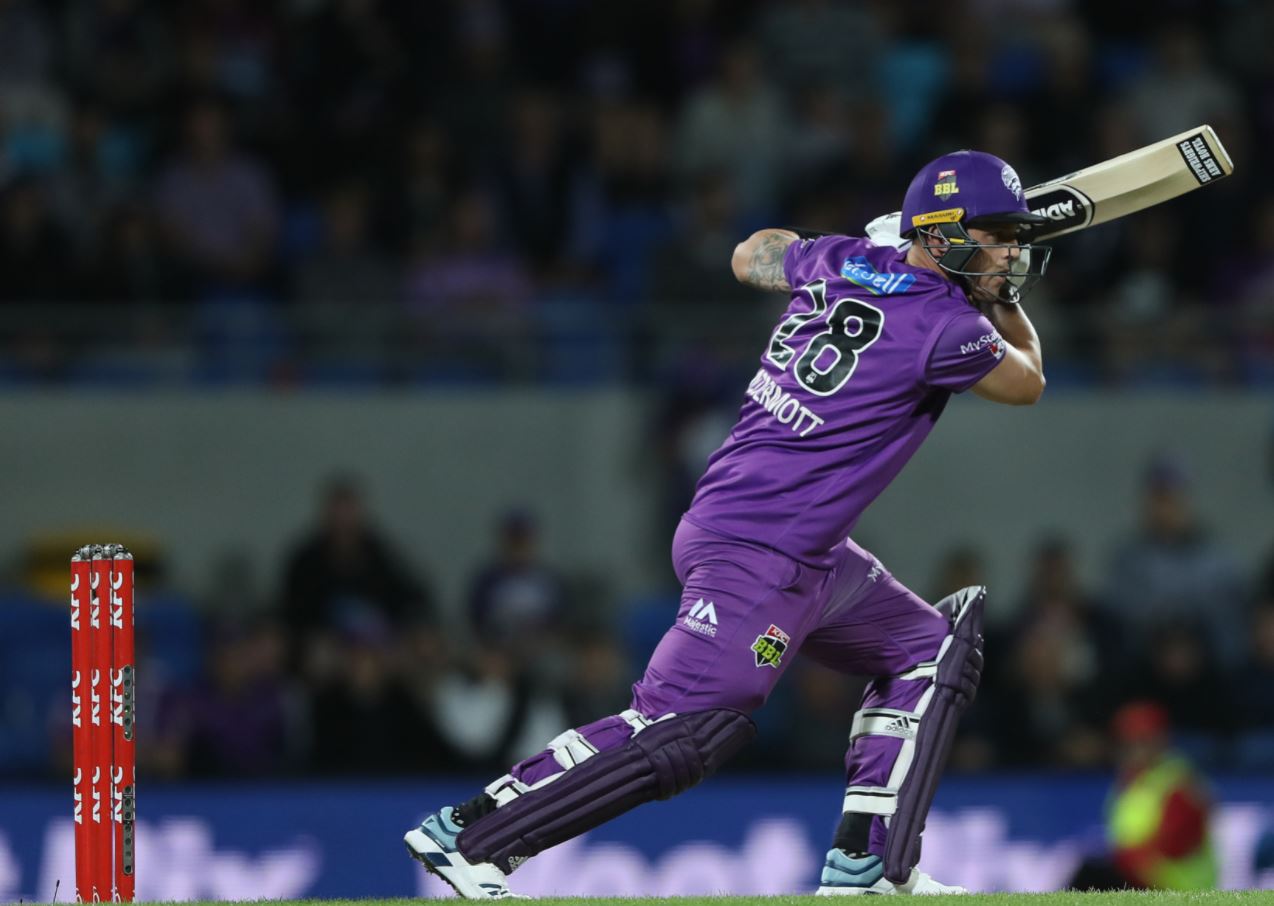 In the 26th match, Hobart Hurricanes’ Ben McDermott created history by scoring back-to-back hundreds in the Big Bash League. He was in sublime touch and continued his form from where he left off in the previous game.

The Hobart Hurricanes batted first and lost the wicket of Matthew Wade in the first over. D’Arcy Short too departed soon. However, McDermott continued his form from the previous game and scored effortlessly. He hit 9 sixes and 9 fours to score 127 runs off 65 balls. Ben McDermott displayed his range of shots and hit balls in almost every corner of the field. McDermott’s innings helped the Hobart Hurricanes post a target of 206 runs on the board.

Strap yourself in for this one 🤯
Ben McDermott smacked EIGHTEEN boundaries on his way to 127 – his second 💯 on the trot!!

However, the Melbourne Renegades got off to a poor start and lost early wickets. Sam Harper showed some fight and scored 57 off 35 balls before getting run-out. Eventually the Renegades buddled out at 121 in 15.5 overs and the Renegades registered win by a big margin of 85 runs. Check the BBL 2022 live score here.

McDermott was adjudged Player of the match for his record century. He is the first player to hit back-to-back centuries in BBL history. In the previous game against the Adelaide Strikers, Ben McDermott scored an unbeaten 110 runs off 60 balls in a run chase to take his team home for a comfortable win. His innings was studded with 12 fours and 5 sixes.

McDermott comes from a family of cricketers. Unlike his father Craig McDermott and brother Alister, who are bowlers, Ben has made his name as a batsman. McDermott blasted into the spotlight when he scored a blistering 114 off 52 balls to take the Hobart Hurricanes to a remarkable win against the Melbourne Renegades while chasing a mammoth target of 222. Here are the top betting apps online. Do check it here.

He made his international debut for Australia this year against the Windies at Bridgetown. McDermott has bright prospects and a promising future.