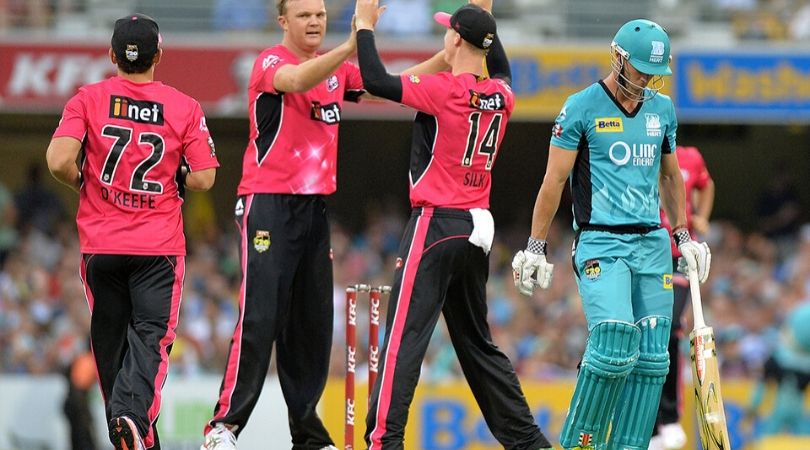 Covid-19 continues to hit Big Bash League. The fixture between the Brisbane Heat and Sydney Sixers has been postponed after 12 players tested positive for Covid-19.

The game was earlier scheduled for January 4 but was later pushed to January 5 to provide some time for Brisbane heat to gather their squad. Despite their best efforts, the Brisbane Heat couldn’t manage to arrange replacements for their players in isolation. The match will be rescheduled but the Heat’s game against the Melbourne Renegades scheduled on Thursday will go ahead. Here’s BBL live score today. Do check it here for the update.

The BBL confirmed the news in its official statement that read:

“Tonight’s KFC Big Bash League match between the Brisbane Heat and Sydney Sixers at Metricon Stadium has been postponed. Twelve Heat players today returned positive PCR tests for COVID-19 and are currently isolating. Despite its best endeavours, the club was unable to recruit enough replacement players in the 24 hours since the first case was identified to make up the required squad of 13 for tonight’s match. The league will advise a new date for the match as soon as possible.”

“In this instance, the decision to postpone tonight’s match was the only option available given the number of cases within the Heat squad and the inability to secure the required number of players fit to take the field.”

However, league organizers confirmed the clash between the Adelaide Strikers and Hobart Hurricanes will go ahead at Adelaide oval at 7:15 PM AED.  Here’s our best cricket betting tips coming from us.

Earlier, Melbourne Stars’ captain Glen Maxwell was sent into isolation after his rapid antigen test returned positive. 12 other team members and 8 staff are also under isolation after contracting Covid-19. Their game against the Perth Scorchers on December 30 was postponed due to covid-19 outbreak and is yet to be played.