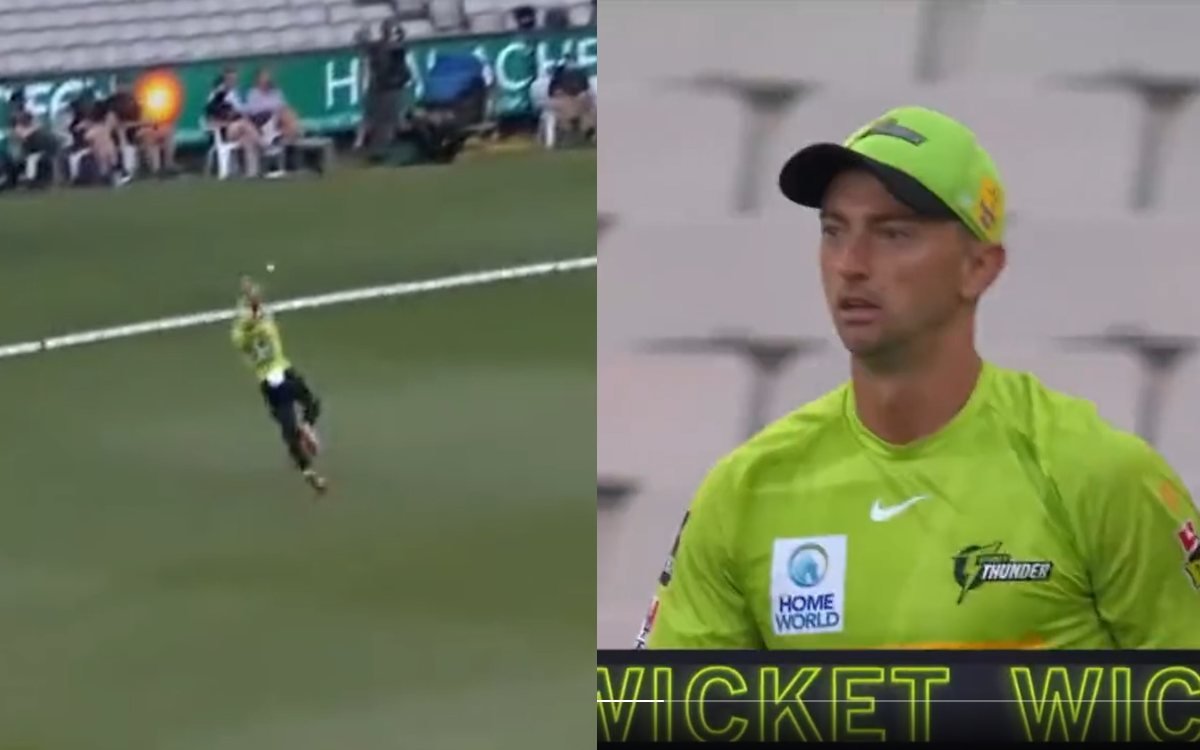 BBL 2021-22 LIVE: This season in the Big Bash League 2021–22, five players have caught more than ten catches. This season, Matthew Short has 12 catches in the BBL, while Shaun Abbott of the Sydney Sixers and Ben Cutting of the Sydney Thunder each have 11 catches. But there can’t be a better catch than Daniel Sam’s in the ongoing Big Bash League 2021-22 knockout match between Sydney Thunders and Adelaide Strikers.

In cricket, there is a saying that “Catches win matches,” which means that a catch can win the match. This is due to the fact that fielding also plays a significant role in determining victory or defeat. Cricket fans in Australia must have seen many spectacular catches during the Big Bash League. This one, however, is a spectacular catch that occurred during the Adelaide Strikers’ knockout match against the Sydney Thunder on Sunday. Daniel Sams, an all-rounder for the Sydney Thunder, has been a great fielder, and the video of the catch has gone viral on social media, gaining praise from fans.

Here’s the latest big bash schedule and do check the previous results.

In the third ball of the 5th over of the innings, Alex Carey hit the ball from Tanveer Sanga towards midwicket. Daniel Sams, who was waiting there, came running and dived and took a super catch with both hands. Daniel Sams stunned the crowd by making a spectacular catch at the midwicket boundary, that was expecting another ball to cross the line. The ball was brilliantly caught by Sams, who came up with the run, with a dive back near the boundary line. On social media, the video went viral.

“Look at that completely air-born. Superman. And they needed that too,” former Australia wicket-keeper batter Adam Gilchrist said while commentating on Fox Cricket.

Daniel Sams has previously caught many of the best catches in the Big Bash League. Melbourne Renegades fielder Jake Fraser McGurk also had a spectacular catch against the Adelaide Strikers on the boundary line. Similarly, this season, Melbourne Stars captain Glenn Maxwell ran backward and caught a spectacular catch. After this incredible catch, fans reacted on Twitter as well.

Stay tuned for IPL 2022, Big Bash, PSL, live score, match predictions & analysis, and other latest cricket-related news and updates. You can also share your views and thoughts in the comment section. Catch our live cricket prediction for upcoming matches.