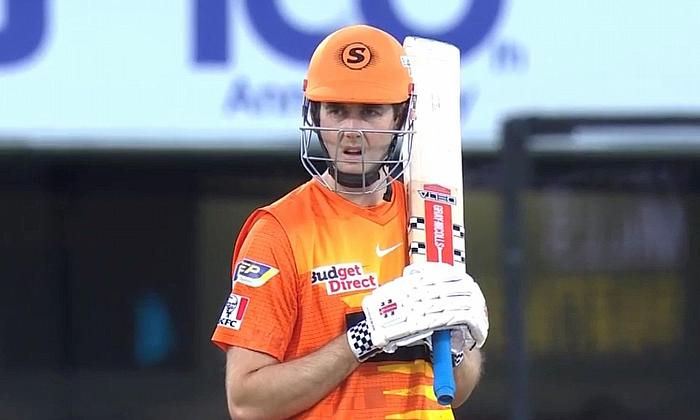 BBL 2021-22 Live: BBL has reached its D-day and after a month of hard work, Perth Scorchers and Sydney Sixers are all set to clash on Friday for BBL 11 trophy. Sydney Sixers will be looking forward hit a hat-trick by winning their third consecutive trophy. Perth Scorchers on the other hand will be planning to win their 4th BBL trophy.

One name which has made headlines in the BBL season is Perth Scorchers batsman Kurtis Patterson. The current season has turned out to be a life-changing event for the Southpaw batsman. In BBL season 11, Patterson has played 16 innings and has scored 390 runs with a strike rate of 143.91.

Patterson has turned out to be the highest scorer for Perth Scorchers. With such destructive gameplay, Patterson has been labeled as the most improved player in BBL. The 28-year-old Australian batsman has hit 18 sixes in 12 innings this season. Read our free betting tips and get some latest updates here in our site.

In 2020, while he was not on the Australian squad, Patterson was focusing more on power hitting. However, Scorchers didn’t use him in BBL season 10. After coming from Sydney Thunder, Patterson just played four matches before season 11.

“Those that have seen me bat over the years, know that when I get my eye in I hit the ball hard,” said Patterson while watching the videos of his inspiration Matthew Hayden. He also shared his feeling regarding his self-doubt before the beginning of BBL season 11.

Under the guidance of Chandika Hathurusingha and Anthony Clark, NSW Coaches, Patterson decided to do some changes to his technique. He knew that the T20 format requires some bold decisions and emphasis on power-hitting techniques.

“I wanted to try something new,” said the Perth Scorchers batsman who will be all set to face the Sydney Sixers’ bowling attack on Friday at Marvel Stadium. If you are looking for best betting apps. Do check it here.

BBL 2021-22 Live: Patterson has Worked Hard for the New Season of BBL

BBL 2021-22 Live: It is not easy to be a T20 specialist batsman. One needs to have the courage to face the pace attack and hit the ball as hard as possible. Patterson started training himself a month before his usual schedule. He noticed and worked on every minute thing which was stopping him to be a power hitter.

“My hands were getting stuck around my belly button and sternum,” he said. “If your hands are stuck in that position there’s not much room to move and not much power to generate with any sort of bat swing” added Patterson. The player went back to Hayden’s playbook to work on his technique.

At first, Patterson faced under-arm bowling. Later, it was time for his litmus test as he started facing NSW’s bowlers. This time Patterson was patient and eager to learn after facing constant failures.  “I knew from that point I did the right thing and it was about sticking with it,” he said.

Looking at his BBL performance and a new version of his batting style, Patterson has been on the list of IPL scouts. However, he has clearly said no to IPL and wants to spend some time with his f family and focus on the upcoming birth of his son. You are in the right place if you are looking cricket prediction website.