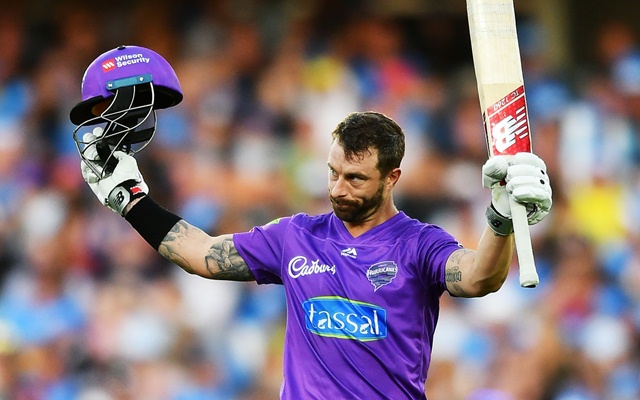 Hobart Hurricanes captain Matthew Wade has gone on an indefinite break from the ongoing BBL season citing personal reasons. He will not feature in the clash against Brisbane Heat on Saturday night. In his absence, Peter Handscomb will captain the side and Ben McDermott will don wicket-keepers’ gloves.

Matthew Wade was in phenomenal form at the recently concluded T20 World Cup and was expected to set things on fire in the BBL. However, this BBL season hasn’t proven to be that eventful for him. He has got starts in almost every game but has failed to score big. Wade has scored 177 runs in 9 games with only one fifty to his name. Here’s BBL live score today. Do check it here for the update

Hurricanes’ Coach is Hopeful of His Return Soon

While speaking to the press, Adam Griffith, the coach of the Hobart Hurricanes, confirmed the news and spoke of the possibility of his return at the end part of the tournament. Griffith said,

“He’s okay. It’s just something he’s working through at the moment. We don’t really have a timeline just as yet, but we’re hopeful of having him back at the back-end of the tournament.”

Gabe Bell of Tasmanian Tigers and Queensland’s Will Sanders have been added to the Hurricanes squad. Speedster Riley Meredith is in the squad, who had suffered a hamstring injury recently.