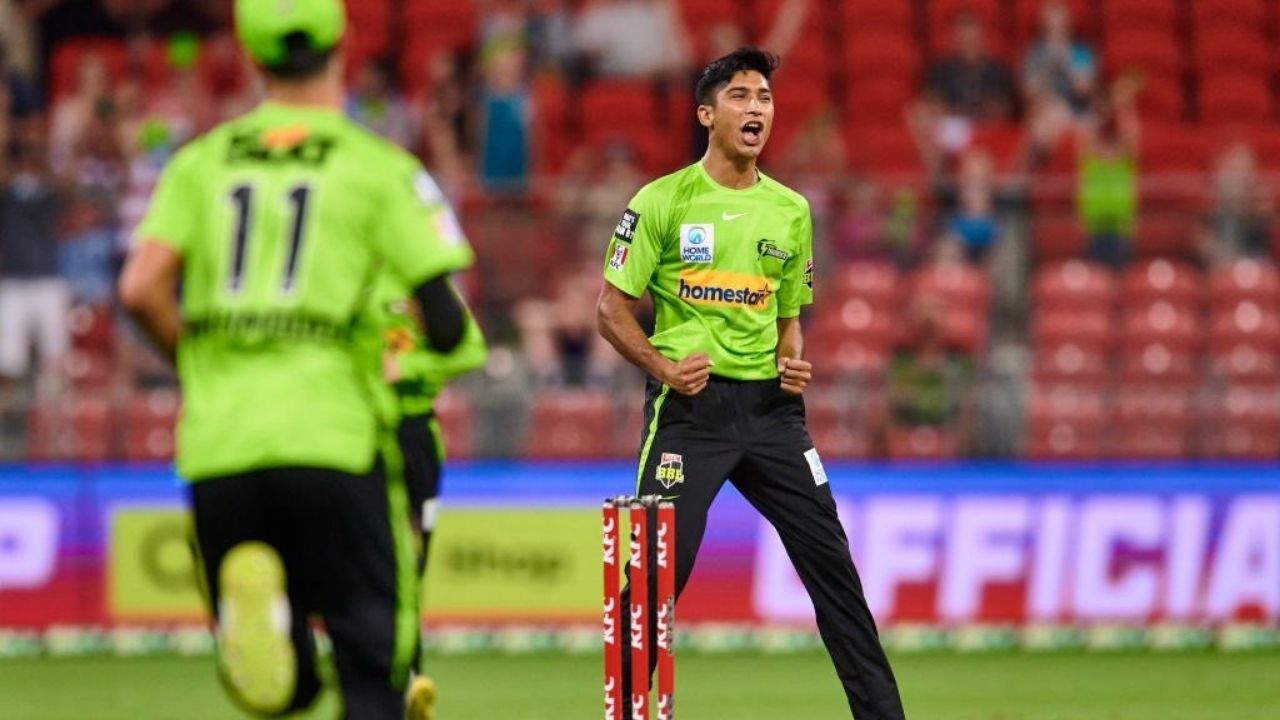 Pakistan pace sensation Mohammed Hasnain made a thundering BBL debut for the Sydney Thunder by bowling a triple wicket maiden over. In the 32nd game, Mohammed Hasnain stunned everyone with his sensational first over where he picked up three wickets in four balls against the Adelaide Strikers.

He got Matthew Short caught at the boundary while chipping on the second ball. On the following delivery, he trapped Jake Weatherald lbw and got Johnathan Wells caught on the fifth ball of the over. Ben Cutting took a sharp catch at short mid-wicket to dismiss Wells at duck. He became the first player in BBL history to pick up three wickets in the first over. Hasnain ended his match figures at 4-1-20-3 and helped the Thunder steer to a comfortable win. Here’s quick guide for BBL match schedule.

In response to the target of 173 runs, Adelaid Strikers got off to a horrible start. Hasnain’s lethal first over left the Strikers with an ominous score of 3 for 25 in three overs. Matt Renshaw took over the reigns and tried to bring back strikers in the chase. But soon Jason Sanga got debutant Henry Hunt stumped and later dismissed Matt Renshaw at 30 to bring the Strikers to a dire score of 5 for 65.

Partnership between Neilsen and Kelly

Harry Neilsen and Thomas Kelly put up a 45-run stand to provide some resistance to the Sydney Thunder before Gilkes’ direct throw removed Kelly. Strikers were never in sight of the target and eventually bundled at 144 runs. Neilsen was the highest scorer with 39 runs.

The win pushed the Thunder to third spot while the Strikers are at seventh with just one win in the competition. Thunder’s captain Chris Green commended the young players who stepped up to the occasion as many experienced players were missing out after contracting covid-19. He said:
They’ve actually gained a lot of experience since last year and the year before … Matt Gilkes, Jason Sangha, Ollie Davies in particular. Those guys have really come to the party when they’ve got their opportunity so really proud of their efforts. Here are the best betting apps for you to choose for.