Adelaide Strikers skipper Peter Siddle found himself trending on all the social networking sites on Tuesday. The captain made it to the headlines owing to his adorable gesture for teammate Daniel Worrall during the live BBL match against Sydney Sixers at the Sydney Cricket Ground.

The incident occurred during the first over of the second innings when Adelaide Strikers were set to defend a score of 147 runs in their allotted 20 overs. Peter trusted Daniel Worrall with the ball as he gave him the crucial first over.

On the first delivery, Worral bowled his trademark outswinger outside off. The on-strike batter Josh Philippe defended the ball well as he covered his off-stump and shoulder arms. Before Daniel could bowl the second delivery, Siddle, who was standing inside the circle, walked up to the seamer to have a discussion.

Though the conversation wasn’t audible, the expressions of the two players were enough to conclude that they had an amusing talk. Siddle then concluded the conversation by giving a cheek kiss to his bowler.

Daniel welcomed the affection of his skipper and seemed quite happy about the same. The bromance between the two players sent the internet into meltdown. The video went viral on social media in no time and the two started trending on Twitter.

Peter Siddle & Co record their third loss of the season 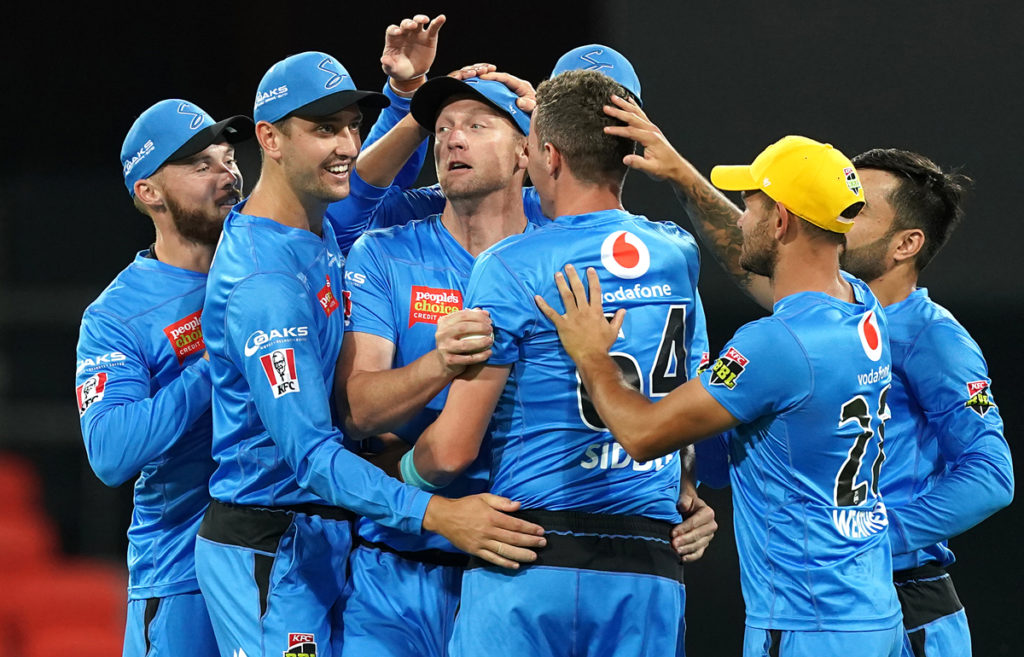 Speaking about the match, the outing didn’t go as per the plan for the Strikers. The team lost their second match on a trot, third overall, as Sydney Sixers secured a victory by four wickets. The match began with Peter Siddle winning the toss and opting to bat first.

The decision didn’t reap many benefits as Adelaide Strikers could score only 147 runs while losing eight wickets in their allotted 20 overs. Thomas Kelly was the only batter to show some responsibility.

The middle-order batter played sensibly as he recorded a knock of 41 runs off 34 deliveries. Apart from Kelly, no other batter could score even 35 runs and the same resulted in Striker’s poor performance with the bat.

Sean Abbott and Dan Christian caused the wrecked havoc with the ball as they ran through Adelaide’s batting line-up. The two seamers picked three wickets each while Hayden Kerr and Lloyd Pope scalped one each, which helped a lot of fans earning some cash at legal cricket betting sites in India.

Chasing 148, Sydney Sixers’ batters held their nerves and made sure to not gift their wicket to the opposition. It was a combined effort by the top five that steered the team to their fourth victory.

Adelaide Strikers’ bowlers also failed to make an impact as they couldn’t make things difficult for the opposition. Sydney Sixers secured a 4-wicket win to occupy the top spot in the points table with 14 points.

Peter Siddle’s side, on the other hand, is reeling at fifth place with one victory and three losses. The team needs to cause a turnaround in the T20 extravaganza at the earliest to ensure a smooth ride in the tournament.