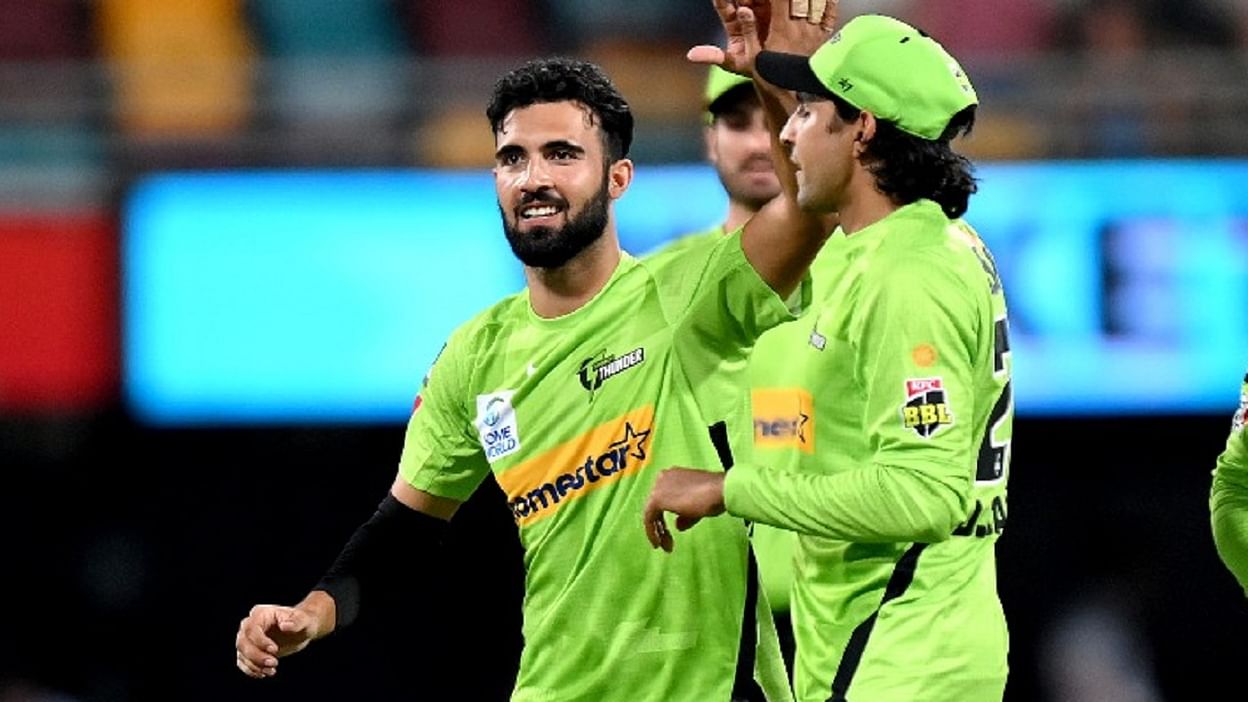 BBL is getting complete coverage in December on Crictips.com. We have been proactive to analyse and scout some of the best moments and players every week. BBL is a very crucial tournament for the cricketers, who are part of it, for their bright future.

Every week in the BBL 2022 schedule we work on the performance of every player in BBL and select the best playing XI from last week’s matches. So without wasting any time, let’s have a look at the compiled list of playing XI from last week in BBL. There are some new entries as compared to the second week but there are some performers who were consistent with their performance 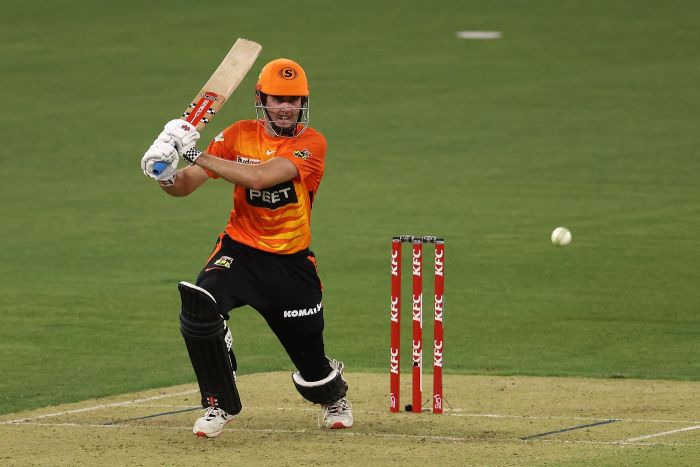 Kurtis Patterson made his appearance with Perth Scorchers once last week and left a huge impact on the tournament. On 20th December, Perth Scorcher played against Hobart Hurricanes in the 15th match of BBL. Patterson played a very responsible role and gave a strong start to his team by scoring 78 runs on 48 balls with a strike rate of 162.50. His brilliant innings included 6 fours and 5 top-notch sixes. Patterson was named as the Player of The Match for the fixture. Hobart Hurricans’ bowler Jorden Thompson was able to stop him but the damage was already done, which showed on some of the best betting apps for android. 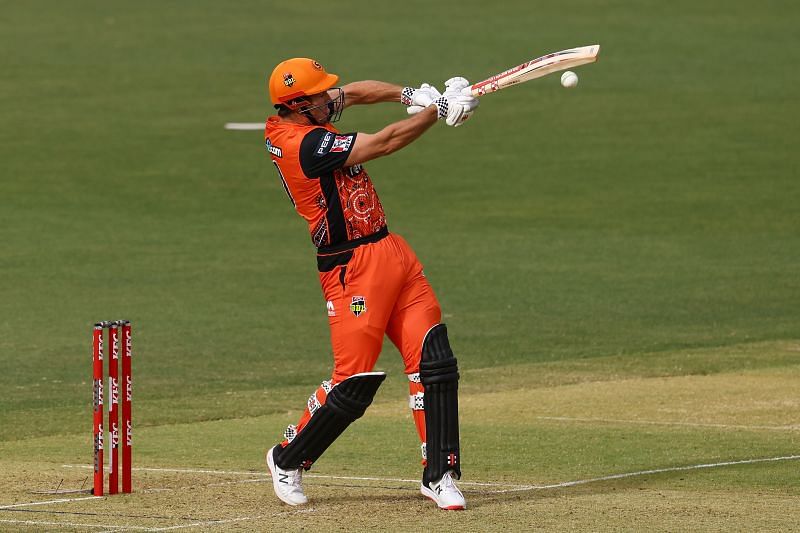 Another Perth Scorcher, Mitchell Marsh, has made it to the list at the opening slot of the Playing XI. Marsh made his appearance against Melbourne Renegades in the Wednesday fixture. He came down at number 3 in the game and completely dominated the bowlers with his ability to hit the ball hard. Marsh scored 86 on 53 balls with a strike rate of 162.26. His innings included 5 fours and 5 sixes. Mitchell Marsh was punishing the bowlers of Renegades every time they were bowling a weak ball to him. 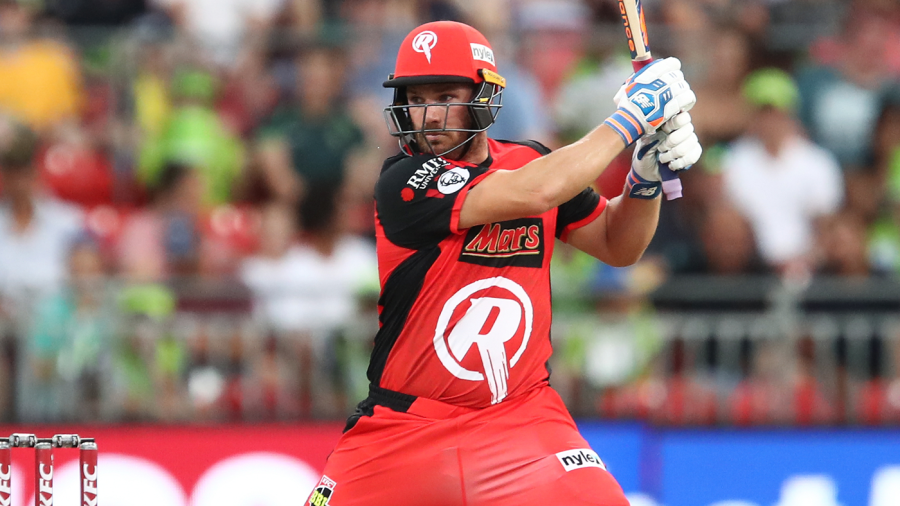 Renegades were happy to see Aaron Finch making a brilliant comeback by scoring 68 on 43 balls with a strike rate of 158.14. He and Nic Maddinsion did a good job by hitting some of the hardest shots on the ground. At one point it looked like Hurricanes will end the winning streak of Perth Scorchers and Aaron Finch will be the star of the match. Unfortunately, Mitchell Marsh turned out to be a savior for the opposition and he also sidelined Finch’s performance with his innings. Aaron Finch can be really useful at number three or number for a team to give a good start. 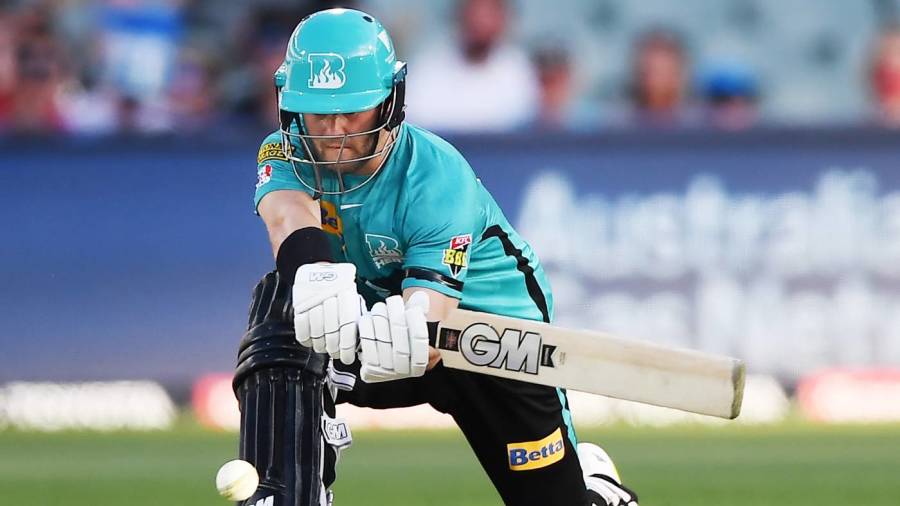 Ben Duckett from Brisbane Heat can be considered for the 4th position in batting line up. His magical innings against Adelaide Strikers on Thursday, helped Heat to form a solid score for Strikers. Duckett scored 78 runs on 47 balls with a strike rate of 165.96. He is a major contributor in the middle order for Brisbane Heat. In case the first three batsmen fail, Duckett can be a useful batter to handle the pressure and help the team to score a considerable score. In the upcoming matches of the Brisbane Heat, Duckett will be playing a crucial role. 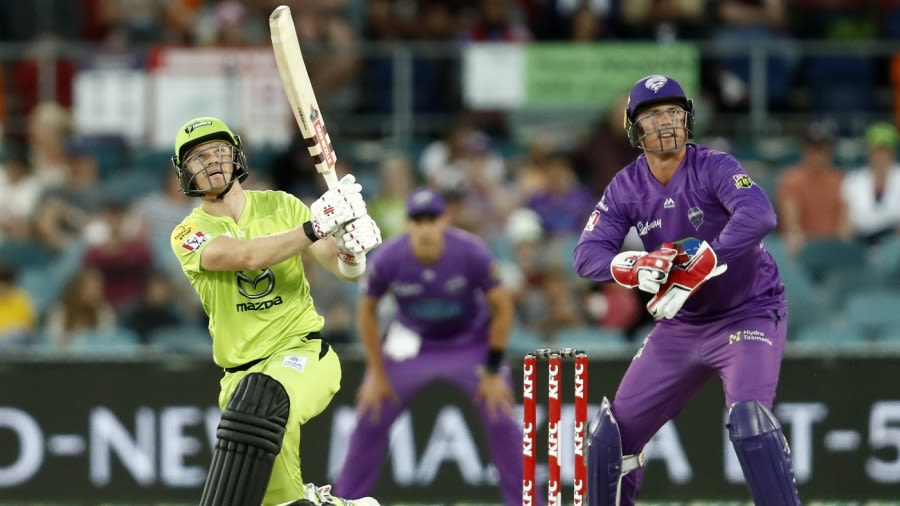 Sam Billings is the perfect candidate for the number 5 position any team can wish for. His consistent performance this week and the last week proves that he is the rising star of BBL. Billings a brilliant knock last Sunday against Brisbane Heat. He scored 64 runs on 27 balls with a strike rate of 237.04. Billings’ strike is proof of his ability to hit the ball as hard as possible. This Sydney Thunder star carries the ability to handle the middle order bowling and death over bowling as well. 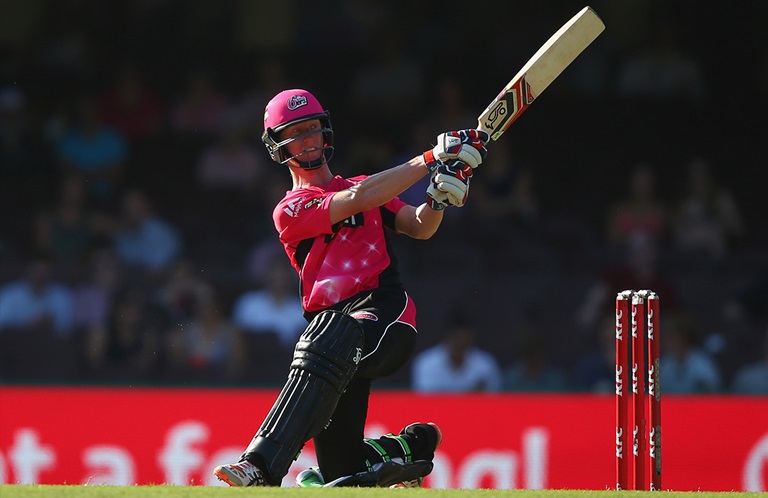 Even Sydney Sixers were not sure about the performance of 29-year-old Jorden Silk. He proved his talent with a cameo role on Tuesday against Adelaide Strikers. In a T20 format, for any batsman who is coming at number 6, the only expectation is to his big strokes and not lose the wicket. Jorden Silk is the master of taking huge in front of any bowler. Silk, on Tuesday, scored 36 runs on 24 bowls with a strike rate of 150. He has earned the right to be part of the playing XI from last week in BBL. 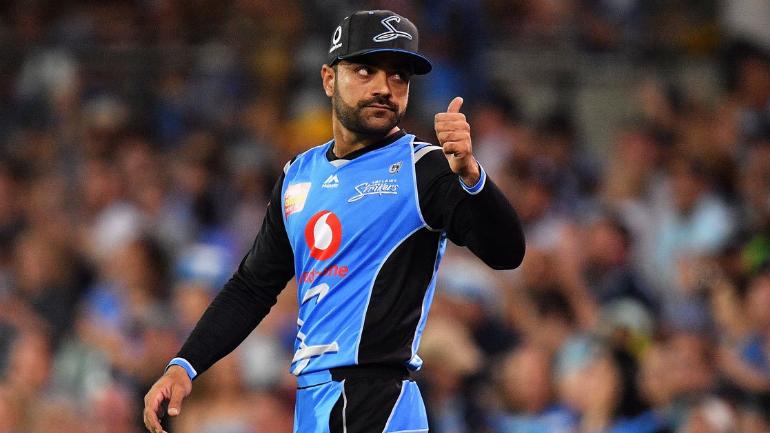 Rashid Khan has made a comeback in the playing XI list of Crictips.com. The Afghani player is proving to be a crucial all-rounder of BBL and for Adelaide Strikers. He made two appearances last week and proved to be a deadly all-rounder for the opposition. In bowling, he bowled 8 overs last week and his economy rate was 6 and his total wickets were 6 last week. Rashid is consistent with his spin bowling attack and can change the result of the match at any time. 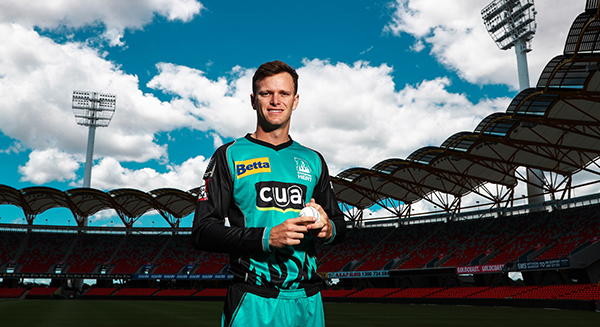 Mathew Kuhnemann is a new name this week in BBL who is making headlines with his spin attack. He made one appearance last week with Brisbane Heat against Adelaide Strikers on Thursday. Kuhnemann proved out to be deadly and took 3 wickets in 4 overs with an economy rate of 11.75. He did give away a lot of runs but his wickets were crucial for his team. If given an opportunity again, he can prove to be an important spinner in middle overs to break the partnerships.

Saqib Mahmood has become a household name for the fans of Sydney Thunder. He has turned out to be a gold mine for the team. Last Sunday, in a game against Brisbane Heat, he took 4 wickets in just 3 overs with an economy rate of 7.33. He was declared as the player of the match. Saqib has now gained the position in regular playing XI of Sydney Thunders and will continue to make his game better in the upcoming fixtures. He can be a magician with the new ball and can break the opening partnership of the opposition. 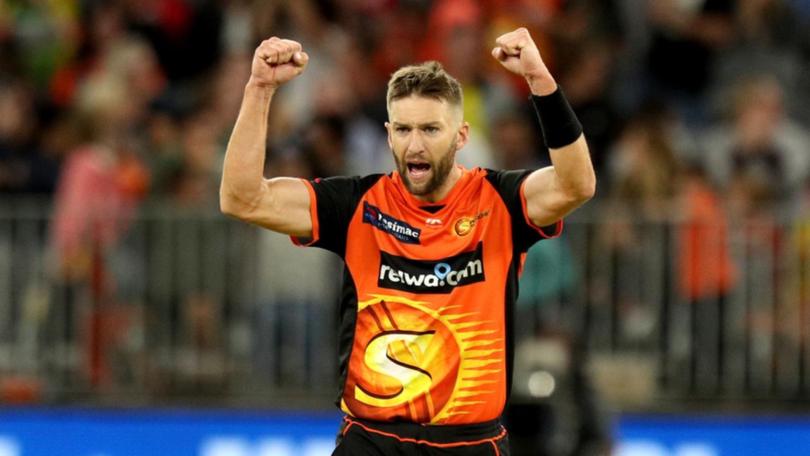 Andrew Tye has become a game-changer for the Perth Scorchers. Tye has gained the reputation to take wickets and prove economical during middle overs. In two appearances last week, Tye managed to bowl 8 overs and took only 3 wickets with an economy rate of 5. This is a brilliant figure by any pace bowler in BBL. Tye can be proven deadly in the middle overs where batsmen are desperate to hit big shots and boost up the score of their team. 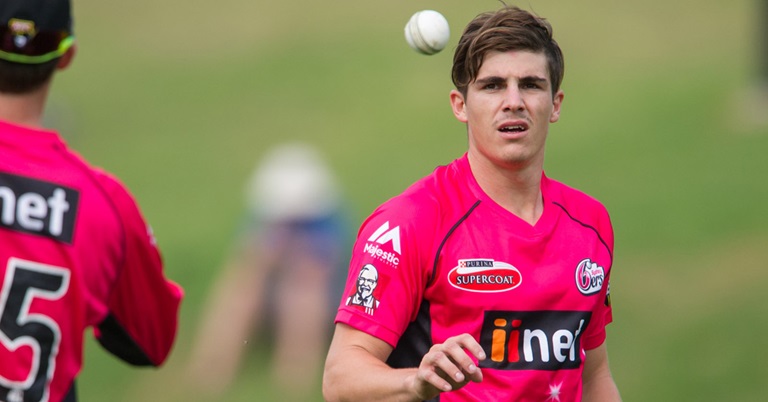 Defending champions Sydney Sixers will be proud to have Sean Abbott on their side. As for pace attacker, Abbott has been performing brilliantly and everyone witnessed that in his one appearance last week against Adelaide Strikers. He bowled 4 overs and took 3 wickets with an economy rate of 6. Sydney Sixers will be planning to give more chances to the 29-year-old in the upcoming fixtures. As the league enters the 4th week, Abbott can be helpful for the Sixers to get the number one position back in the tournament.