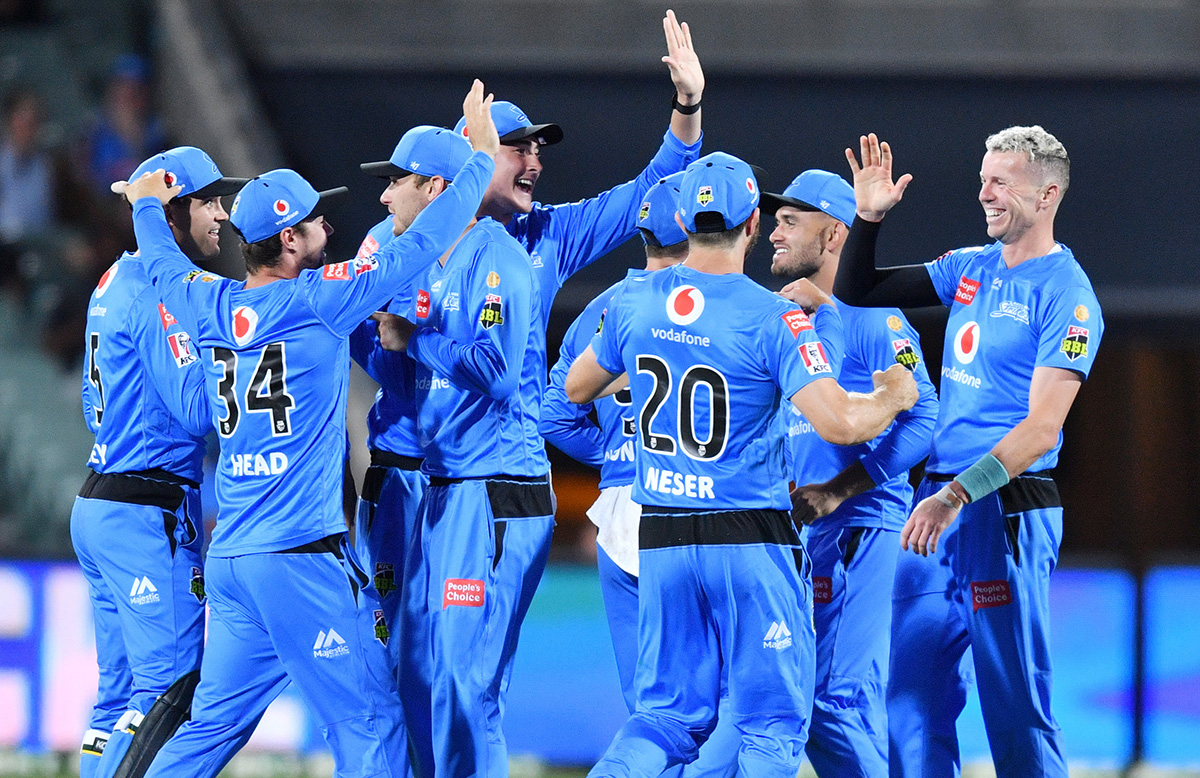 Adelaide Strikers will look forward to the new season of BBL. They will be well prepared this year to win the title after getting eliminated last in the eliminator match. Strikers finished 5th in the BBL10. However, even before the beginning of the league, they have suffered some major blows as few players might not be available to play the tournament. With Jason Gillespie as the team coach, things look strong for the team and will be expected to perform better in the upcoming season. Check this free online cricket betting tips and guide from experts.

Adelaide Strikers finished 5th in the last season of BBL. By the end of the league matches, somehow they lost their rhythm and went off the track. Their qualification for the eliminator match was based on their net run rate as Hobart Hurricanes lost their last league game against Melbourne Renegades. Jake Weatherald was the top scorer for the team last year. Adelaide Strikers won their BBL title in the 2017-18 season. They will hope to repeat the same performance this season as well.

Adelaide Strikers have lost some of their major players this year. They are facing a consistent problem to sign international players for their playing 11. Danny Briggs and Phil Salt have not made their comeback to the team. Michael Neser has been replaced by  George Garton as the latter went to Brisbane Heat. Matt Short, Jake Weatherald, and Peter Siddle have signed new contracts with the team.

Travis Head, after Tim Paine’s resignation from the team, will be heading for the national team and will replace Paine for the position of the wicketkeeper. He will be replaced by Ryan Gibson in Adelaide Strikers. The Strikers will have high hopes from Jake Weatherald as he was the top scorer for the team in the last season. He scored 433 runs at a strike rate of 141.04 – the best by any Adelaide Strikers batsmen ever. Travis Head and Alex Carey will be available for a limited time period for the team because of the Ashes. Rashid Khan will be one of the most important players for the team. He has the ability to turn the course of the match both by bat and bowl. He also carries the ability to handle the pressure in the death overs and hit big shots at the most unexpected times. Matt Renshaw will be handling the middle order for the team and will be acting as an anchor for the team. Jon Wells will play an important role with Renshaw in the middle order batting. Complete list of bbl teams. Do check it here.

Wes Agar will be the anchor for pace bowling for the strikers. He has proven his ability from the past two seasons of BBL and has become a critical player for the team. Peter Siddle, at the age of 37, has signed up again for the strikers and he can turn out to be a dangerous man with Agar. Michael Neser will provide an added advantage for a limited period of time as he is called by the Australian team for the Ashes. Daniel Worrall is injured and he won’t be available for the whole tournament. Harry Conway can act as an important swing bowler if given some playtime. Rashid Khan will handle the spin attack for the team. Fawad Ahmed will be providing an extra edge with Khan in the middle overs. Liam O’Connor can be a deadly spinner if given some playtime. Adelaide Strikers are struggling to have their best squad for the tournament. Most of their strong players are playing for the Ashes this year.

In the batting department, except Jake Weatherald, they don’t have any other batsmen to provide stability on the pitch. Even Strikers are aware that they can’t put the whole pressure on Weatherald. Their bowling line-up looks strong but except Rashid Khan and Wes Agar but no other bowler carries the experience of handling the pressure. They are also lacking a player, who can bowl during the death overs.